Earlier today, the newly-released Redmi Note 12 series went on sale. After an hour, the company announced there were sold over 350,000 units. This is another record for the firm.

As you remember, the Redmi Note 12 series were announced on October 27. Apart from it, many other products were launched along with the new series of cost-effective smartphones. 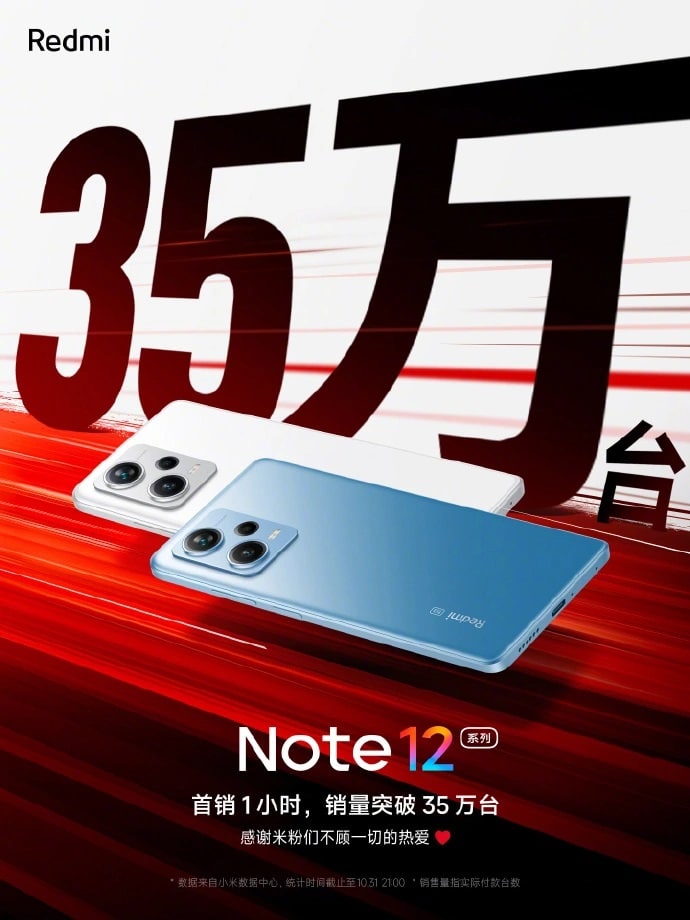 The series includes a few models, such as the vanilla version, the Pro variant, the Redmi Note 12 Pro+, the so-called Discovery Edition, and the Redmi Note 12 Trend Edition. The latter will go on sale a bit later, on November 11. As you see, this is the first time the Note line includes four devices. So that’s not difficult to guess that each of them has a concrete selling point set.

The Snapdragon 4 Gen 1 processor powers the Redmi Note 12 Standard Edition. The latter uses TSMC’s 6nm process and has 2 x 2.0GHz A78 + 6 x 1.8GHz A55 CPU architecture. The machine also boasts a 6.67-inch Samsung OLED screen, which supports a 120Hz refresh rate. On the back, it hosts a 48MP main camera, while under the hood, there is a 5000mAh battery with 33W fast charging support. Also, the phone comes with an infrared remote control and a 3.5mm headphone jack.

As for the selling points, the Pro version of the series comes with a 6.67-inch 2400×1080 domestic OLED flexible straight screen with a chin width of 2.9mm. The screen is arranged like a diamond. We can find a 50MP Sony IMX766 sensor on the back, which supports OIS (optical image stabilization). 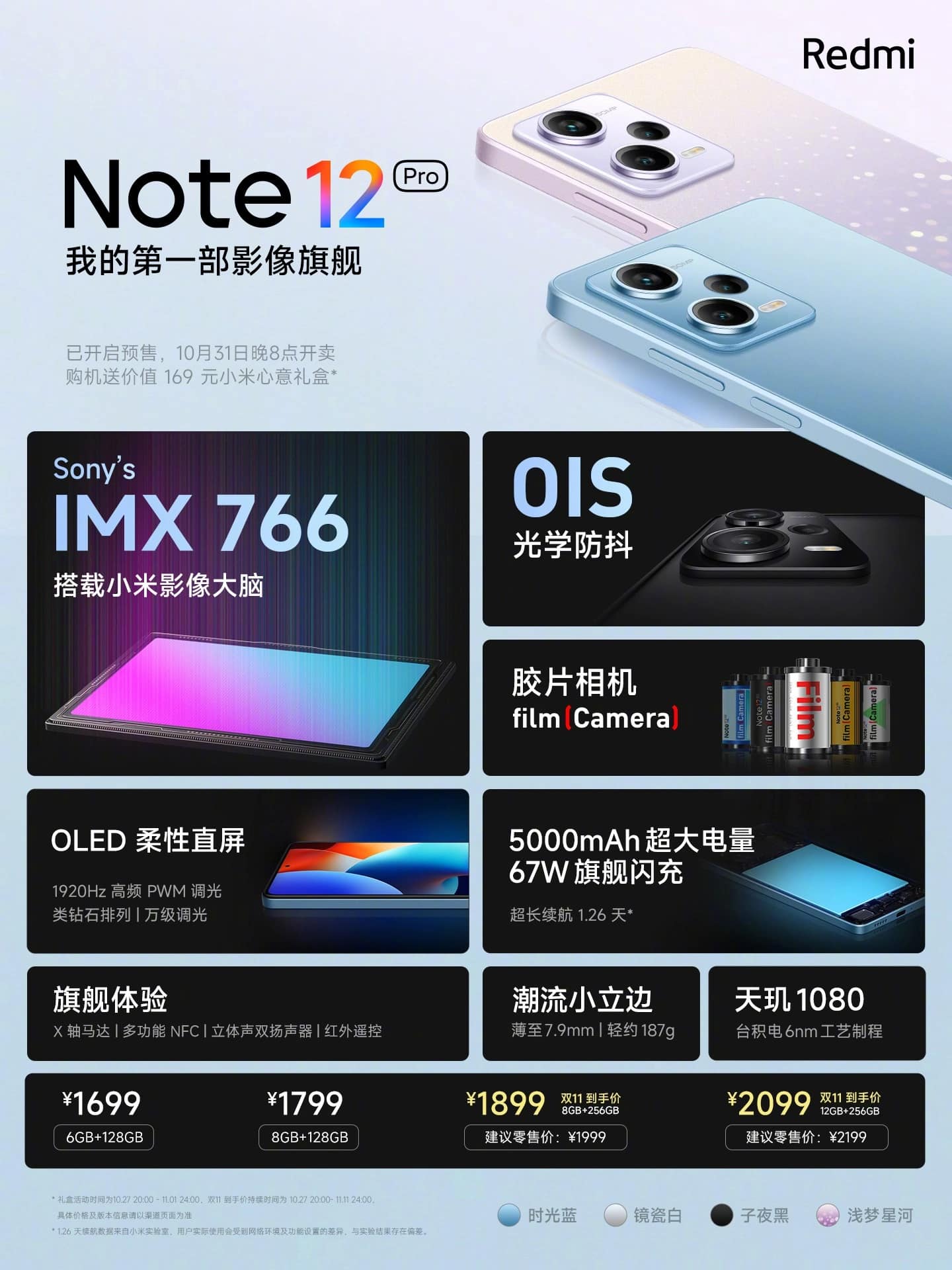 Like the previous model, this one also comes with the world’s first MediaTek Dimensity 1080 processor. However, the camera on the back of this variant has a 200-megapixel resolution. It uses the Samsung HPX CMOS with a 1/1.4-inch outsole, 2.24μm 16in1 large pixels, OIS + flagship 7P coated lens, and supports three camera modes.

The machine has a built-in 5000mAh battery, which supports 120W fast charging. Due to the in-house made Surge P1 chip, it can be 100% in 19 minutes. In the box, you will also find a 120W gallium nitride charger. 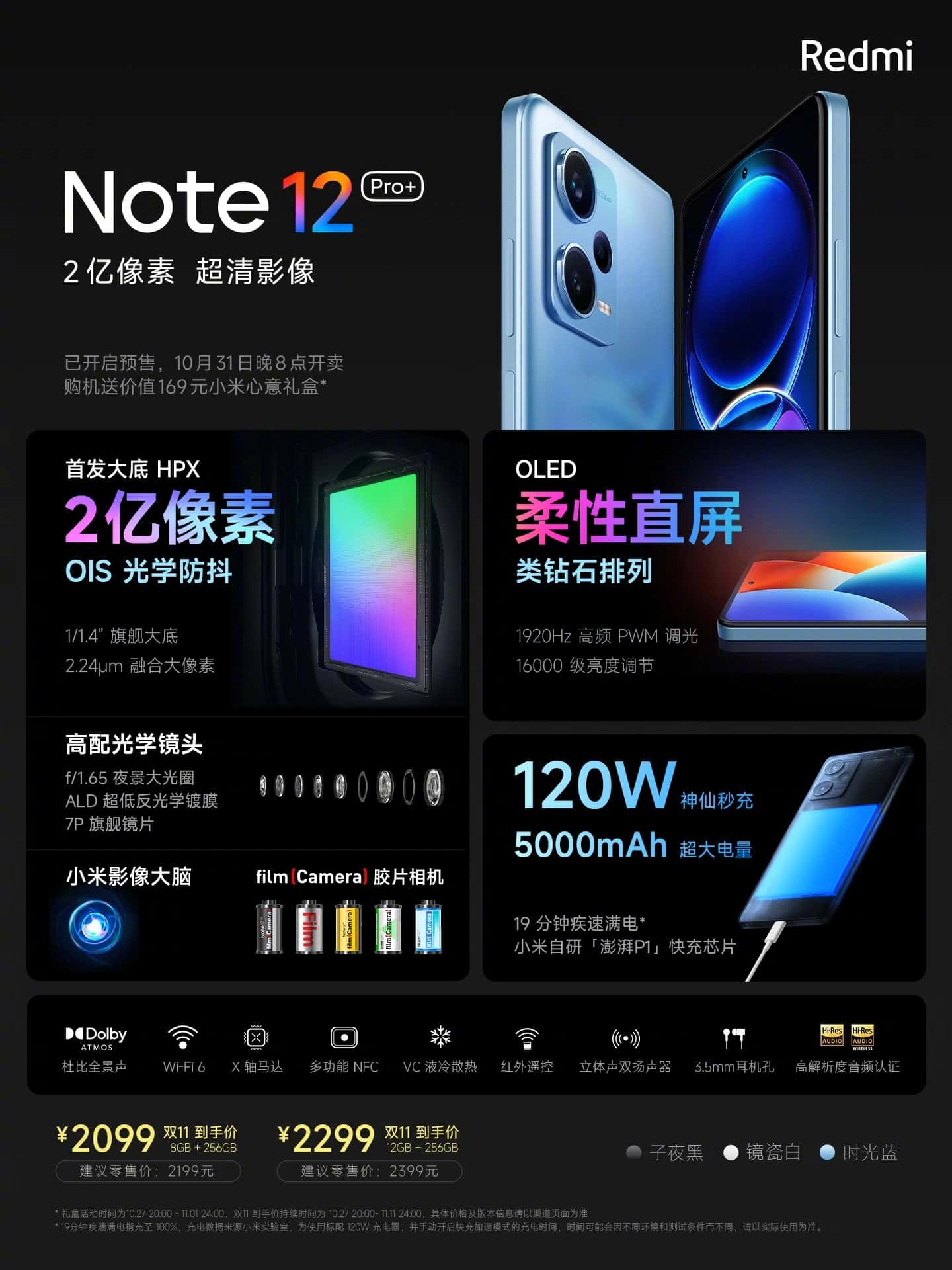 The Redmi Note 12 Discovery Edition is identical to the Pro+. But there is an exception – the 210W fast charging solution. However, the battery capacity is reduced to 4300mAh. Due to such a charging speed, the battery can reach 100% power in 9 minutes. 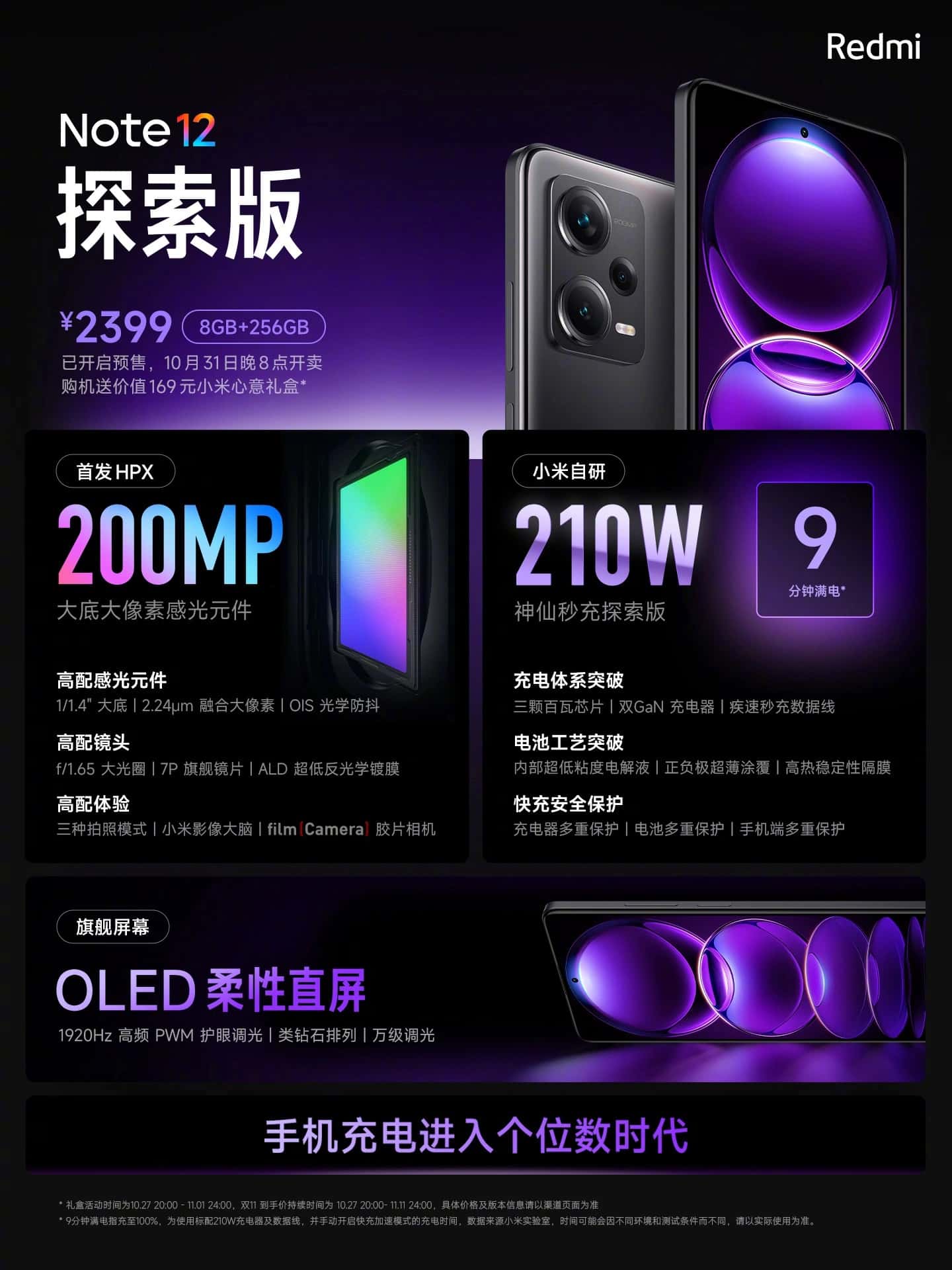