The Redmi Note 12 is already available for pre-order on Xiaomi Mall and JD.com. The series includes two versions – standard and Pro. Also, on the JD.com platform, we can see that the reservation deadline is October 27. So we guess it will be announced on this day.

From the official promotion, the Note 12 will have two new technologies in the world. One of them will be something new in the 11 series, while the second one will be the biggest improvement in the Note history.

In September this year, three new Xiaomi phones passed the 3C certification and were considered to be the new Redmi Note 12 series phones. The information shows that this series of phones support 67W, 120W, and 210W fast charging. 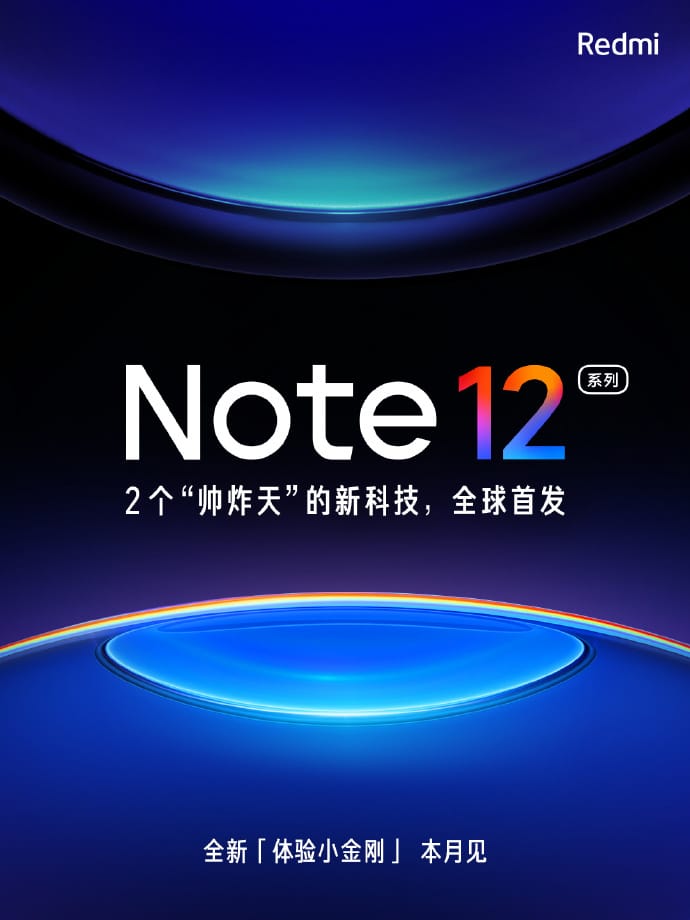 In terms of processors, we know that at least one of them will use the Dimensity 1080 chip for the first time. As a new member of the Dimensity series 5G mobile platform, the Dimensity 1080 adopts a 6nm process and has an octa-core CPU architecture design. It includes two Arm Cortex A78 big cores clocked at 2.6GHz. the chip will also integrate the Arm Mali-G68 GPU.

It is considered a mid-range smartphone. In the AnTuTu benchmark, the phone scores between 500,000 and 550,000 points. Thus, it’s at the same level as the Qualcomm Snapdragon 778G series. But we guess this is the vanilla version. The Pro and the other model will have a higher positioning and come with more powerful chips.

We also know that the Note 12 line handsets will come with a rear-mounted 50-megapixel module. The sensor size is about 1/1.5 inches. So there is every reason to call it a top-level.

In addition, the series will use a punch-hole screen with a resolution of FHD+.