The Redmi Note 12 Pro+ is the talk of the town. However, this shouldn’t sound surprising or odd because the upcoming Note-line model is going to be a genuine beast. Yes, the Note family still positions as a mid-ranger, but it will inherit many features from high-end models. Today, the company posted a few promo posters, disclosing some amazing features of the upcoming handset.

For instance, the Redmi Note 12 Pro+ will debut the Samsung HPX 200-megapixel sensor. The Samsung HPX sensor has a 1/1.4″ outsole, and the area is 24% larger than the Sony IMX766. The multi-pixel integration technology supports 16-in-1 to 2.24μm fusion large pixels. 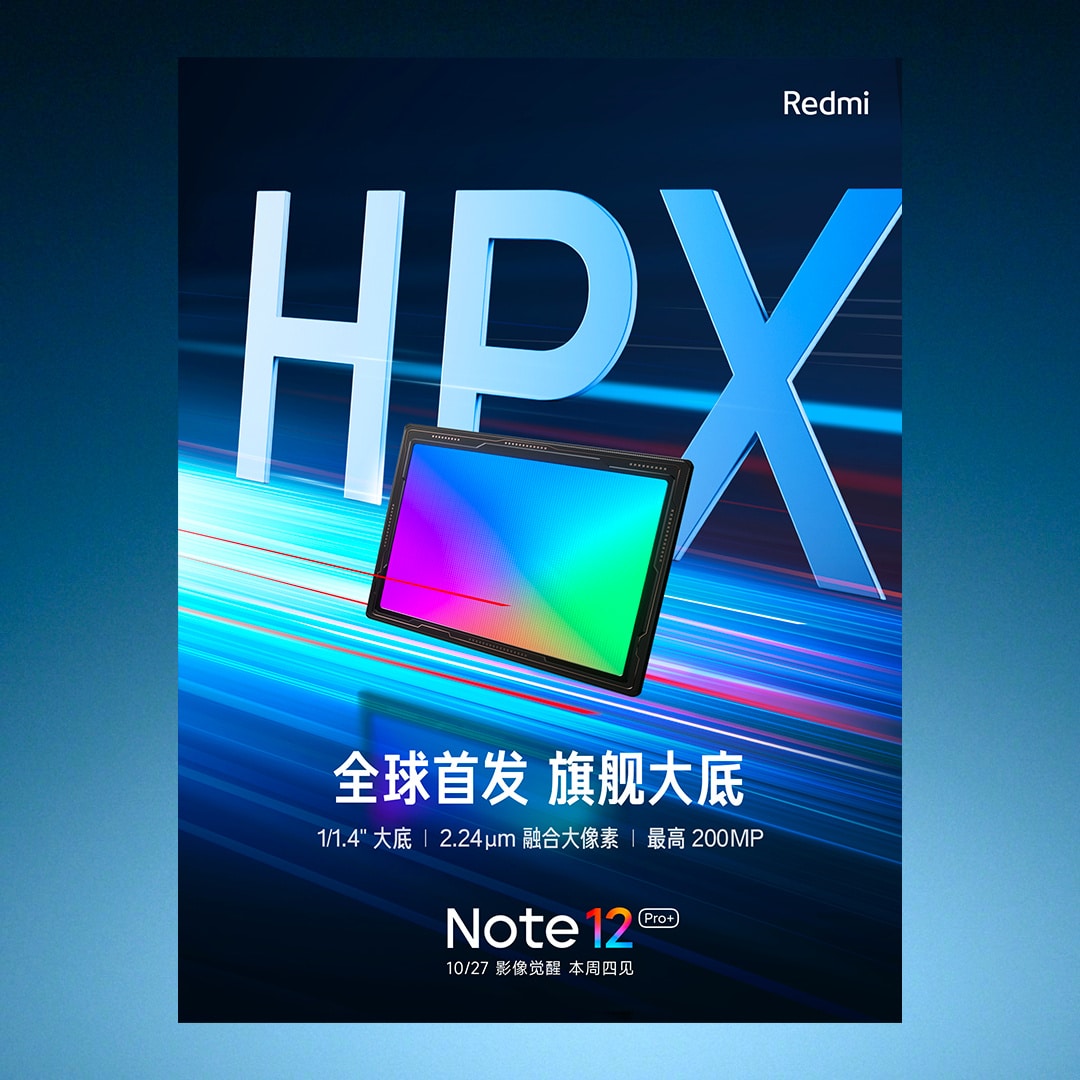 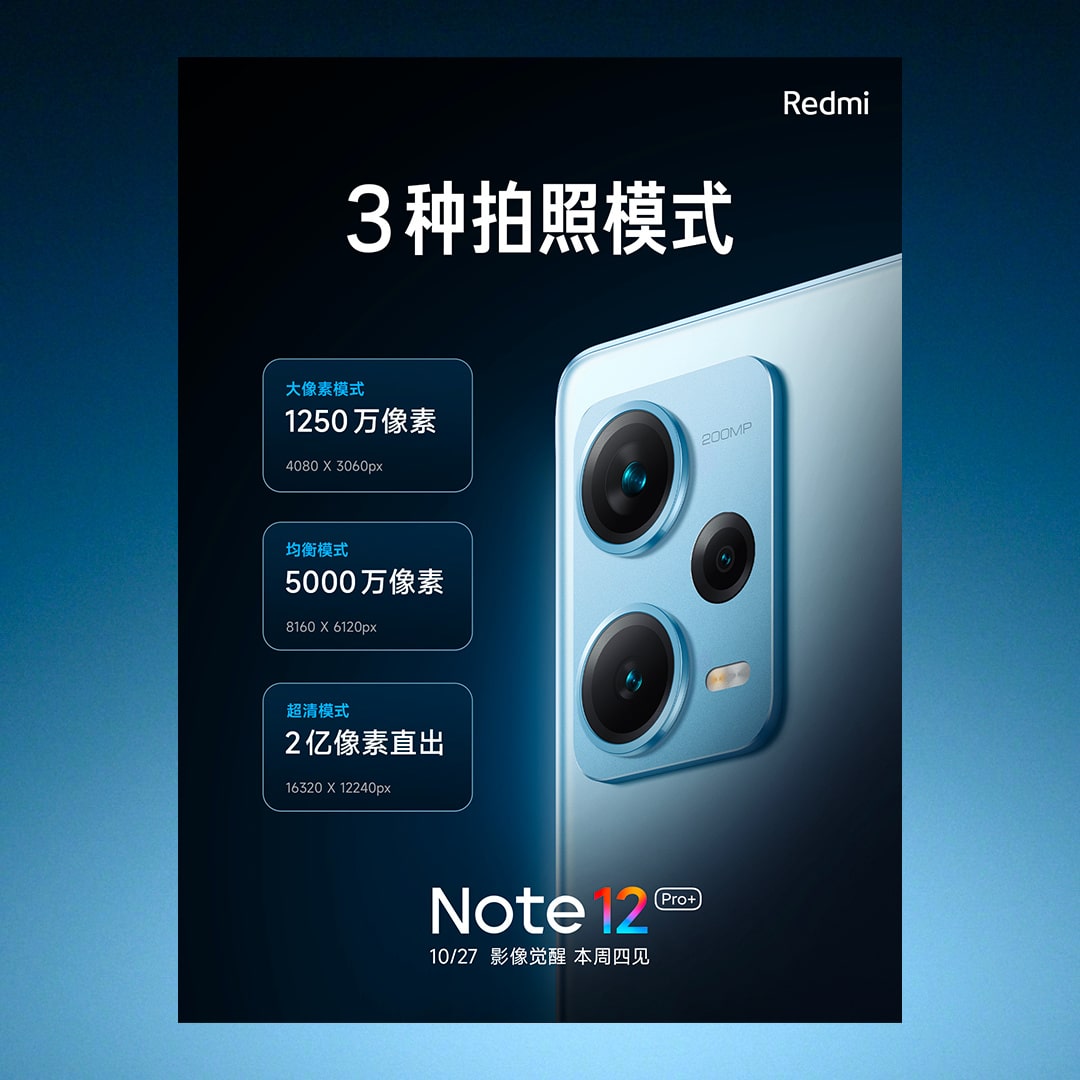 In addition, the Redmi Note 12 series will also use the Xiaomi Image Brain. It includes four parts: an intent recognition unit, a computing unit, an acceleration engine, and an ecological engine.

As you see, the camera has very powerful hardware and is believed to capture outstanding photos. We understand that for good photos, hardware is not enough. But when there is powerful hardware, the rest is a matter of software.

In addition, on the lens, the Redmi Note 12 Pro+ also adopts the 7P flagship structure. So the images should be much clearer.

At the same time, the aperture of the main camera will be increased to f/1.65. Thus, it will increase the amount of light entering. In its turn, it will enhance the imaging effect in dark light environments such as night scenes.

Judging from the officially-released photo samples, the technologies mentioned above have effectively improved the Redmi Note 12 Pro+ imaging quality. It is believed to have a good performance in various environments.

Prior to this, we saw that the handset would be available in at least two colors. From the official teaser, we learned that the main camera uses a 50MP Sony IMX766, with a 1/1.56″ outsole and 2μm fusion large pixels. It also supports OIS (optical image stabilization). But this is the sensor of the Pro version.