There are still many days before the Xiaomi Mi 13 hits the stores. But we are collecting information about the upcoming flagship series, like puzzle pieces.

For instance, today, we learned that it passed the 3C certification. The 2211133C model’s specs list shows that the device will support 67W fast charging. With a strong possibility, we are talking about the vanilla version because the Pro and Ultra variants ought to come with 120W and/or 200W fast charging solutions. Last month, the Xiaomi Mi 13 Pro with model number 2210132C also entered the network. At that time, we learned that this variant comes with a charger with the model number MDY-14-ED. The latter supports up to 120W fast charging. Also, the original version won’t get a charging upgrade because the Mi 12 came with a similar solution.

Before this, we were informed that the Xiaomi Mi 13 would return to the straight-screen design. It will focus on appearance and thinness. At the same time, the Pro version will use a hyperboloid screen. This model will have a 2K resolution, but the original version will be limited to the Full HD / 1.5K.

Under the hood, our protagonist will host the yet-to-come Snapdragon 8 Gen 2 flagship processor. Today, for the first time, we saw benchmark scores of the Qualcomm Snapdragon 8 Gen 2. The model is the Samsung Galaxy S23. The latter could reach 1524 and 4597 scores in GeekBench’s single-core and multi-core tests. The screenshot shows that the chip uses a 1 + 4 + 3 special architecture, and the ultra-large core frequency is up. 3.36GHz. The chip’s super core will be upgraded to the Cortex X3, which is 22% higher than the Cortex X2’s performance. The large core will be upgraded to the Cortex A715. Compared with the Cortex A710, the performance is improved by 5%, and the energy efficiency is improved by 20%. The Xiaomi Mi 13 / Pro series will likely score higher points. 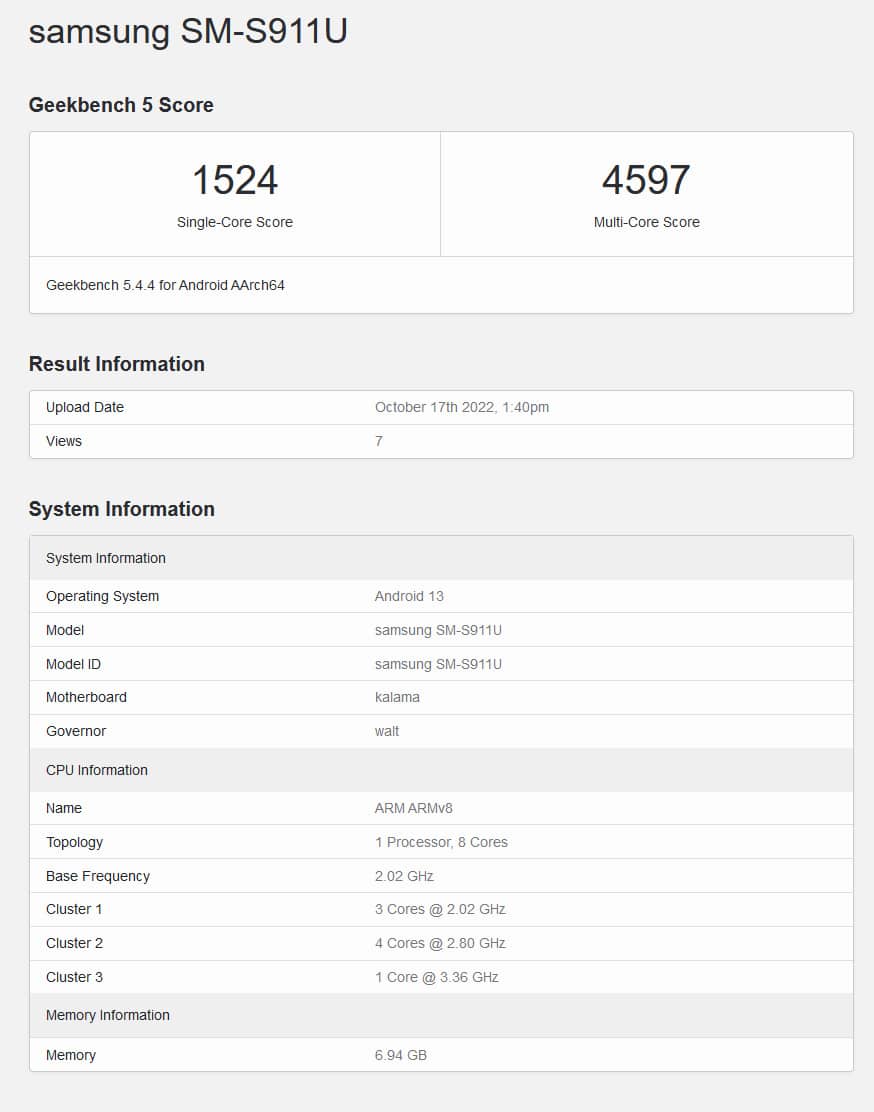 Of course, the phones from this series will leave factories with Android 13-based MIUI 14 onboard.

In terms of photography, it will use a 50MP camera module with an OIS (optical image stabilization) support. The Pro version with a 1-inch outsole will make an internal competition to the Ultra version.

Wrapping up, Xiaomi entered the premium segment a couple of years ago. And we have to say that its attempt is quite successful. The company freed the Redmi brand for this goal, fighting in the cost-effective segment.