Previously, we have heard that Qualcomm would release a new generation of flagship chips, Snapdragon 8 Gen 2, ahead of schedule in November this year. Also, the first batch of terminal products will debut in late November. There is every reason to think that the Xiaomi Mi 13 will be among the first phones coming our way with this chip onboard.

But what’s more interesting, the Xiaomi Mi 13 will not be a beast in terms of performance only but also in terms of viewing experience and screen.

Earlier today, a Weibo leaker said that the Xiaomi Mi 13 would sport a 6.36-inch ultra-narrow bezel straight screen. He also said that the engineering machine uses a flexible domestic screen, which boasts eye protection features and a resolution of 1.5K.

If true, this will also be the first time that Xiaomi’s flagship uses a 1.5K resolution. As a reminder, the Redmi K50 Ultra, which was released last month, comes with a 1.5K screen. Domestic manufacturers supply it. The screen has a 2712×1220 resolution and a pixel density of 446PPI, which is 13% higher than the 1080P of the same size. It is directly comparable to the iPhone 13 Pro Max. 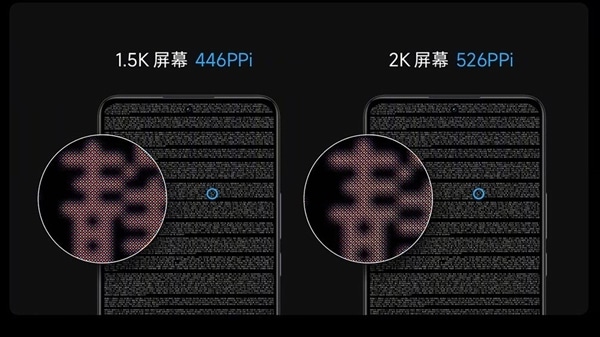 Lu Weibing believes that 1.5K will become the new mainstream of the industry with the advantages of taking into account high image quality and low power consumption. If so, Xiaomi has taken responsibility for it.