Redmi K60 series will make competition with any top-end smartphone, including e-sports models

ritarting today, the Redmi K60 series opened an appointment on JD. In less than a day, more than 160,000 booked it. From the listing, we can see that the series will include three models – K60E, K60, and K60 Pro. They all will come with different chips, namely Dimensity 8200, Snapdragon 8+, and Snapdragon 8 Gen 2, respectively. 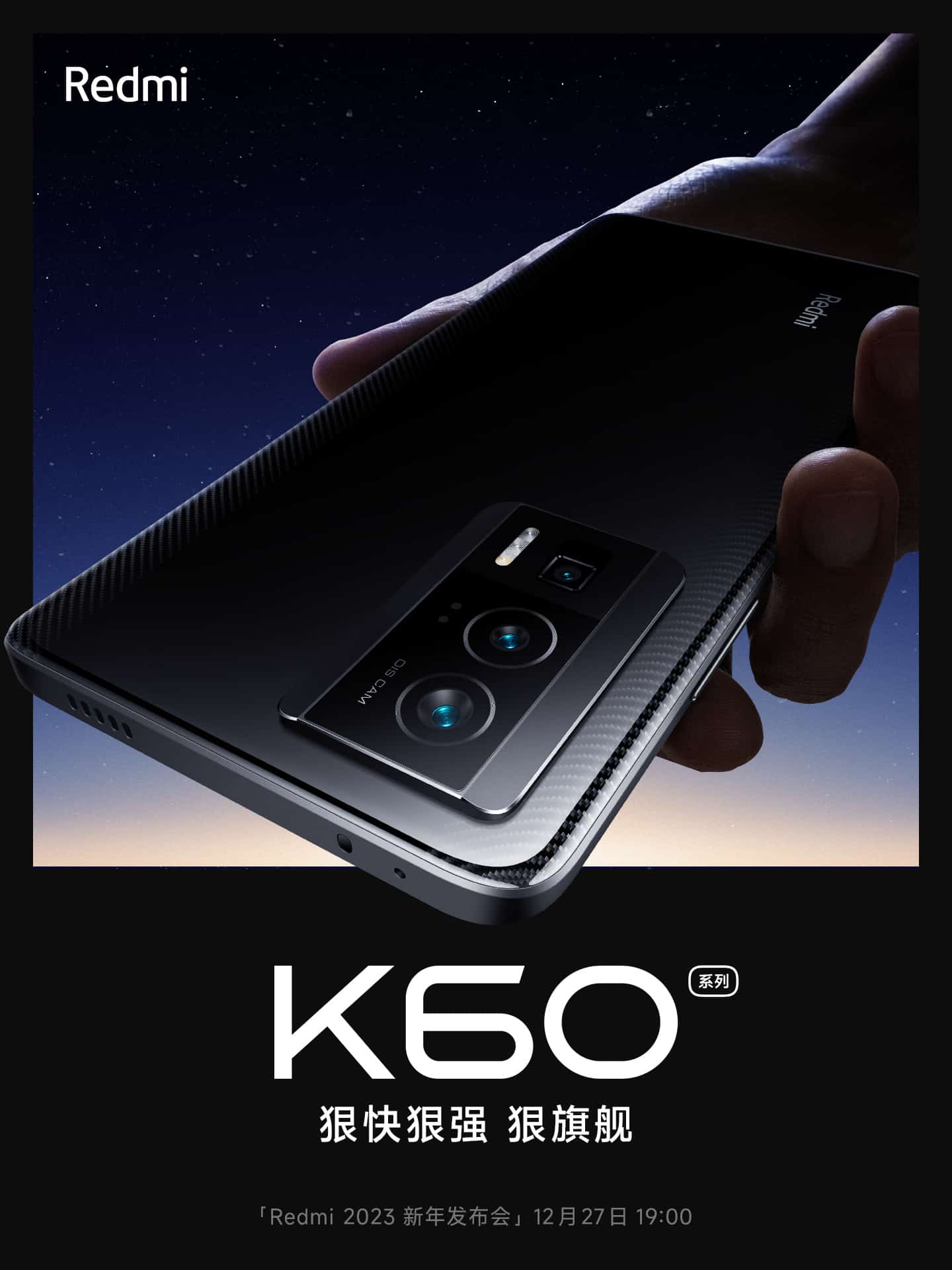 As you can see, there is no e-sports version. In this regard, Lu Weibing said that the new K60 lineup had changed a lot. He said that there is no need for e-sports phones in 2023. He is almost sure that e-sports phones will die out. It’s hard not to believe his words, because the Pro variant of the series will come with the Snapdragon 8 Gen 2 chip. Thus, it will be capable of handling any task, including heavy games. So logically there is no need to spend time and money on a phone that will perform like the existing models.

Moreover, the Redmi K60 Pro will use a self-developed tuning engine to fully surpass e-sports phones in terms of frame rate and image quality. Plus, Redmi will add a violent adjustment mode to the K60 Pro. So without reducing the resolution, it will be able to render the game in the original quality. 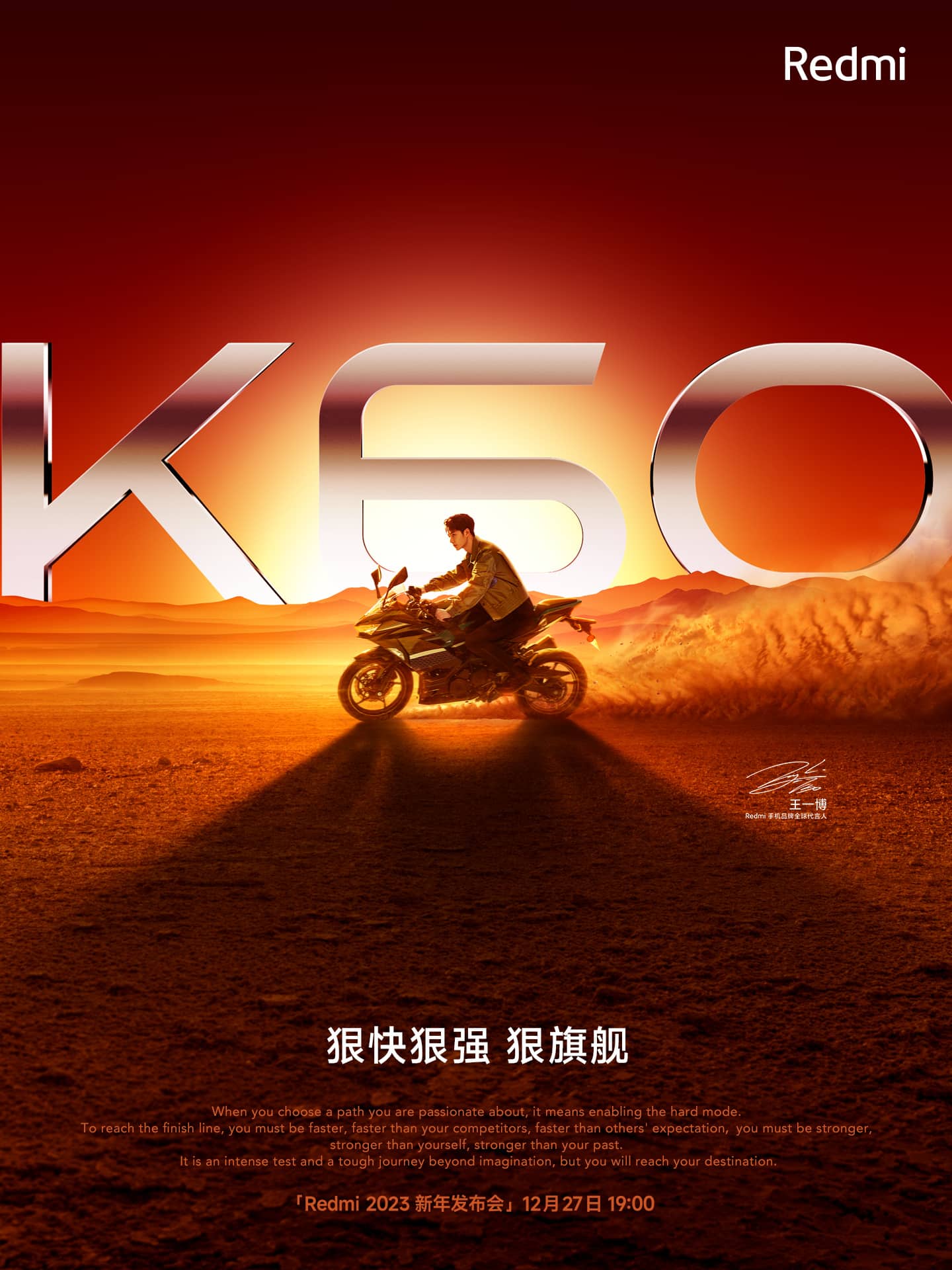 Other than that, three models in the lineup will cover all three most anticipated performance platforms. ​​​​For instance, the same K60 Pro’s core performance indicators will be comparable to or even surpass the Apple A16. At the same time, the energy efficiency is greatly improved compared to the previous generation. In AnTuTu, it scored over 1.35 million points.

The K60 is the strongest standard version, while the K60E is a new model added to the series. It is a flagship with light performance.

The most powerful configuration in Redmi history

As for the rest of the features, the Redmi K60 series will come with a 2K straight screen. The rear main camera of the high-end version will have a 50MP sensor, while the standard edition will have a 64MP main camera. Both support (OIS optical image stabilization), 120W wired flash charging and 30W wireless flash charging. Also, the K60 series has been upgraded to the latest LPDDR5X+UFS4.0, coming with up to 16GB of memory and 512GB of storage. The latest LPDDR5X, as the standard configuration of the current flagship machine, has increased the speed by 33% compared with the previous generation, and the frequency is as high as 8533Mbps. 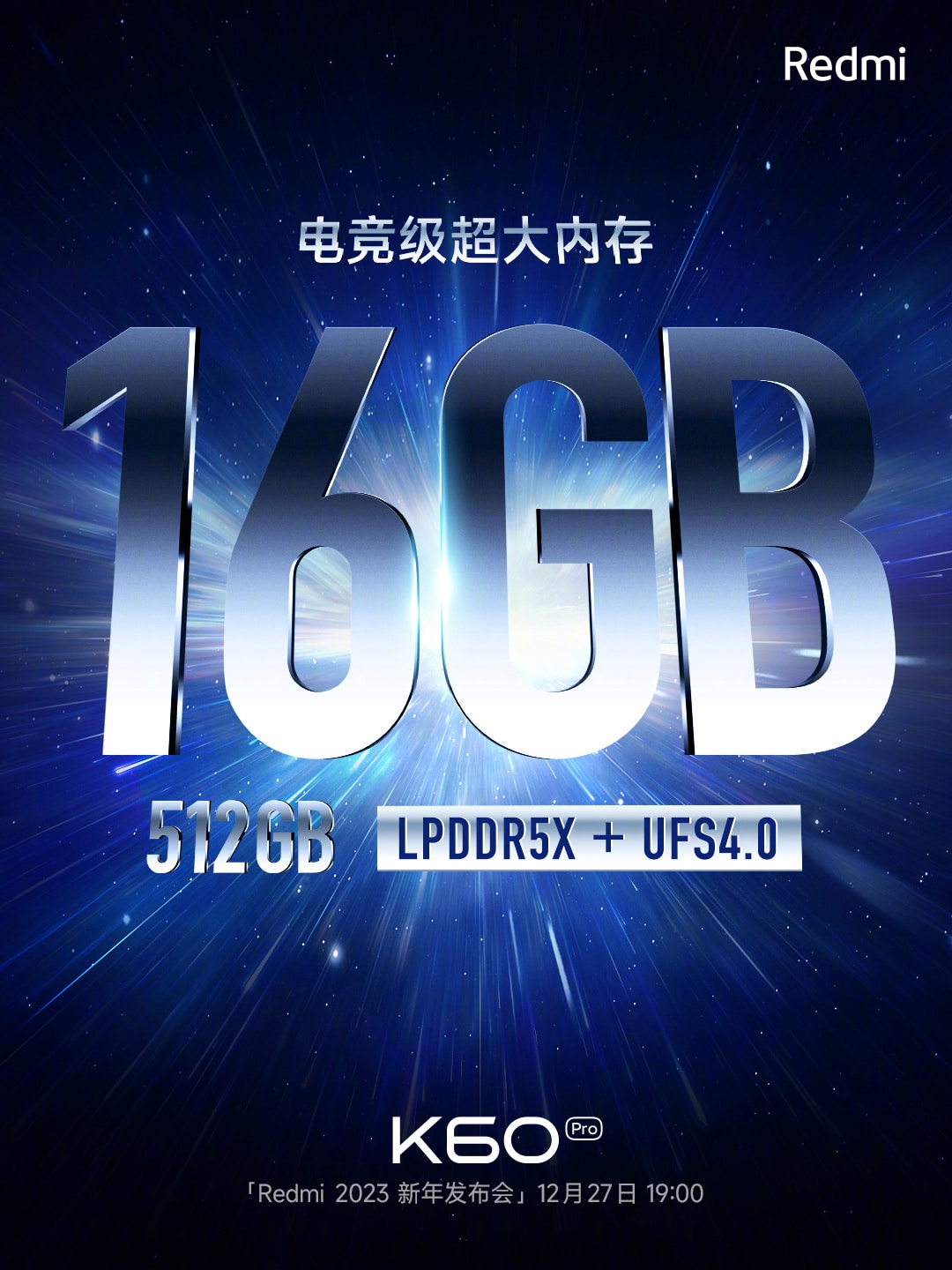 At the same time, as a new mobile flash storage standard released in August this year, UFS 4.0 is specially developed for mobile applications and computing systems that require high performance and low power consumption.

Thanks to the high-speed serial interface and optimized protocol, the interface bandwidth doubles to 23.2Gbps. It brings a maximum read and write speed of 4.2GB/s. Also, the sequential read/write speed increased by 100%, and energy consumption ratio increased by 46%.

The Redmi K60 series will debut on December 27.