Though there are still a few days left before the Xiaomi Civi 2 hits the market, we already know too much about the most beautiful smartphone of the brand. Today, the company released several promo teasers, revealing this or that feature of the upcoming device.

For instance, the Xiaomi Civi 2 will come with the Snapdragon 7 Gen 1 processor. This is a new chip based on Samsung’s 4nm process technology. It has one A710 super core with the main frequency of 2.4GHz, three A710 large cores at 2.36GHz, and four A510 small cores at 1.8GHz. Also, the processor integrates the same ISP as the Snapdragon 8 series does. This chip can process 2.5 billion pixels per second. Also, the shooting speed is greatly improved. At the same time, the AI ​​computing power has been increased by 30%, bringing more intelligent imaging experience, such as more powerful beauty algorithms and so on. 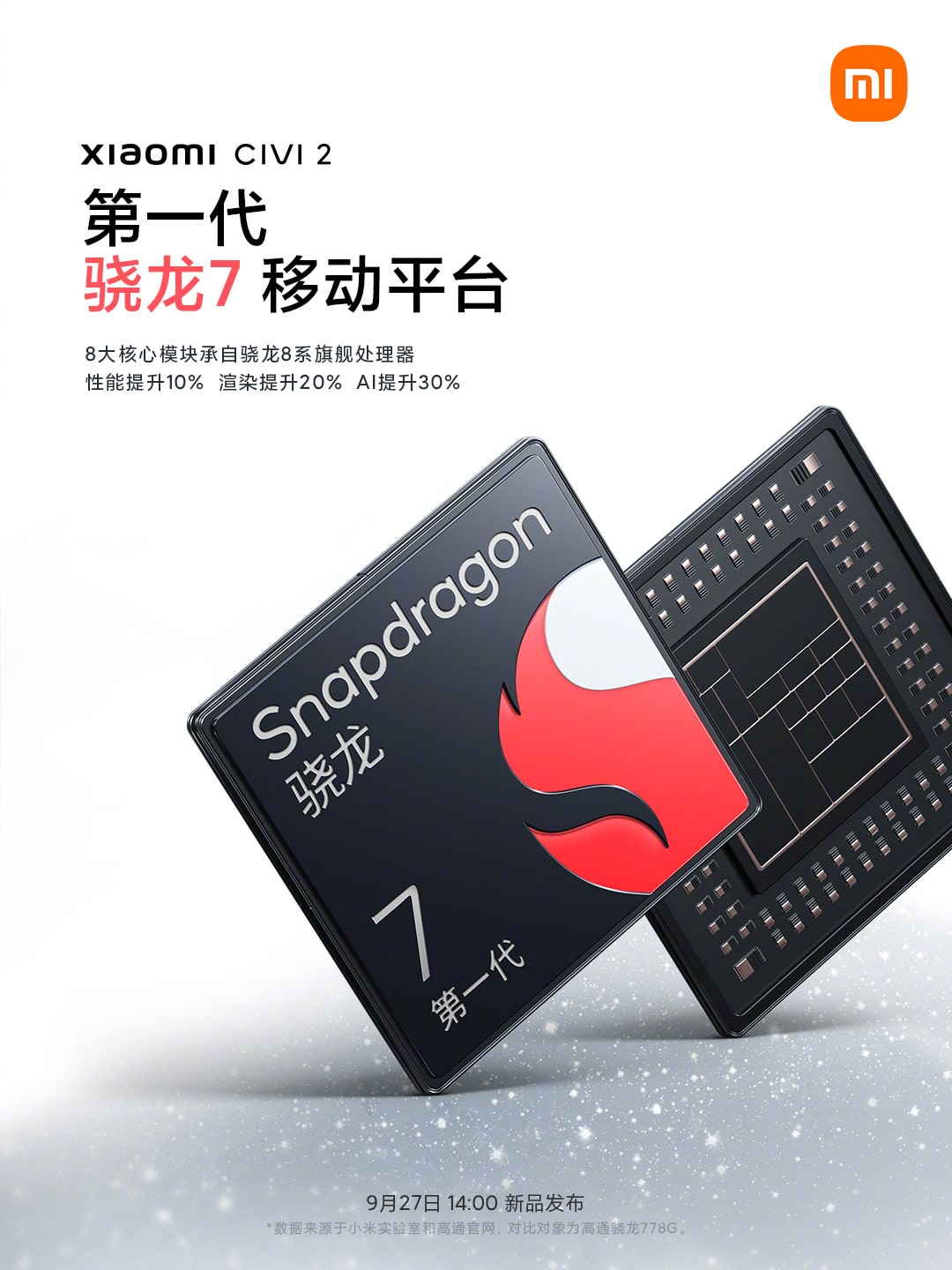 The Snapdragon 7 also integrates the Snapdragon X62 5G baseband and radio frequency system that conforms to the 3GPP R16 standard for the first time. It has a maximum downlink rate of 4.4Gbps and supports 5G+5G dual-card dual-pass technology. 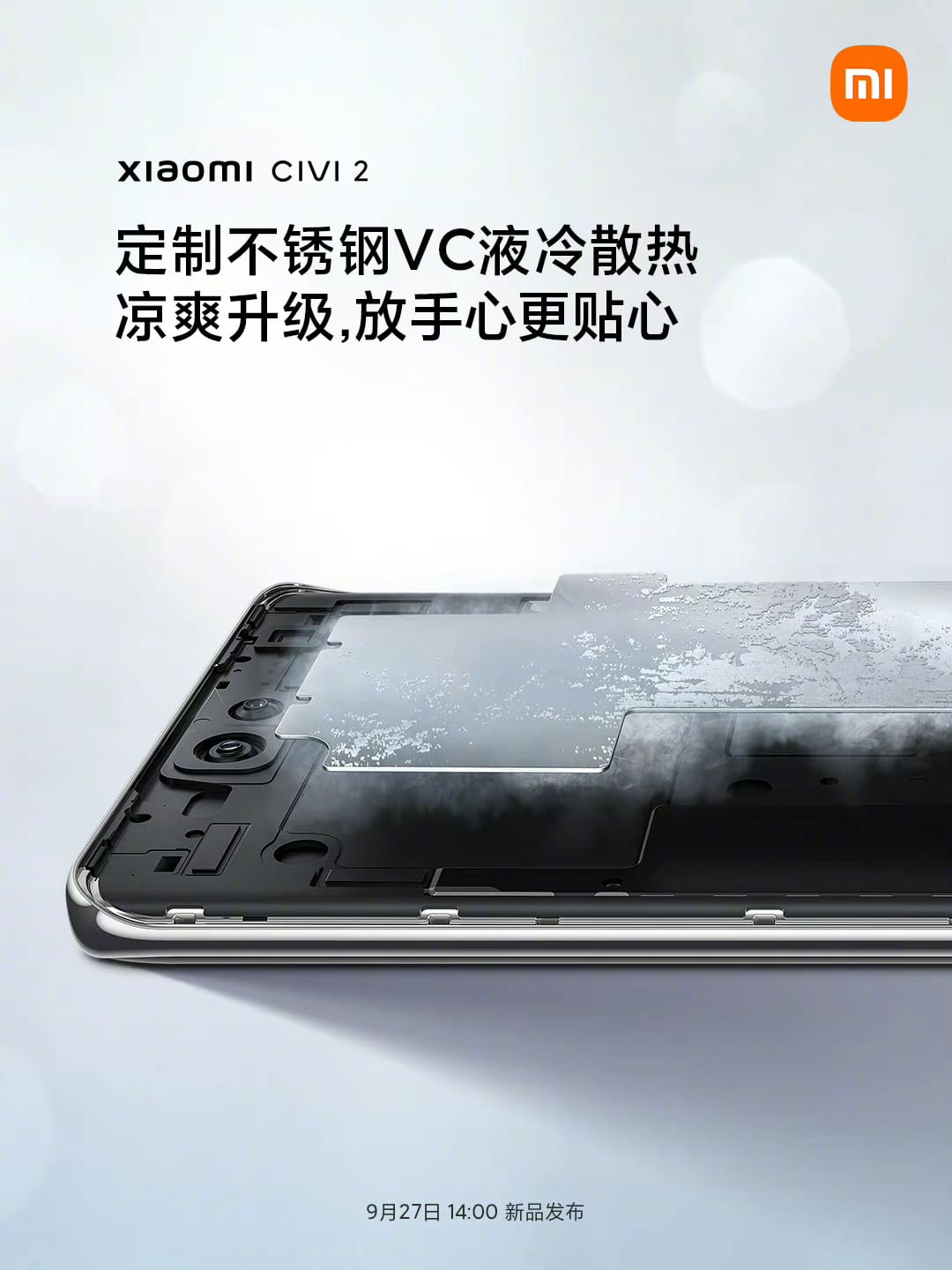 The heat dissipation capacity of the new phone has been increased by a full 200%. So there is no need to worry about serious heating problems during long-term use.

Moreover, the screen on the front will support 1920Hz high-frequency PWM dimming. This curved screen will also have an FHD+ resolution and support a 120Hz refresh rate. 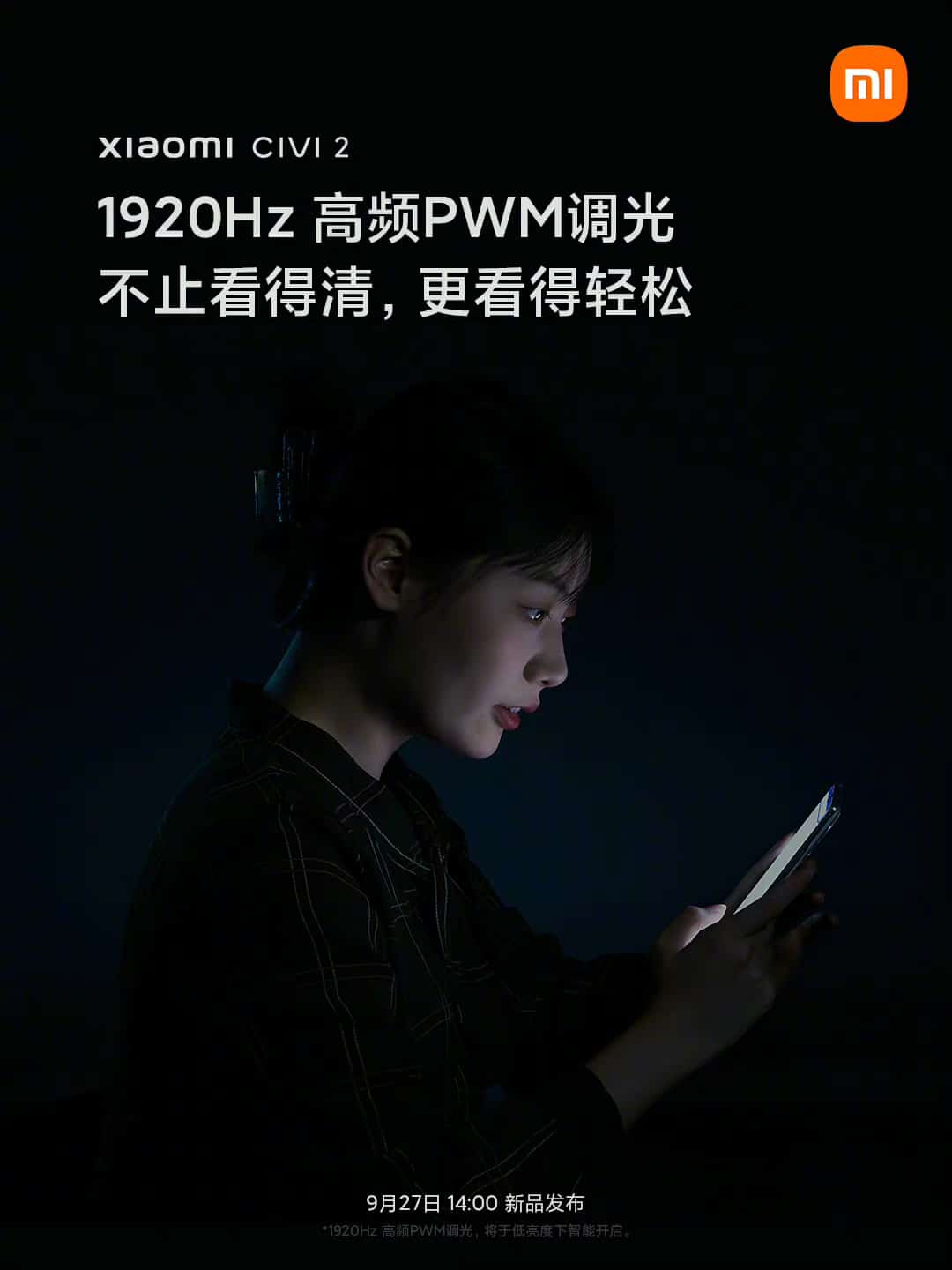 In addition, the Xiaomi Civi 2 uses an AG glass body and a middle frame without injection breakpoints. The phone has two Dolby speakers.

Our protagonist will be available in four colors: black, white, pink, and blue. The most important thing is that this configuration is achieved with a weight of 171.8g and a thickness of 7.23mm. It achieves an industry-leading battery life combination in such a thin and light body, which will solve the pain points of thin and light mobile phones.

Other features of Xiaomi Civi 2

We also know that there will be two 32MP cameras on the front. They will have a large aperture and an ultra-wide angle. Plus, the selfie camera will accompany four soft front lights, bringing the most natural selfie effect and the most uniform fill light effect. The two cameras will be placed in the elongated hole. The ultra-wide-angle lens can achieve stronger blurring. 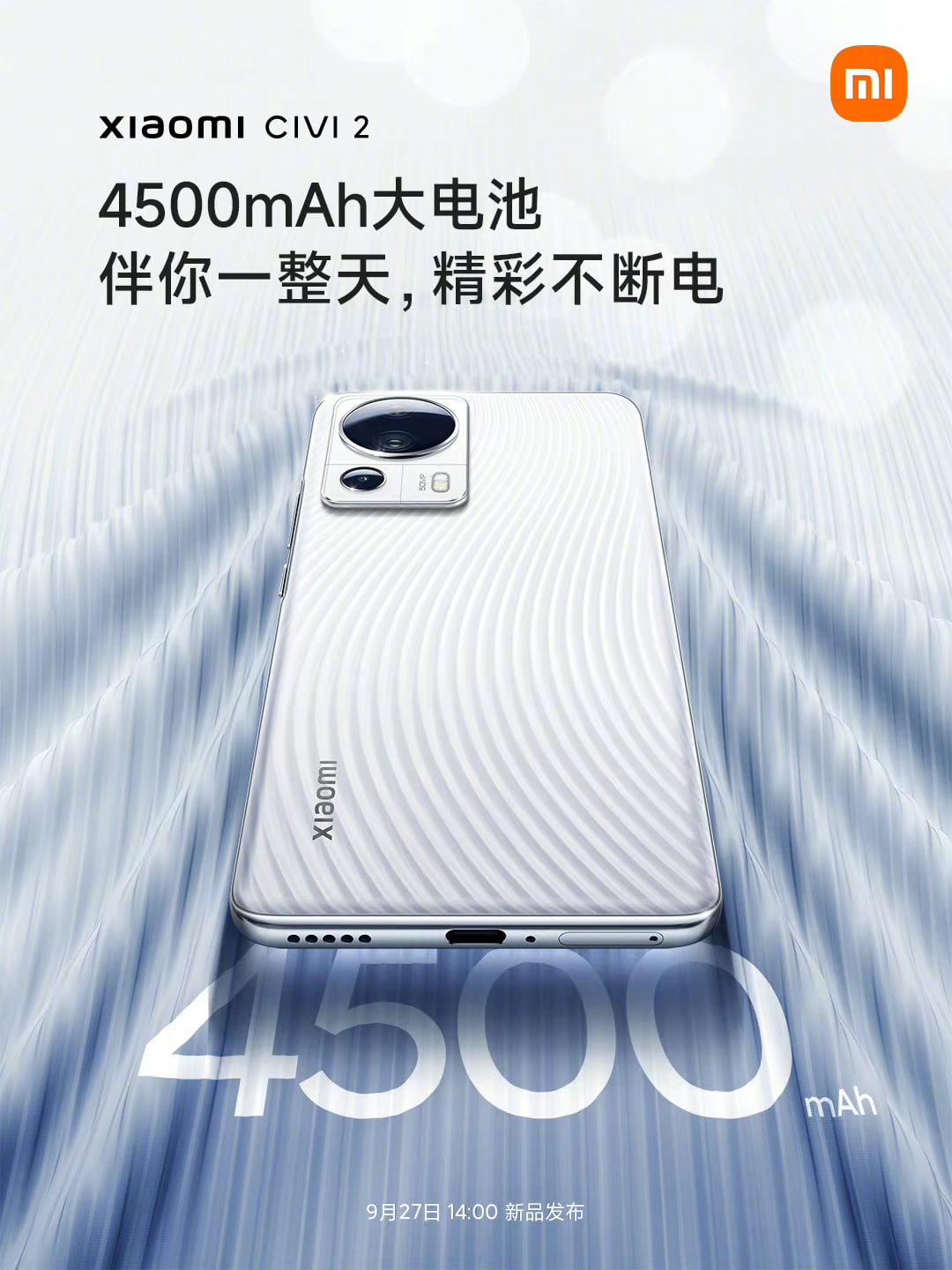 The rear camera of the phone will use the same flagship sensor as the Xiaomi Mi 12, Sony IMX766.