Just wait for a few days, and you will meet with the most beautiful smartphone of Xiaomi. The Xiaomi Civi 2 is scheduled to hit the market on September 27. As there are only a few days left before the launch, the company is actively promoting this product. Today, we learned that the phone would have a few color options, including the pink version, which should be what female customers want. 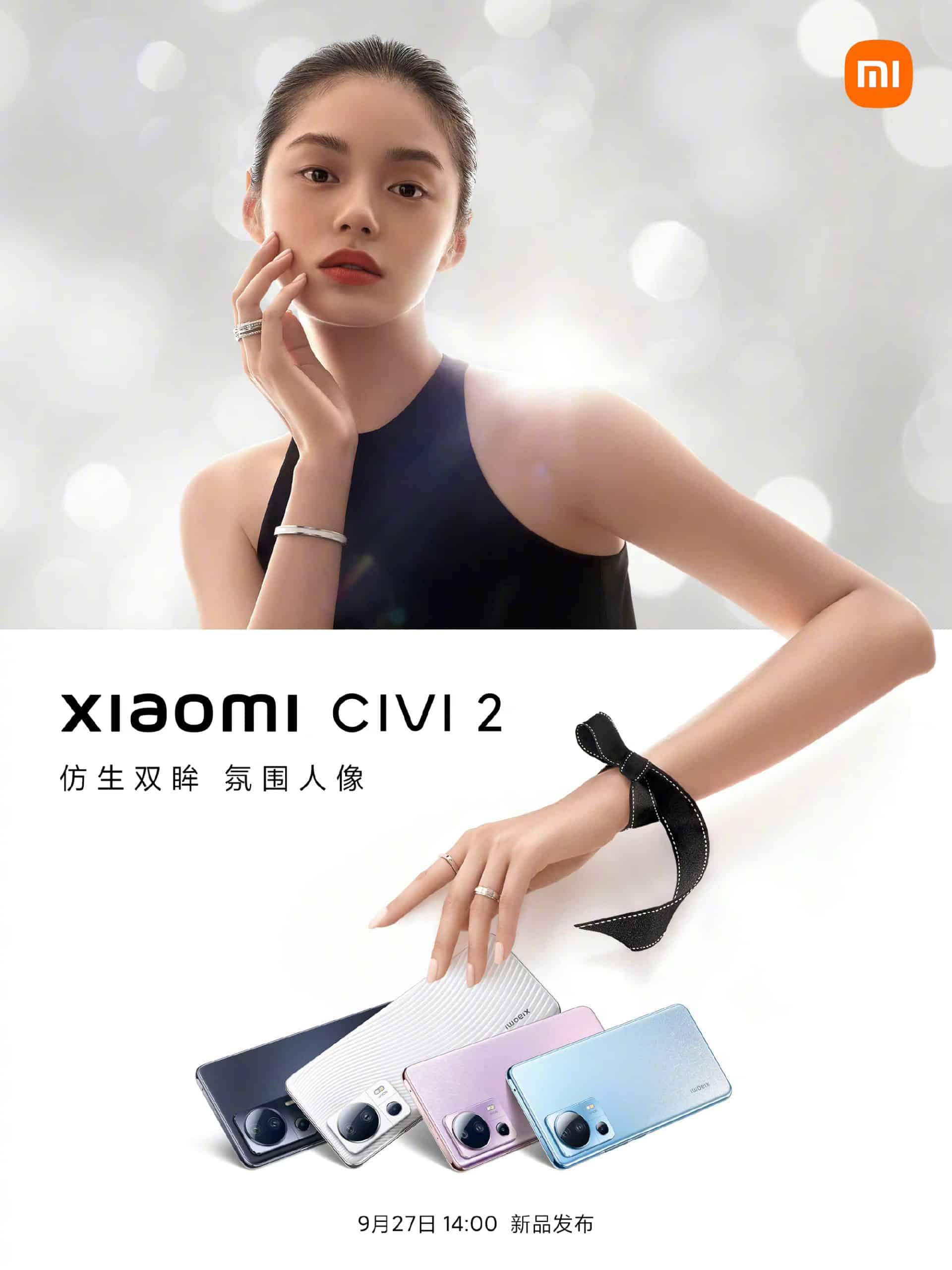 The first-gen Xiaomi Civi used a unique velvet AG glass, which provided a velvety soft touch. So there is every reason to think that the upcoming model will at least use similar technology.

As a new member of the Xiaomi Civi series, the forthcoming Xiaomi Civi 2 camera has been fully upgraded. For instance, there will be a dual-selfie camera on the front. This camera module will include a 32MP professional main camera and a 32MP ultra-wide-angle lens. The latter increases the light input by 101.8% compared to the previous generation, while the camera speed is increased by 144%, and the night photo speed is increased by 246%. This camera supports autofocus, 100° ultra-wide-angle shooting, and has four color temperature fill lights. Lastly, the selfie shooter is three-speed adjustable to adapt to different scenes.

Today, a Xiaomi executive also explained some features of the phone. He said that many users have the problem of a big face when doing calls via the front camera. The reason is that the distance between the front camera and the face is already short. Plus, the video will be further cropped compared to the photo, and there will be only one big pie face left.

If you want to take a selfie video, an ultra-wide angle is a must. That’s why the Xiaomi Civi 2 comes with a 100-degree ultra-wide-angle main camera.

The video beautification effect of the Xiaomi Civi 2 is also quite good. It is not over-processed, but it will look very spiritual and remove the distortion and ugliness caused by the lens.

The main camera is the same as that of the Xiaomi Mi 12. Thus, it will be the Sony IMX766 CMOS. Besides, the phone will come with an ED ultra-low dispersion optical glass lens. It provides better edge image quality for daytime shooting, higher light transmittance for nighttime shooting, and better noise reduction performance.

With the substantial improvement of the front and rear camera hardware, the Xiaomi Civi 2 will also sport the Mi Image Brain. It improves the camera’s startup speed, camera speed, selfie speed, and night scene speed compared to the previous generation.

From the previously-announced info, we know that it will weigh 171.8 grams and be 7.23mm thick. Inside, the handset will host the Snapdragon 7 Gen 1 processor. The rest of the features include an FHD+ 120Hz flexible screen, a rear 50MP triple-camera module, and two Dolby speakers. This device should come with 67W fast charging support.

Also, some users showed spotted spy photos of the phone. The pill in the center is clearly visible, and it has an off-screen fingerprint recognition module.

We want to recall that there will be a Hello Kitty variant as well.