Today, we learned that the Xiaomi Civi 2 event would take place on September 27. So we expect to see the next-gen, most beautiful smartphone under the Xiaomi brand. 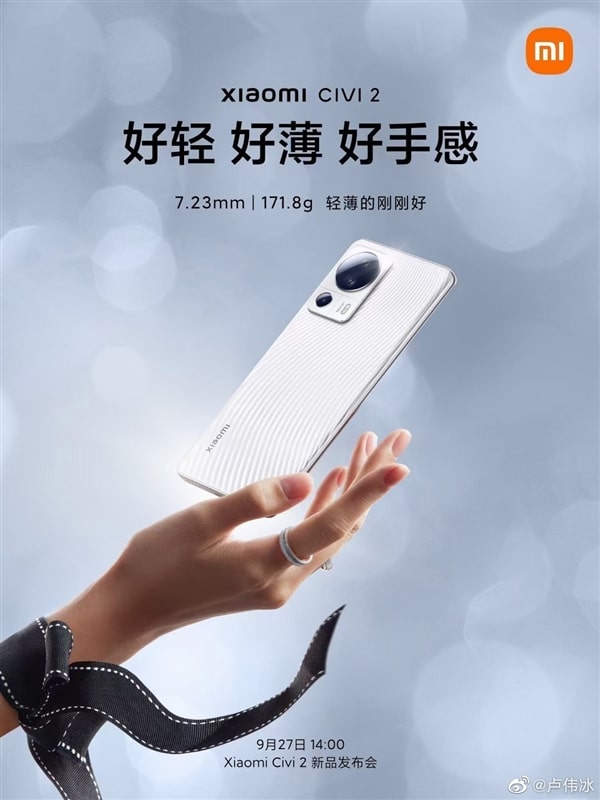 As a Weibo leaker said, the Xiaomi Civi 2 weighs 171.8 grams and is 7.23mm thick. As a reference, the first-gen Civi was extremely thin and light. Its thickness was only 6.98mm, its weight was only 166g, and its width was 71.5mm. At the same time, there was a large 4500mAh battery. We have no information concerning the battery capacity of the upcoming model. But it will support 67W wired flash charging.

It has a rear 50MP triple-camera module, an AG glass body, and a middle frame without injection molding breakpoints. The phone also has two Dolby receivers.

Under the hood, our protagonist hosts the Snapdragon 7 Gen 1 processor. The latter uses Samsung’s 4nm process technology. It includes one A710 super core at 2.4GHz, three A710 large cores at 2.36GHz, and four A510 small cores at 1.8GHz. In terms of GPU, the graphics rendering speed of the Snapdragon 7 is 20% higher than that of the Snapdragon 778G. 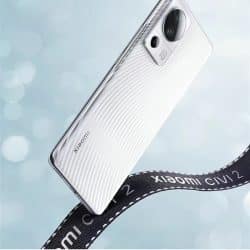 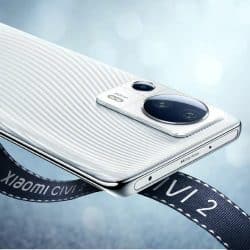 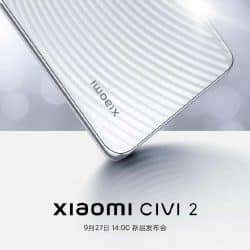 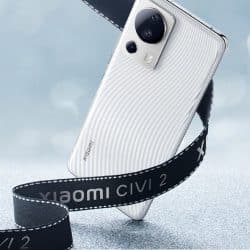 On the front, we should find an FHD+ screen with support for a 120Hz refresh rate.

In addition, the Xiaomi Civi 2 has been officially announced to be co-branded with Hello Kitty. The official poster shows that the Mi Civi 2 adopts a “ripple” design of the back shell, with rounded corners. We can also see that the rear camera uses the style of the Mi 12 series. 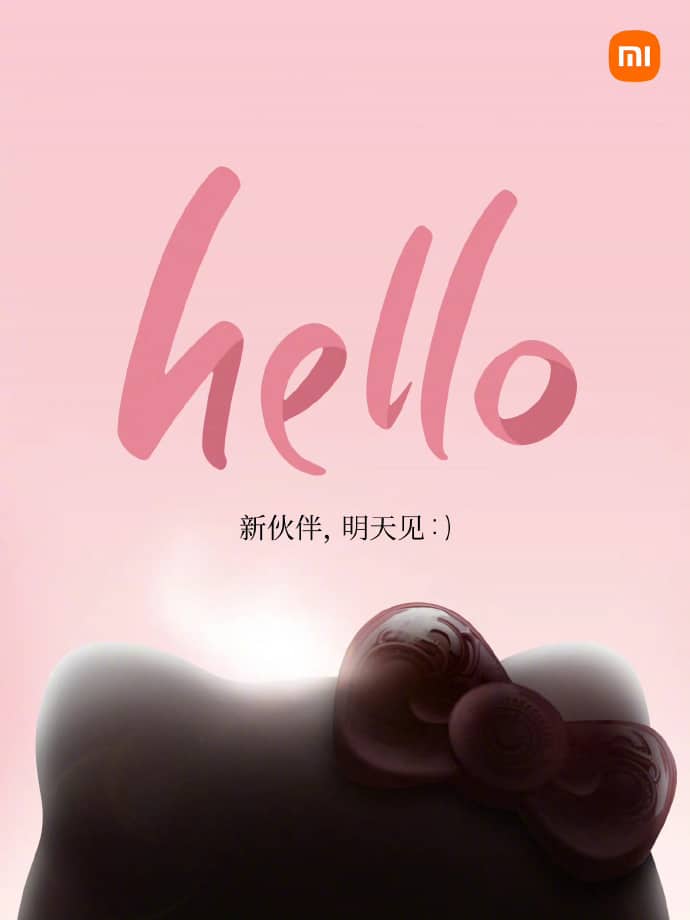 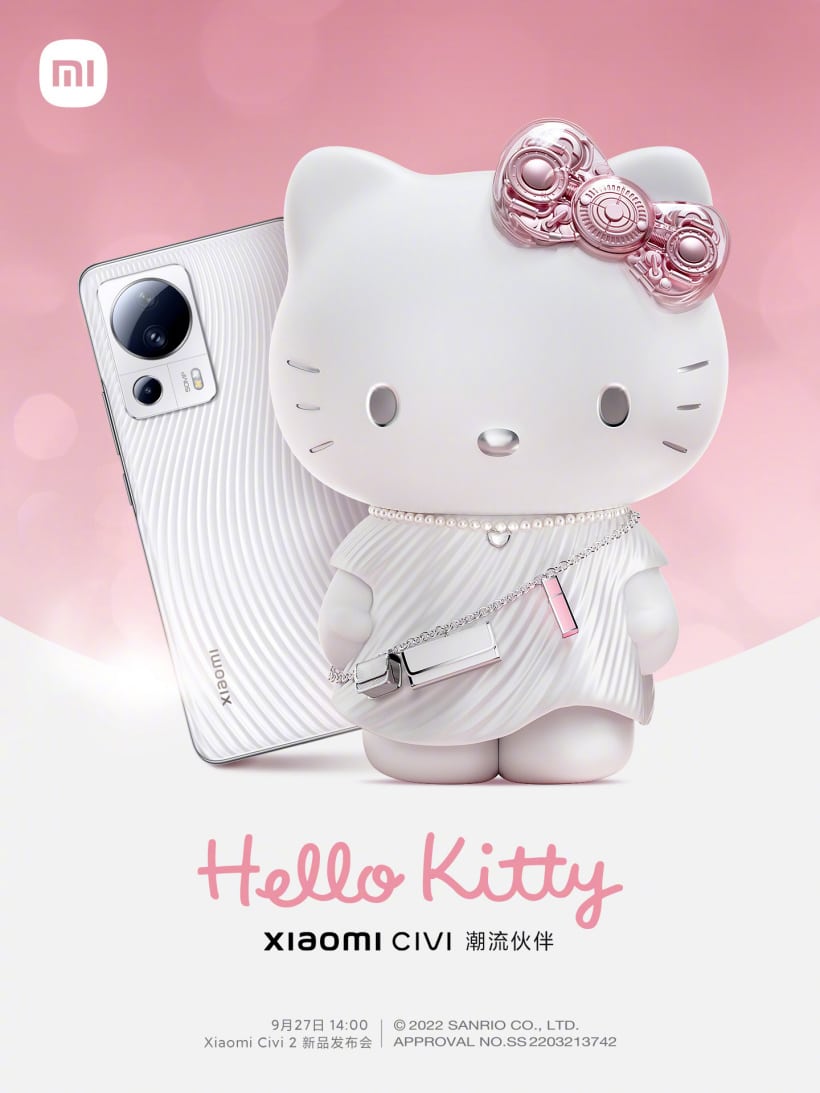 In addition, the Xiaomi Civi 2 will come with self-developed beauty technology. It is officially called “pixel-level skin rejuvenation technology.” The latter differs from the previous microdermabrasion technology. It does not roughly wipe out the acne. But after deeply learning your real skin characteristics, the skin characteristics are reconstructed in the problem skin area. Therefore, every photo taken by the Civi series can achieve a real and beautiful effect.