In a couple of days, on August 11, Xiaomi CEO Lei Jun will hold an annual speech. During it, the company will uncover many new products, including the second-gen Xiaomi MIX Fold 2. Today, the company released a promo video, in which it shows the hinge technology used in the new machine.

The Xiaomi MIX Fold 2 adopts the micro-droplet shape of the hinge that Xiaomi has self-developed in 651 days. With an innovative integrated lightweight design, it brings a smaller radius of micro-droplets, a shorter hinge width, and a thinner and lighter shape. 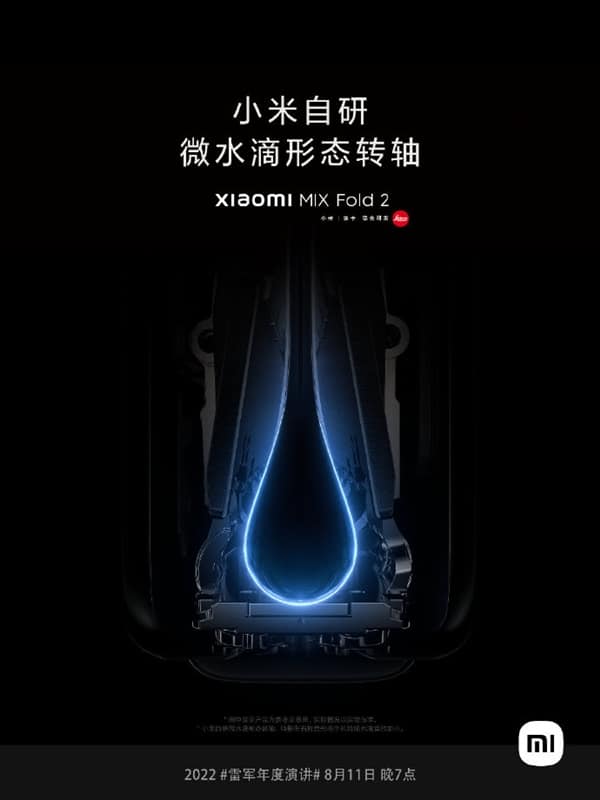 Through the zero-welding integrated precision process, the number of hinge parts has been greatly reduced to 87. At the same time, it also uses a customized miniaturized hinge mechanism and a variety of high-tech materials. Compared with the industry average, the weight is reduced by 35%, and the thickness is reduced by about 25%. 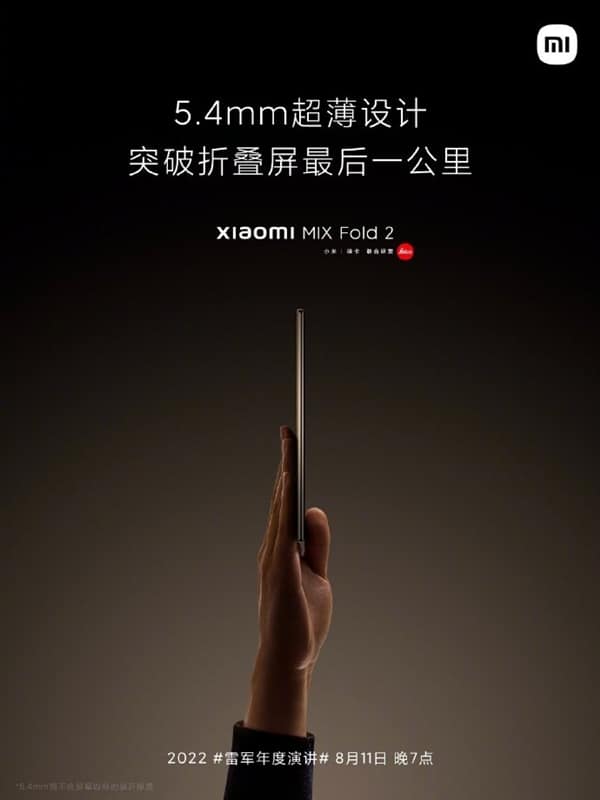 It is worth mentioning that the thickness of Xiaomi MIX Fold 2 when unfolded is only a little thicker than the USB-C interface. The thickness after unfolding is only 5.4mm. Agree that this is a huge improvement compared to the 7.62mm unfolded of the previous generation.

Also, JD has opened an appointment for the phone. Thus, nothing will prevent the company from launching the Xiaomi MIX Fold 2 as planned.

By the way, the Samsung Eco² OLED screen has a 25% lower power consumption than the traditional OLED screen. At the same time, the screen crease is better controlled. What’s more interesting, the external screen resolution of the Xiaomi MIX Fold 2 has reached 2520 x 1080 pixels. The ratio is 21:9. Thus, the company returns to the mainstream screen ratio. 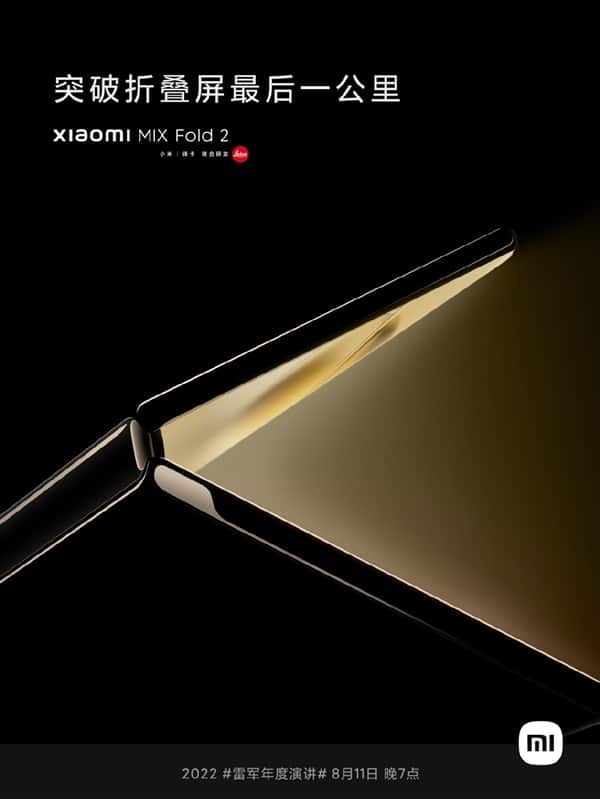 In addition, the phone will use Xiaomi’s self-developed professional imaging chip Surge C1. This processor has a dual filter configuration, which can realize parallel processing of high and low-frequency signals, and the signal processing efficiency is increased by 100%. With the self-developed algorithm, the 3A (AF, AWB, AE) performance of the image is greatly improved.