Following the schedule, today, VIVO introduced a new series of flagship phones in the face of the VIVO X90. The series includes three models, namely the vanilla variant, the Pro model, and the Pro+ model. 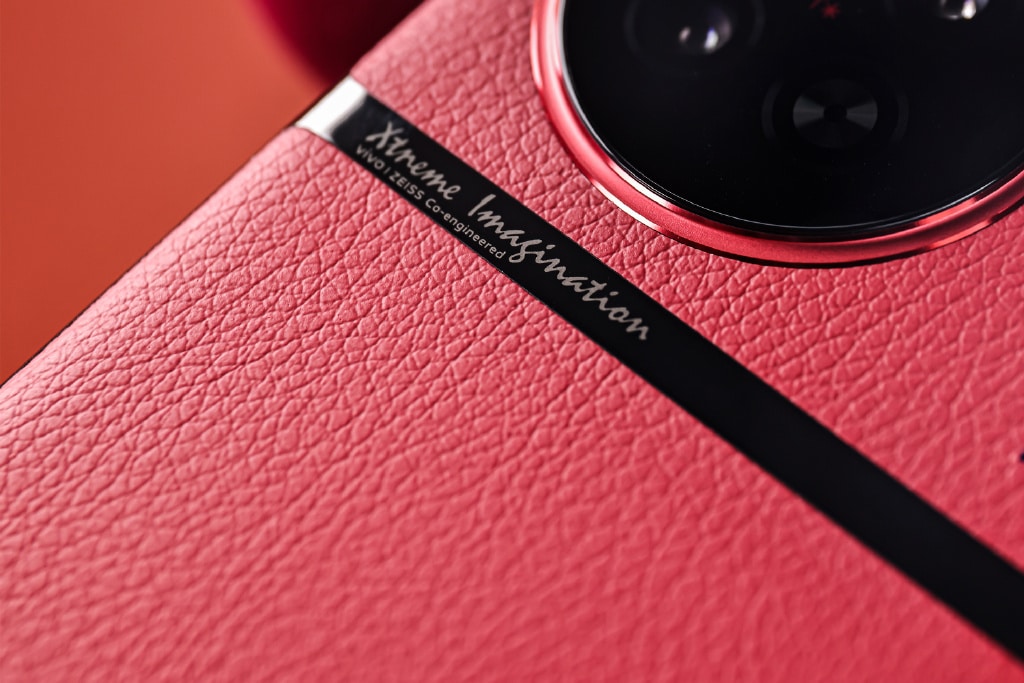 The Dimensity 9200 scores as high as 1.28 million points in AnTuTu, and the overall power consumption is more than 25% lower than that of the Dimensity 9000. 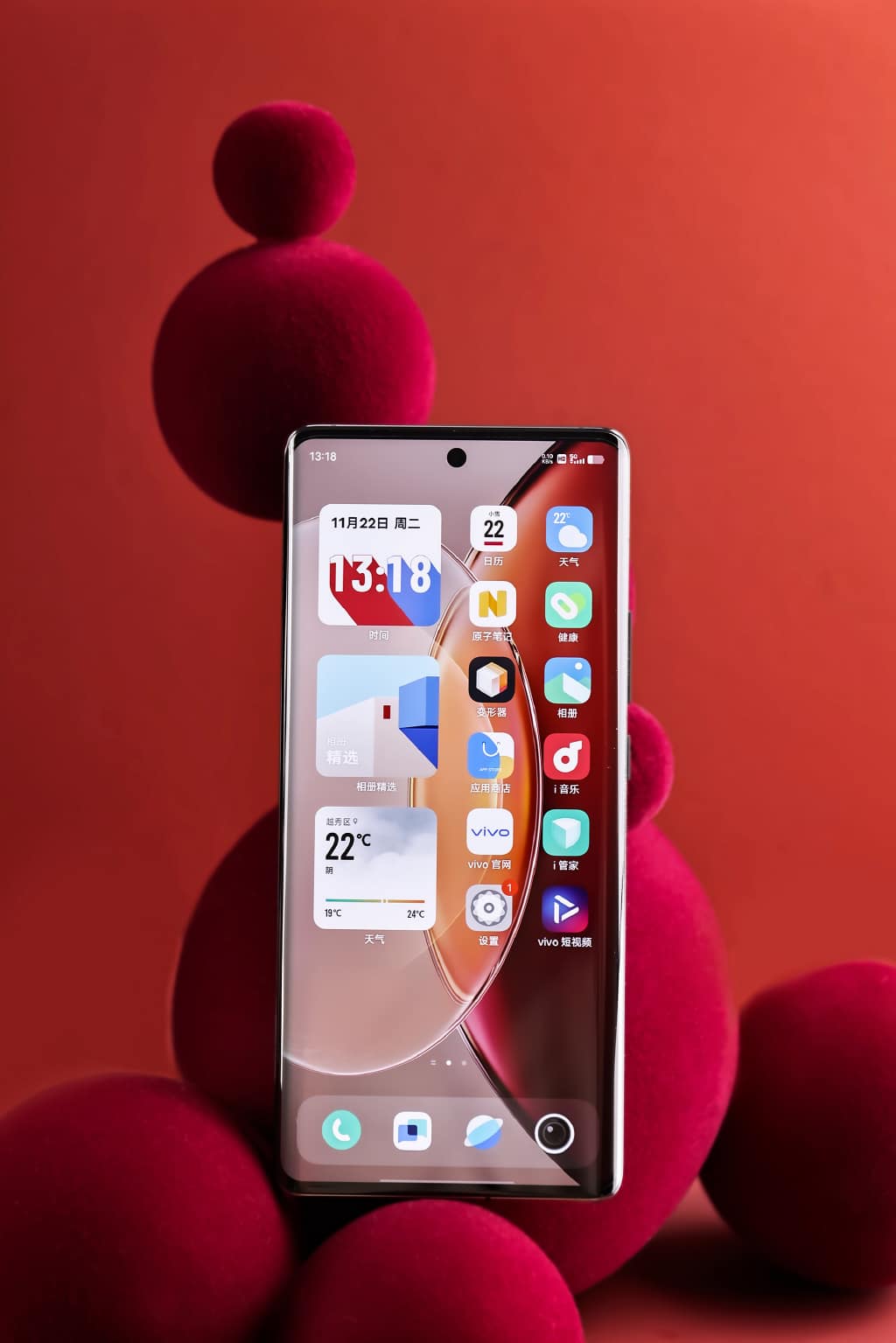 Under the hood, the vanilla variant also comes with a built-in 4870mAh capacity battery, which supports 120W wired flash charging. It can reach 50% in 8 minutes. At the same time, the phone supports 50W wireless flash charging.

The Pro version comes with features almost identical to the original model. However, the VIVO X90 Pro is the world’s first BOE Q9 light-emitting device. Compared with the previous generation Q8, the Q9 screen has reduced power consumption by 15%, manual brightness has increased by 20%, DCI-P3 color gamut has risen from 110% to 115%, service life has increased by 10%, and harmful blue light has been controlled at 6.0%.

We should also say that the entire series runs the latest OriginOS 3. The innovative functions brought by the new system include flexible, efficient, and small windows, as well as upgraded functions such as focus mode, smart sidebar, and screen reading.

VIVO X90 Pro Plus is a true cameraphone

Though the phones above are excellent, the VIVO X90 Pro+ has been in the spotlight. It has a more powerful Zeiss imaging technology, including a 1-inch super outsole sensor. This is a true premium smartphone that can beat anyone.

The highlight of the X90 Pro+ is, of course, the camera. It sports a full-focus Zeiss quad camera:

In addition, the VIVO X90 Pro+ also comes with VIVO’s self-developed imaging chip, V2. It is upgraded to an AI-ISP architecture with a memory unit, an AI computing unit, and an image processing unit. It can perform 1.3 trillion bits per second and has a 20% increase in night scene computing power. The noise reduction effect of video night scenes has been improved.

The Sony IMX758 sensor debuted and is considered a dedicated portrait sensor specially customized by VIVO. It has 50 million pixels + F/1.6 large aperture + 50mm focal length + OIS. So the lens can take beautiful portraits even in backlight.

This 50mm portrait lens can also be combined with a 90mm telephoto lens to form a Zeiss dual-focus portrait lens.

As for hardware, the company said it uses a chip based on a TSMC 4nm chip. But it didn’t mention a specific model. We have no doubts that it’s the Snapdragon 8 Gen 2, but the company can’t advertise it.

The VIVO X90 Pro+ is the world’s first phone with a Samsung E6 super-sensing eye protection screen. It has a local peak brightness of up to 1800nit. The resolution is 2K, and it supports 120Hz refresh rate, LTPO4.0 stepless speed change technology, 1440Hz high-frequency PWM eye protection, and comes with display technologies such as Dolby Vision and XDR. 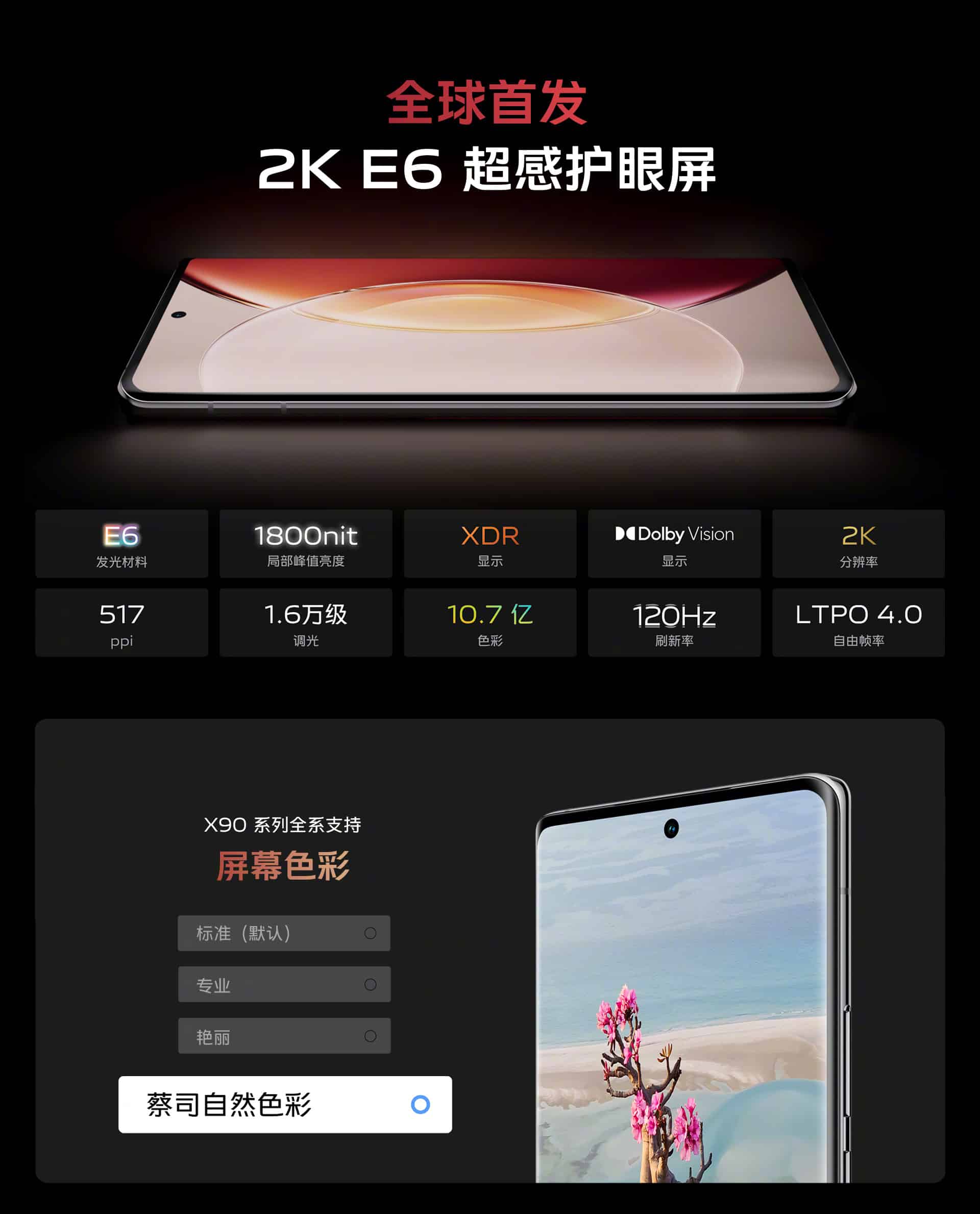 The phone also brought back the lossless audio capability that VIVO fans loved before. It achieved wireless and lossless sound quality for the first time through Bluetooth hardware coding extension. With the newly released TWS 3 Pro wireless headset, the Bluetooth delay can be changed from 88sms of the previous generation to 55ms.

The phone is available in Red and Original Black, weighs 221 grams, and has a thickness of 9.7mm.