VIVO’s next-gen series of flagship phones will focus on imaging. The VIVO X90 will hit the market on November 22. Apart from that, this series of handsets will be the first to bring the MediaTek Dimensity 9200 flagship processor. The latter is the closest rival of the Snapdragon 8 Gen 2. In some aspects, it can even outrun the Qualcomm chip.

In addition to the flagship chip, VIVO said today that the VIVO X90 series would be the world’s first to use an E6/Q9 screen. The latter supports up to 2160Hz high-frequency PWM dimming. So it will keep your eyes healthier and bring a better viewing performance.

Compared with the previous generation E5 screen, Samsung’s E6 screen will support a 120Hz adaptive refresh rate. It is expected to achieve better brightness improvement, more eye protection, and energy saving. This will be the standard configuration of Android high-end flagships in 2023. 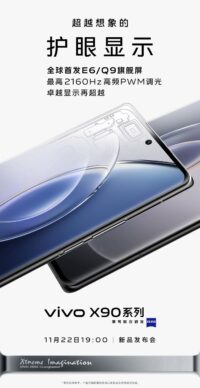 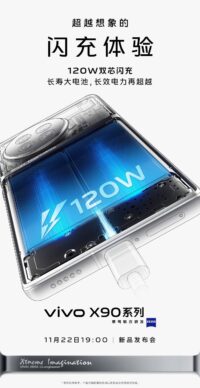 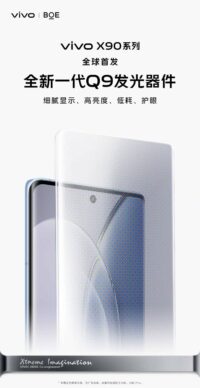 At the same time, the VIVO X90 series will launch BOE’s new generation of Q9 screens. According to the official introduction, compared with the previous generation Q8, the power consumption of the Q9 is reduced by 15%, the DCI-P3 color gamut is increased to 116%, and the service life is increased by 10%. Blue light is controlled below 6.0%.

In addition, the new phone has a built-in long-lasting large battery with support for 120W dual-core flash charging.

Not only that, the VIVO X90 series will also come with the strongest Zeiss 1-inch T* primary camera, Sony IMX989 sensor. Due to the company’s self-developed imaging chip V2, the handset has all chances to become the king in the niche.

We also know that the series will include three colors: black, light blue, and red. The black and blue variants are glass, while the red version is plain leather.