Today, MediaTek released a new generation of flagship chip, called the Dimensity 9200. Immediately after the launch, OPPO announced that the next-generation Find X would be the first to come with the Dimensity 9200 flagship processor. The company also added that the phone would bring a new flagship performance and extreme energy efficiency. In its turn, VIVO also said that the upcoming VIVO X90 series of flagship smartphones would debut the chip. So which one will bring the first handset with this chip onboard? 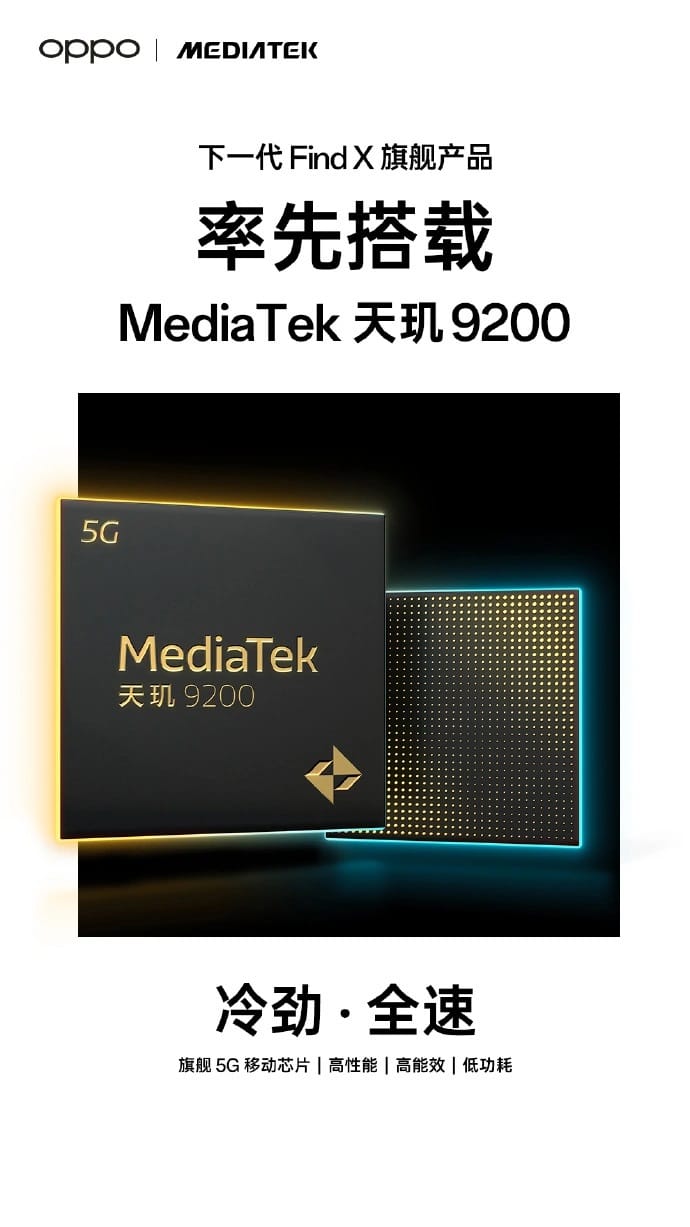 OPPO’s next-generation Find X flagship is expected to be the Find X 6 series. If so, according to the previous rumors, the upcoming OPPO Find X6 series will come with three 50-megapixel lenses at the rear. Among them, the main camera uses a Sony IMX989 CMOS with a one-inch ultra-large bottom. Sony and Xiaomi jointly developed the latter. The Xiaomi Mi 12S Ultra debuted it. But we also know that the CMOS will appear on the forthcoming Xiaomi Mi 13 Pro. Anyway, its photosensitive area is increased by 172%, the photosensitive capacity is increased by 76%, the photo speed is increased by 32.5%, the startup speed is increased by 11%, and it supports chip-level 4K HDR night scene video shooting. At the same time, the machine will also sport a self-developed chip, Mariana MariSilicon X. 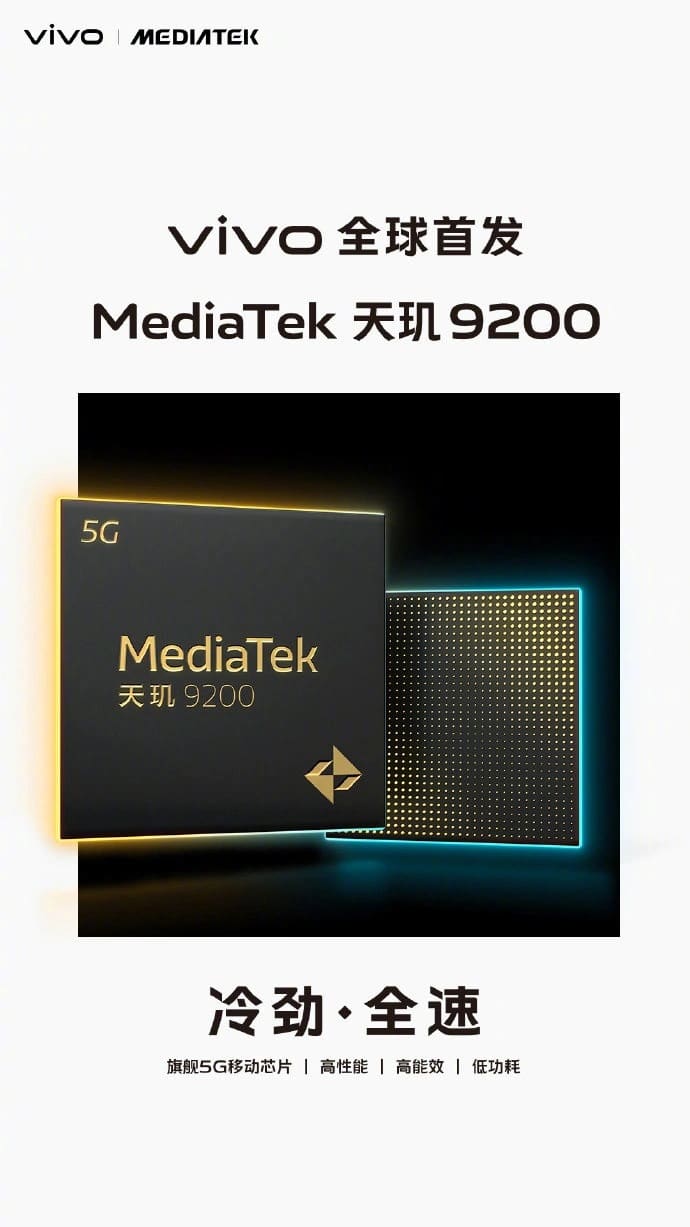 Apart from the mentioned two brands, a Xiaomi spokesperson also appeared on the stage and announced that they would further strengthen cooperation with VIVO. This is a clear hint that there would be a new model with this chip onboard. We guess it would be the Redmi K60.

The MediaTek Dimensity 9200 chip uses TSMC’s second-generation 4nm process. The processor also integrates 17 billion transistors. As for the architecture, there is one 3.05GHz Cortex-X3 super core, three 2.85GHz A715 large cores, and four 1.8GHz A510 small cores. All super cores and large cores support pure 64-bit applications. There are also 8MB of L3 cache and 6MB of system cache; the GPU is Immortalis-G715 MC11.

The Dimensity 9200 is the first to come with the Immortalis-G715 flagship GPU. The latter supports mobile hardware ray tracing technology. The GFXBench Manhattan 3.0 test performance is 32% higher than the Dimensity 9000. Also, the power consumption is reduced by 41%. It supports variable rate rendering technology (VRS). Due to it, the number of frames is increased by 10%, and the power consumption is reduced by 21%.

The MediaTek Dimensity 9200 also supports LPDDR5X 8533Mbps memory. Its bandwidth is 13% higher than that of the Dimensity 9000. It also supports 8-channel UFS 4.0 flash storage. It uses multi-loop queue technology to speed up data transmission greatly.