MediaTek released the Dimensity 9200 flagship chip yesterday. It was the first to use TSMC’s second-generation 4nm process, coming with a 3.05GHz Cortex-X3 super core, three 2.85GHz A715 large cores, and four 1.8 GHz A510 small cores. At the same time, the chip integrates the Immortalis-G715 MC11 GPU.

Today, a Weibo blogger showed the official benchmark points of the chip: 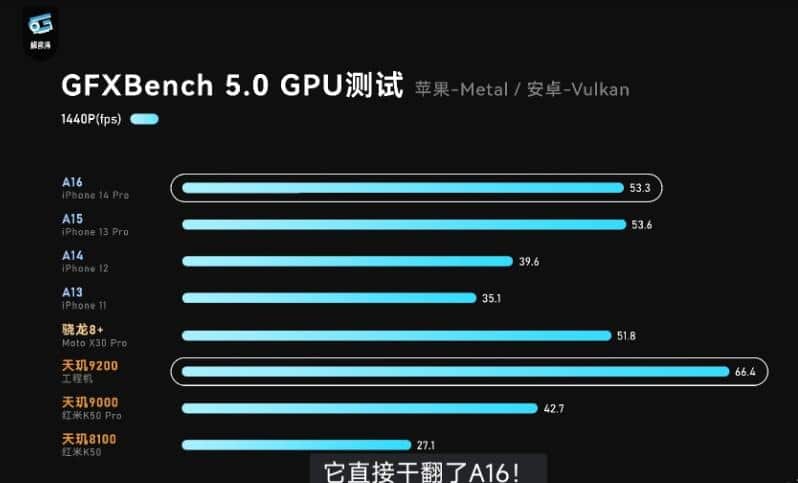 Looking at the AnTuTu scores, we understand it’s the most powerful chip currently available in the Android camp. However, the CPU benchmark score on Geekbench is slightly lower than that of Qualcomm Snapdragon 8 Gen 2. By the way, the VIVO executive posted other benchmark points today, 1.28 million. Thus, the company is actively working on it and optimizing it daily. So at the launch, the VIVO phone will score over 1.3 million.

In terms of GPU, the benchmark score of the Dimensity 9200 is less than the previous leak. But it still surpasses the Qualcomm Snapdragon 8+ Gen 1 and the Apple A16 Bionic. 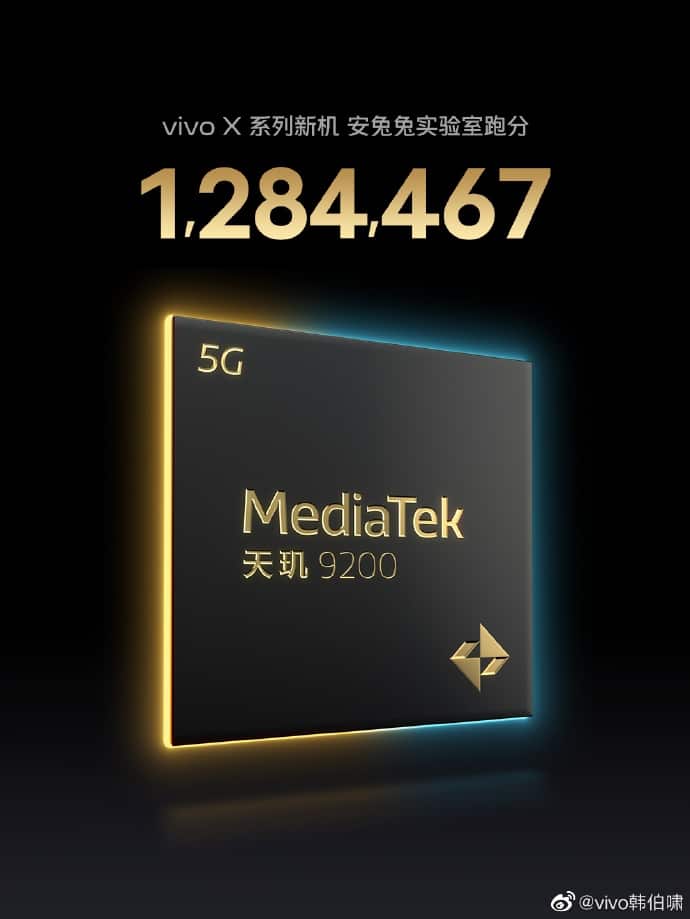 As you know, two smartphone brands announced they would debut the MediaTek Dimensity 9200. They are VIVO and OPPO. The former brand will bring the VIVO X90, while the OPPO should bring the Find N2. Other brands such as Xiaomi, Honor, Transsion, and ASUS will also release phones powered by this chip.

As for the chip itself, the Dimensity 9200 is the first to adopt a new generation of 11-core GPU Immortalis-G715. Its performance is 32% higher than that of the previous generation. It supports the mobile terminal’s hardware ray tracing and variable rate rendering technologies.

Due to the newest manufacturing prices, it integrates 17 billion transistors. MediaTek uses an innovative chip packaging design to enhance heat dissipation. The power consumption of CPU peak performance is reduced by 25% compared with the previous generation.