Finally, after many rumors and leaks, today, the Redmi Pad was announced in India. The tablet has a large 10.61-inch screen, boasting very narrow bezels around the screen. On the back, it carries a single-lens camera. The whole metal body looks quite attractive. The device also has two mics for noise cancellation and four speakers tuned by Dolby Atmos.

The Right Choice for Entertainment, Gaming, Browsing, and E-Learning – Redmi Pad is all set to launch. Be a part of the conversation by using #RedmiPad #TheRightChoice #DiwaliWithMi https://t.co/HOny8YGblv

Well, above, we revealed some key features of the Redmi Pad. But in fact, there are much more details you should be aware of. For instance, the 10.61-inch screen of the tablet has a 2K resolution, uses an LCD material, and supports a refresh rate of 90Hz. Its NTSC color gamut is 70%. The device has built-in SGS eye protection and passed the TUV Rheinland certification. Lastly, the brightness is 400nits. 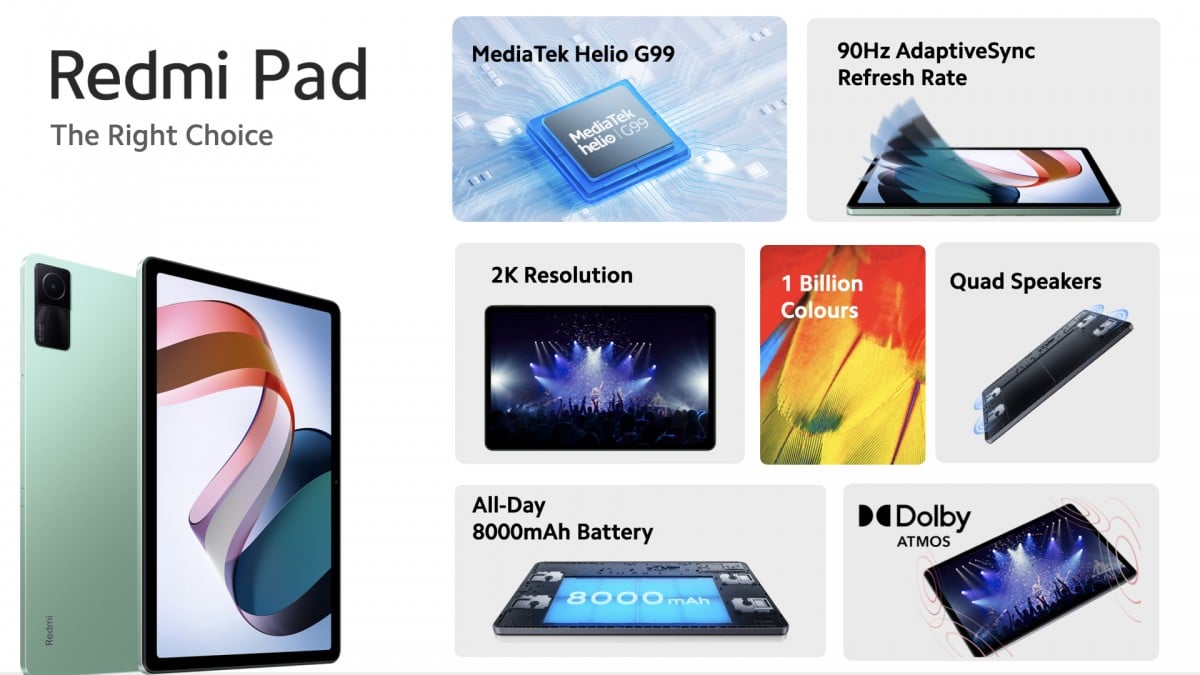 Inside, the Redmi Pad hosts the MediaTek Helio G99 SoC, which has become very popular recently. We mean, this chip has appeared in more and more details in the past few weeks. It also integrates the ARM Mali G57 MC2 graphics. The tablet offers three storage variants: 3GB/4GB/6GB LPDDR4x RAM and 64GB/128GB UFS 2.1 storage. The storage supports the MicroSD card expansion.

The Redmi Pad runs MIUI 13 based on the Android 12 system, and the company promises to provide 2 major versions of Android and MIUI updates and 3 years of security updates. 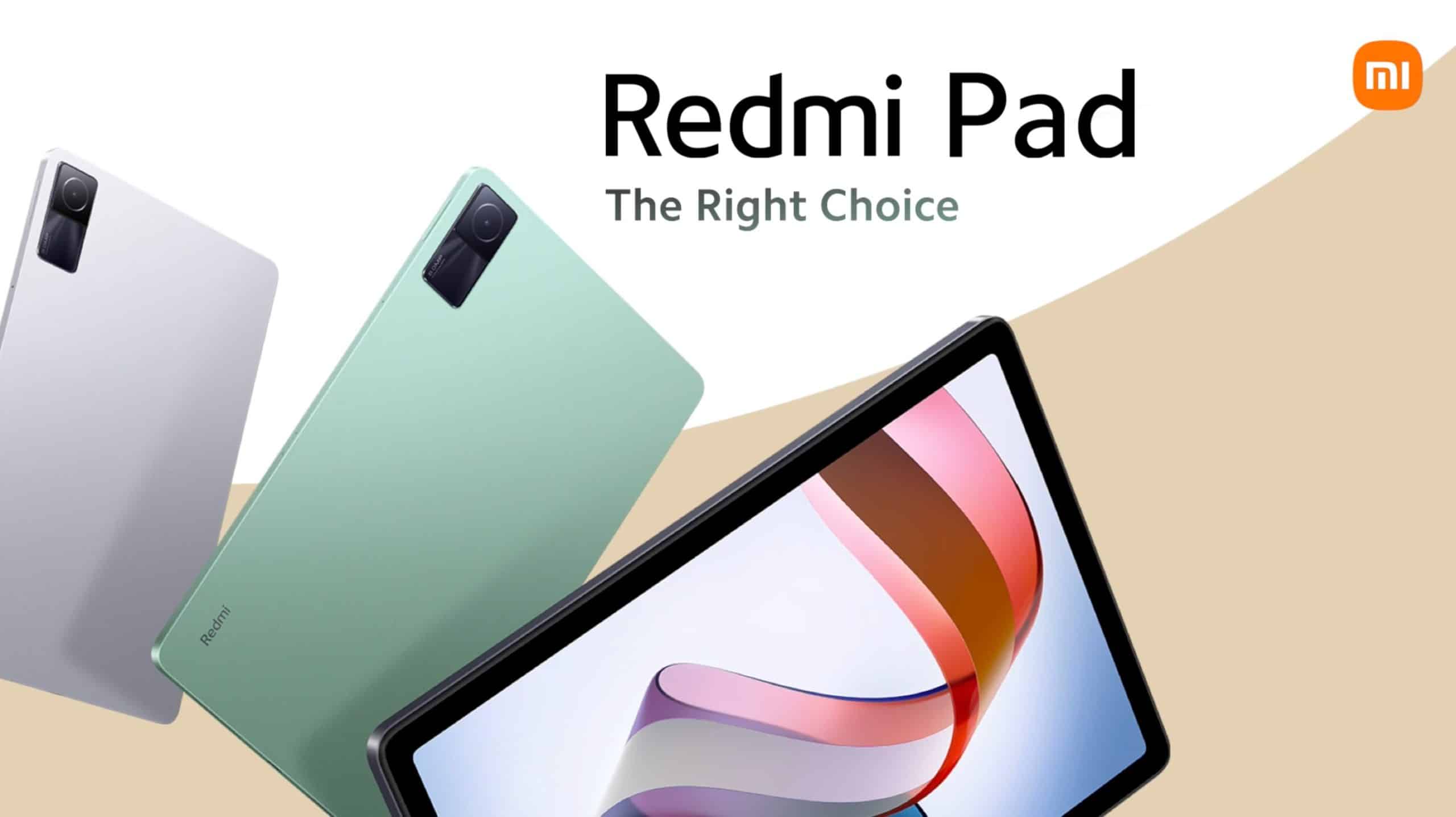