Not only the Redmi Note 12 but also a new Mi 12 line model is on the way. We are talking about the Xiaomi Mi 12T Pro, which has managed to leak on social media.

From the leaked animation, we can see that the industrial design of the Xiaomi Mi 12T Pro is the same as that of the Chinese version of the Redmi K50 Ultra. In other words, the upcoming Xiaomi smartphone can be considered the rebranded variant of the most powerful Redmi phone. Here we should note one thing – previously, Redmi was copying Xiaomi’s phones. Now, it’s the opposite.

Anyway, both models come with the Snapdragon 8+ Gen 1 flagship processor and a 1.5K straight screen. So we guess you wonder what the main difference is. It is the camera.

The rear main camera of the Xiaomi 12T Pro will have a 200MP resolution. Its number of pixels is 4 times that of the Xiaomi Mi 12S Ultra. Thus, it will become Xiaomi’s first handset to sport such a high-res CMOS. The 200-megapixel sensor on this device may be the Samsung HP1, the same model as the one on the Moto X30 Pro. 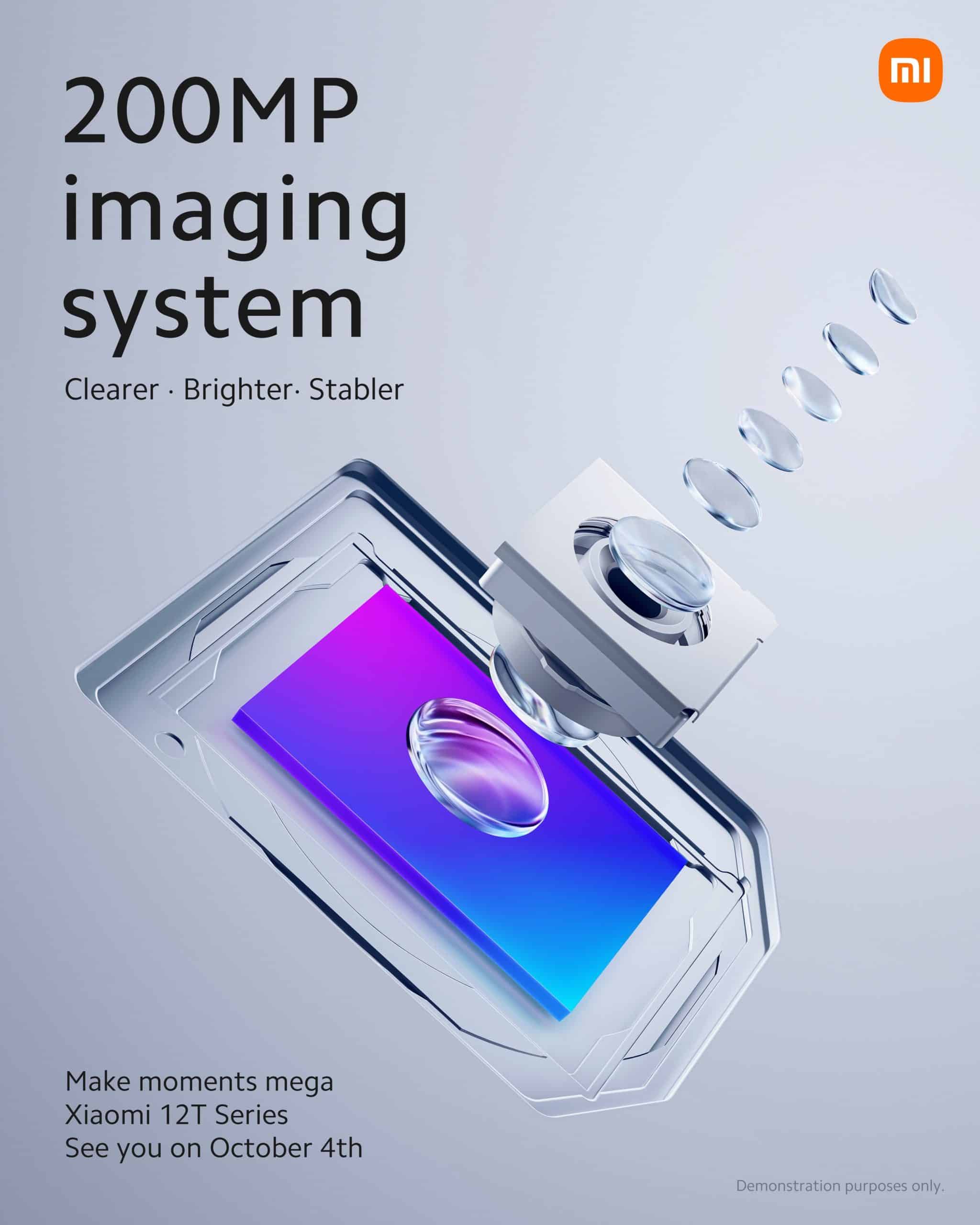 Its sensor size is 1/1.22 inches, which is larger than the Sony IMX707. The latter is 1/1.28 inches in size and has a unit pixel area of ​​0.64μm, which supports ChameleonCell pixel synthesis. In a dark light environment, Samsung’s 200-megapixel camera can synthesize 1.28μm large pixels to generate 50MP photos.

It is worth noting that the Xiaomi Mi 12T Pro will also sport an 8-megapixel ultra-wide-angle camera and a 2-megapixel macro camera. On the opposite side, it will carry a 20-megapixel selfie shooter.

The machine will debut on October 4. The vanilla version of the series will also attend the stage. But leaks and rumors concerning this model are too scarce.