We know that the Xiaomi Mi 12T Pro that has been spotted multiple times will be the international version of the Redmi K50 Ultra. However, there will be a couple of major enhancements, such as the 200-megapixel HP1 oversized main camera.

At the same time, we know that another Xiaomi product, the Redmi Pad, has also passed 3C certification. It will be the company’s first table coming with 22.5W fast charging support and sporting a 7800mAh battery.

Today, whistleblower Abhishek Yadav showed renders of what he claims are these two devices. From them, we can see that the Xiaomi Mi 12T Pro comes with a 200-megapixel main camera, while the Redmi Pad has an 8-megapixel rear camera.

Also, we can see that the render of the Xiaomi Mi 12T Pro is very similar to the Redmi K50 Ultra, except that the 108MP of the lens module is changed to 200MP. The Redmi Pad uses a single rear camera, and the power button is on the long side. 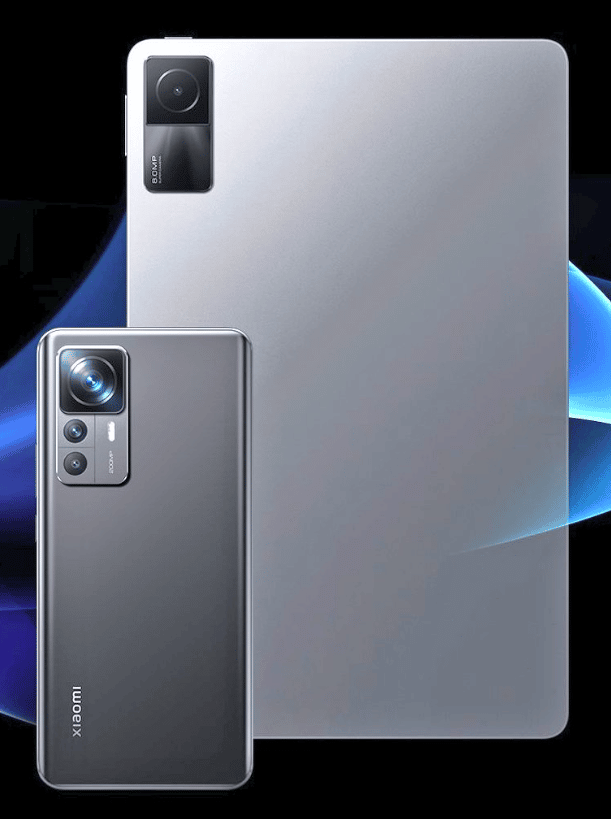 The 12T Pro has already been certified and appeared in the FCC database. It will support NFC and dual SIM cards and can support 4G LTE and 5G connections at the same time. The handset will have three versions of 8GB+128GB, 8GB+256GB, and 12GB+256GB.

Under the hood, this device will sport the Snapdragon 8+ Gen 1 processor. On the front, there is a 6.67-inch 120Hz OLED display. And this handset comes with a built-in 5000mAh battery that supports 120W fast charging.

According to previous leaks, Redmi’s first tablet will focus on the audio and video experience of speakers, using an 11-inch 2K LCD full screen, a MediaTek processor, and a single rear camera with a small rectangular matrix.