The phone adopts a new design, coming with glass material on the back that uses an AG frosted process. It is available in three color options elegant black, the silver trace, and ice blue. 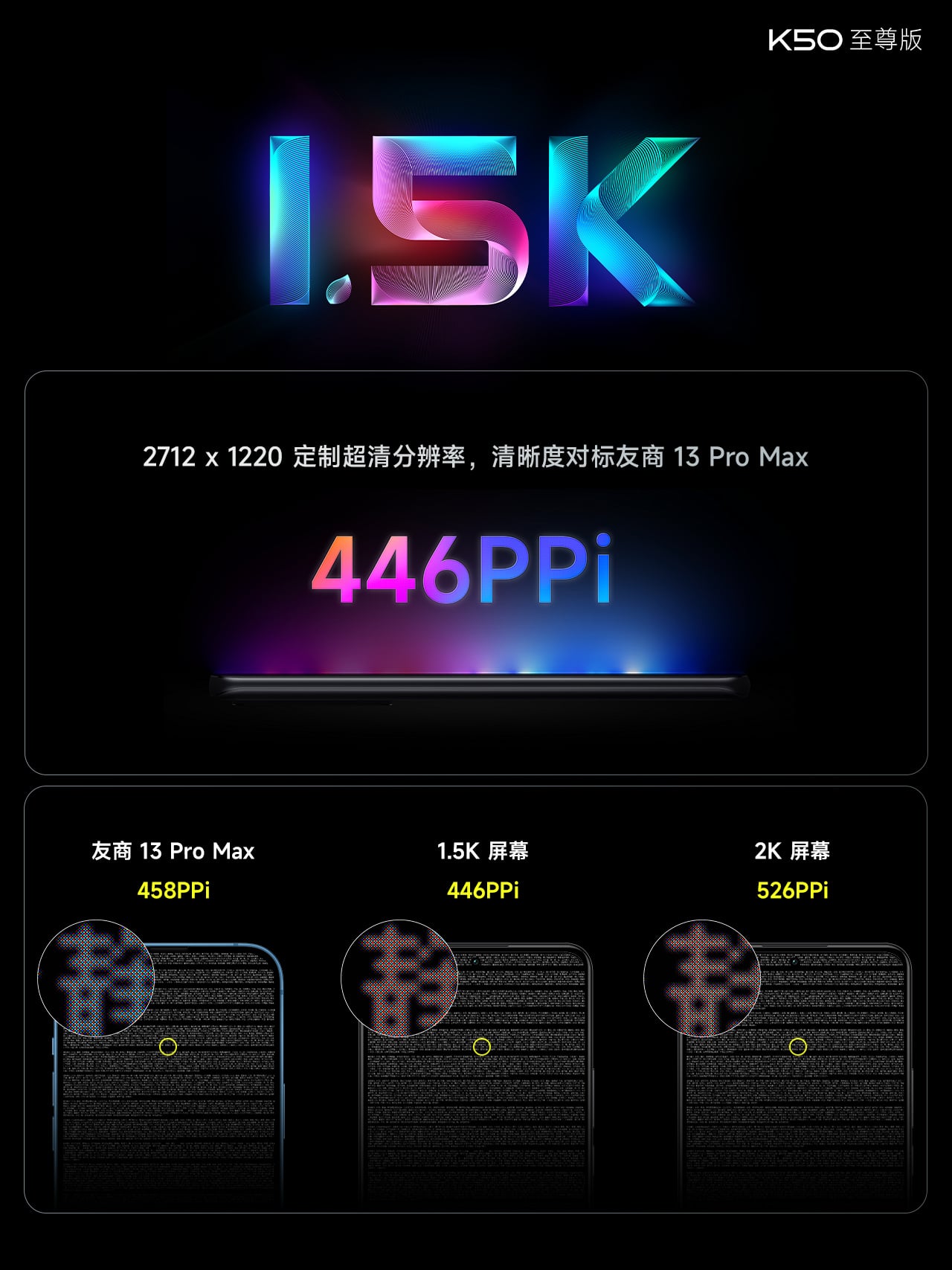 Inside, the handset hosts the Snapdragon 8+ Gen 1 chip. It is accompanied by a full-blooded version of LPDDR5 memory with a rate of 6400Mbps, as well as UFS3.1 high-speed flash storage. At room temperature of 25°C, the AnTuTu score can easily exceed 1.1 million.

On the back, we have a new 100-megapixel OIS camera, combined with an 8-megapixel ultra-wide lens and a 2-megapixel macro lens. The primary lens is the Samsung HM6 CMOS, which has more advanced nine-in-one technology (Nonapixel Plus). The latter can greatly reduce the circuit noise introduced in the pixel synthesis process and output with 1.92μm large pixels to reduce dark light noise. The HM6 also quadruples the pixel density used for focusing, making the process much faster.

The Redmi K50 Ultra camera tracks everything. It supports eye focus, face focus, person focus, and motion tracking. Not in vain, the camera is placed inside the CyberDog. Of course, it works with AI.

Regarding heat dissipation, the Redmi K50 Ultra uses 3725mm2 super large VC. With a large area of graphite, copper foil, aerospace-grade white graphene, and other materials, it forms a high-power three-dimensional heat dissipation system with an area of ​​30000mm2. The heat dissipation capacity of the whole machine reaches 65mA/°C.

There is a 5000mAh battery, which supports 120W fast charging. The company has also put a self-developed Surge P1 chip. Its advanced 4:1 direct charging architecture can directly supply power to single-cell batteries. In effect, the battery can reach 100% in 19 minutes. 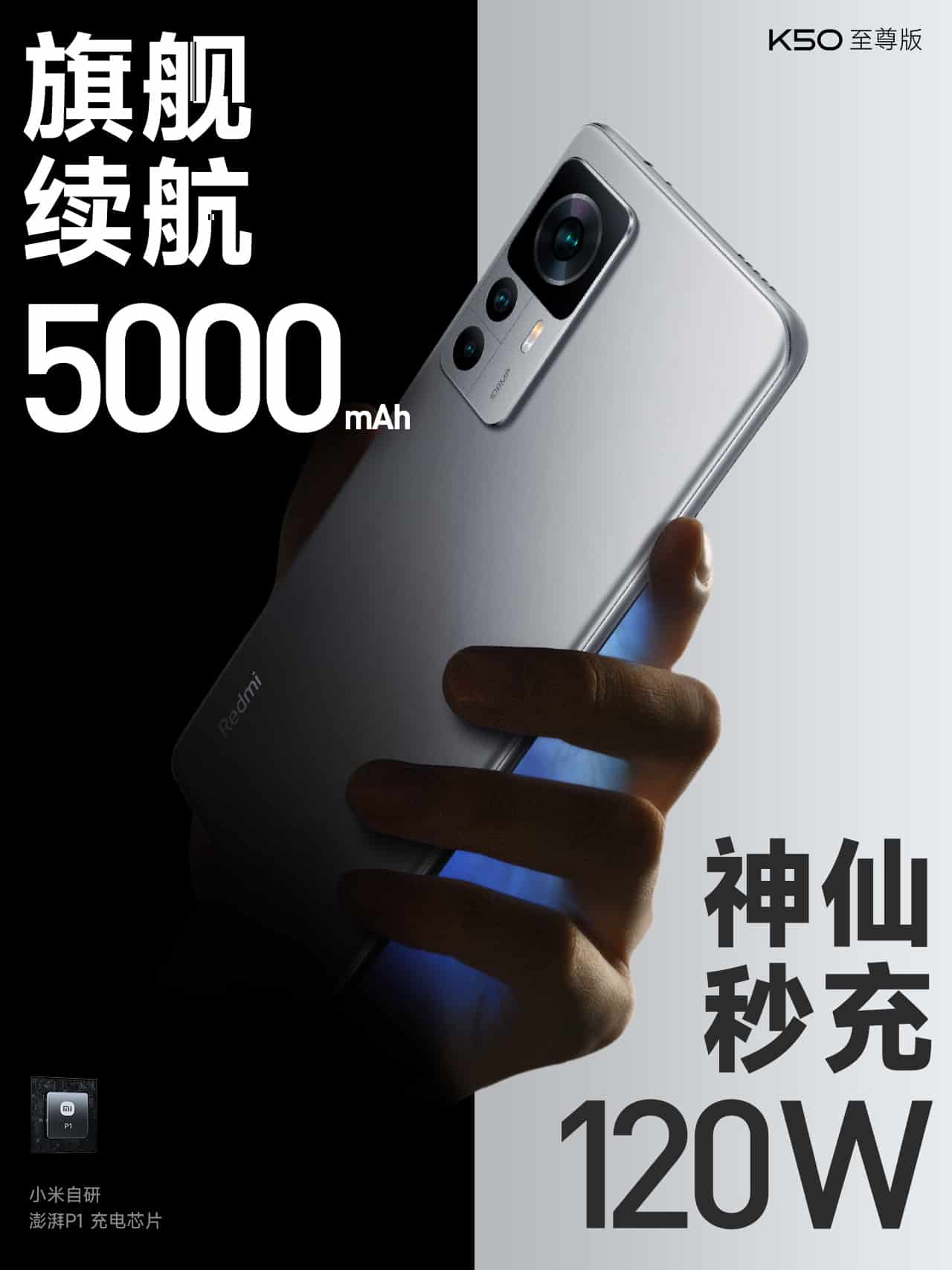 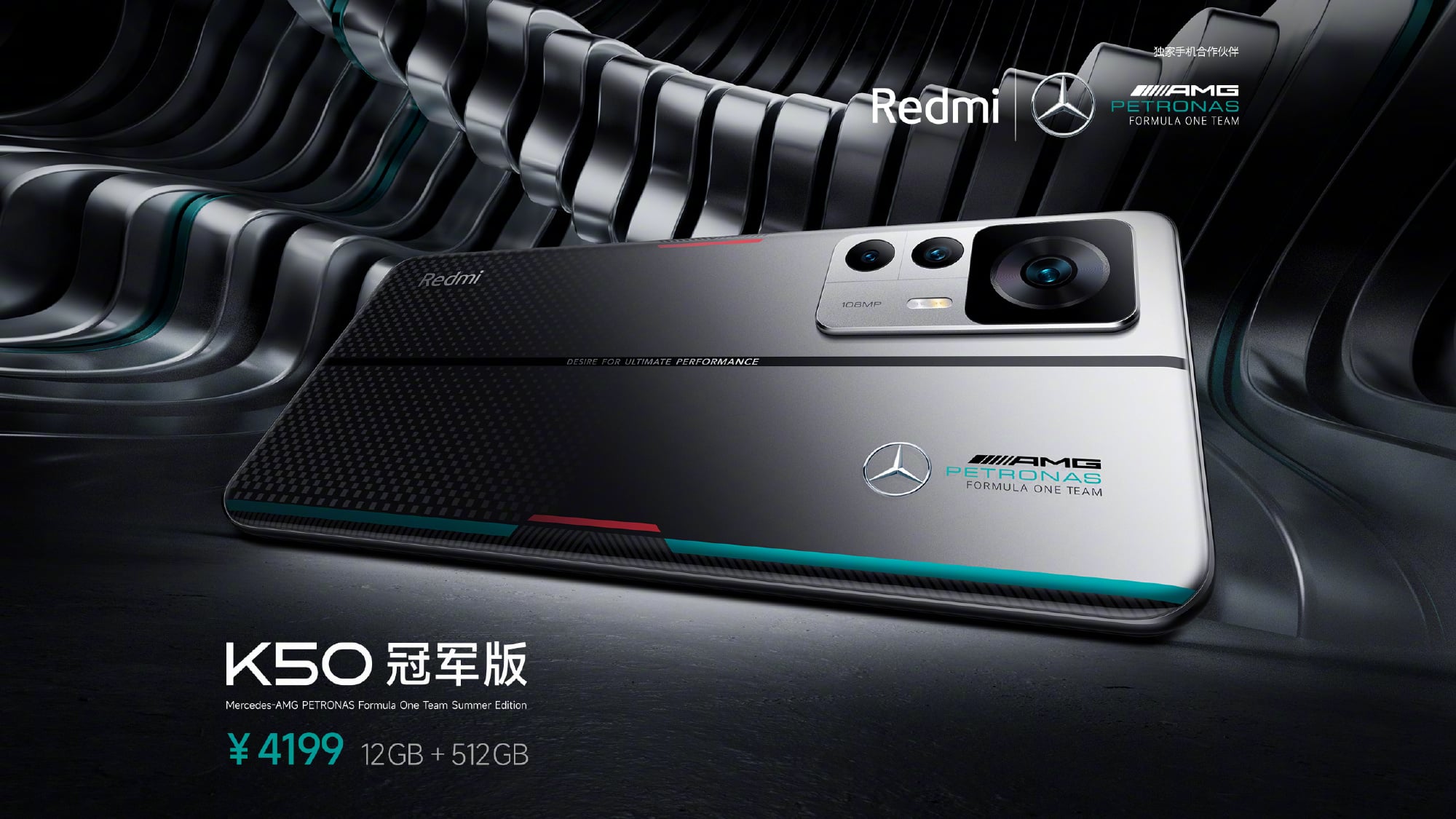