We have already talked about the standard edition of the Redmi K60 series. Now, it’s the right time to see what the Pro variant looks like. The Redmi K60 Pro is a true beast, and it comes with tons of improvements over its predecessor. 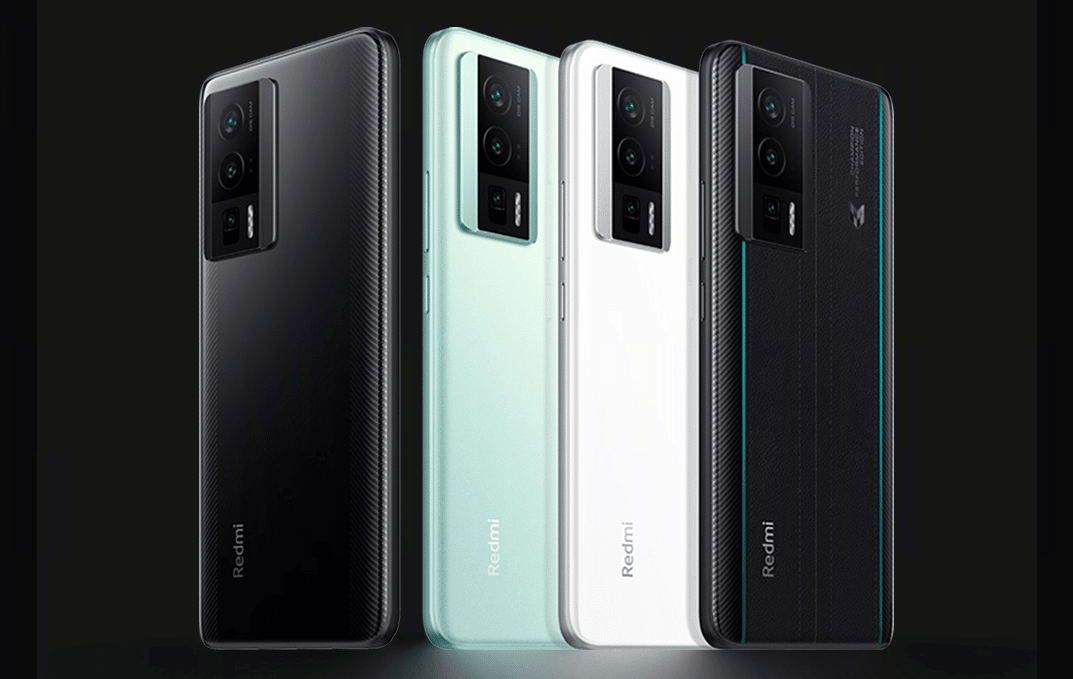 The overall design of the Redmi K60 Pro is obviously more fashionable than the previous generation. The rear camera adopts a unique 3-stage design. It looks more mature.

On the front, it still uses a centered punch-hole screen design. The 6.67-inch straight screen has a 2K resolution. Though it’s been supplied by a Chinese company, its parameters reach the ceiling in the industry. The display is made of CSOT C6 material. At the same time, the highlights include 526PPI pixel density, 120Hz refresh rate, 480Hz touch sampling rate, 12bit color depth, 5000000:1 contrast ratio, and it supports true color display. 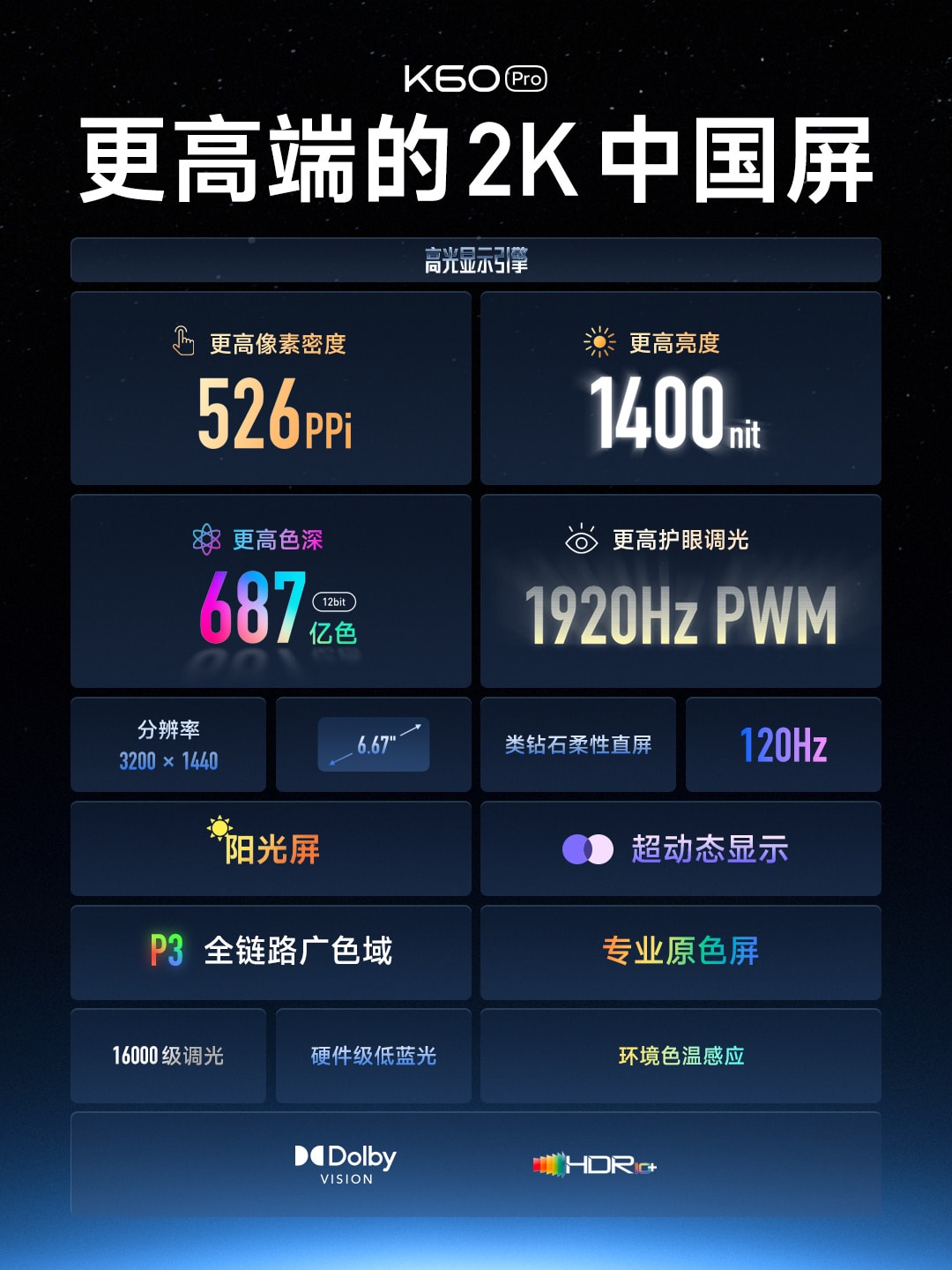 Generally talking, it took 700 days of research and development and debugging of tens of thousands of screens.

From the perspective of various parameters, this screen is enough to catch up with the top flagship screens. Moreover, it supports 1920Hz high-frequency PWM dimming, which is more eye-friendly.

It is worth mentioning that, in addition to the outstanding screen quality, this screen also uses a flexible screen + COP packaging process to compress the screen chin to a width of 2.42mm. 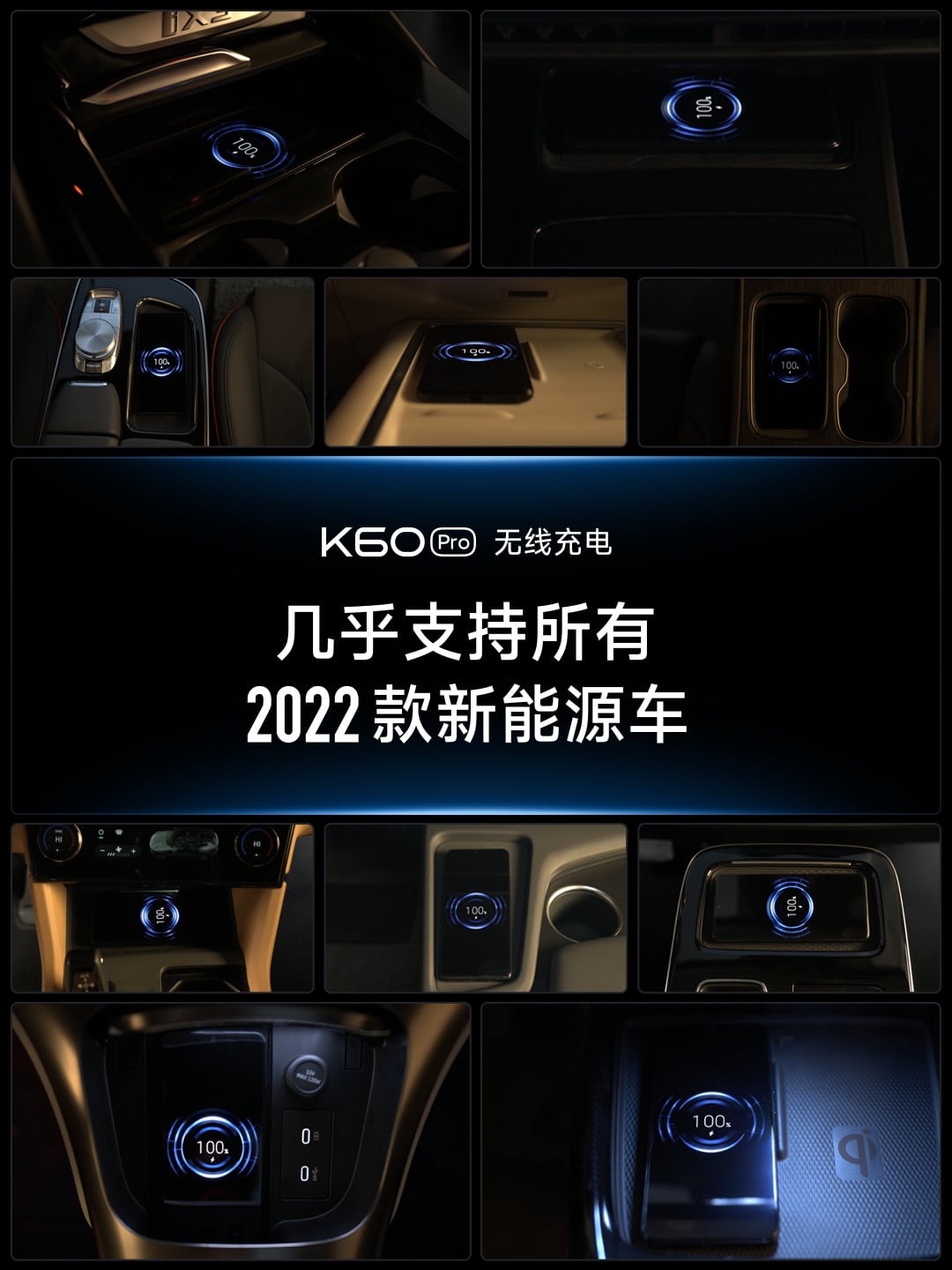 Finally, the brand bid farewell to the side fingerprints and used the fingerprints under the optical screen. The unlocking time is as fast as 200ms. It also integrates the heart rate detection function.

There have been many talks that the Redmi K60 Pro will be the cheapest phone sporting the Snapdragon 8 Gen 2. Plus, it comes with the latest generation of LPDDR5X memory and UFS 4.0 storage. This is currently the strongest performance triangle in the industry. It has a maximum of 16GB memory, which will greatly improve the smoothness of operation. With the new FBO storage technology, after 4 years of simulation, the reading and writing speed attenuation is still close to 0%. 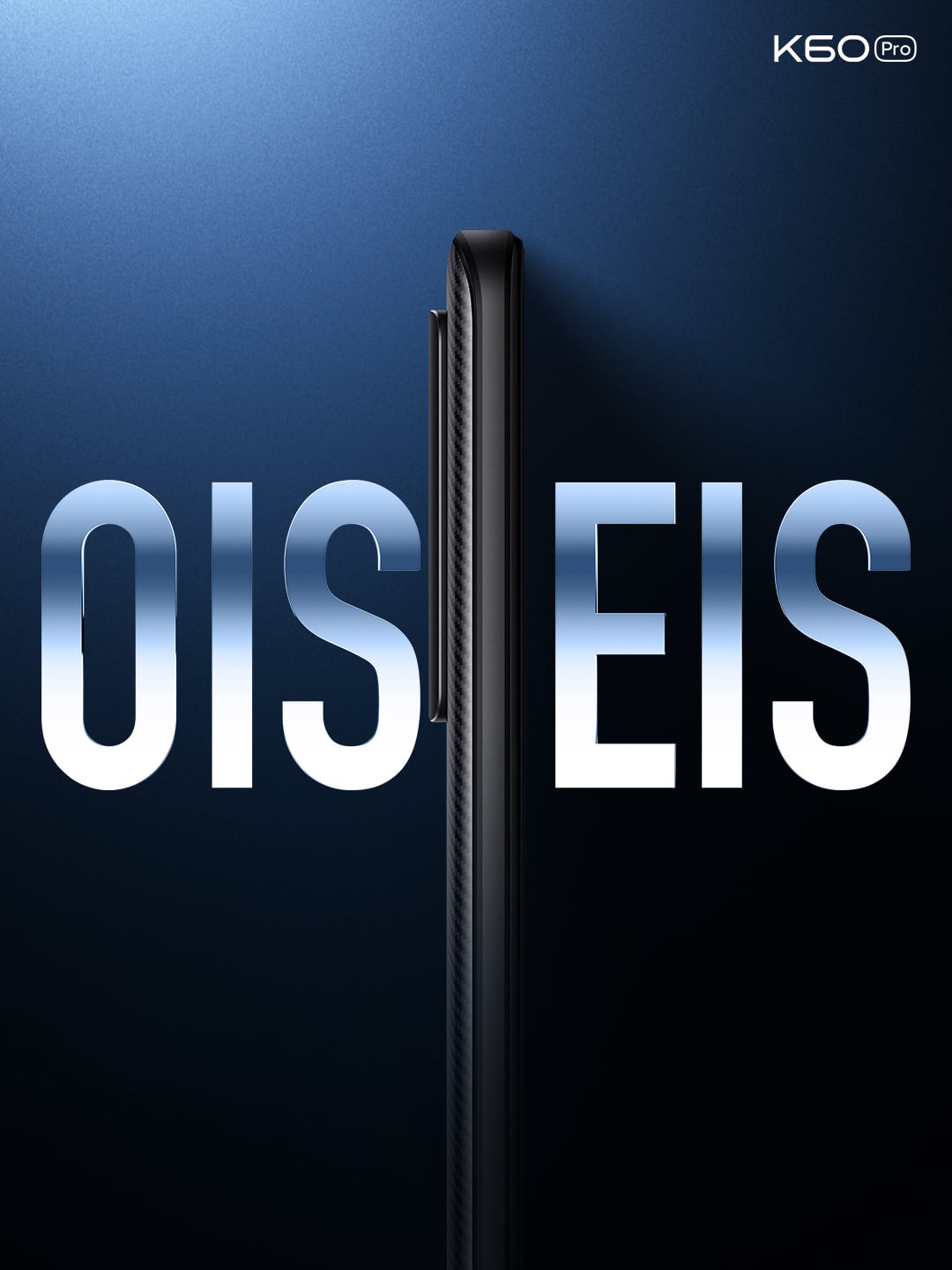 At the same time, the Redmi K60 Pro comes with a luxurious cooling system. The super large VC area of ​​5000mm² is the largest in Redmi history. The thermal conductivity of high-power graphite has increased to 1500w/mk. This is 15% higher than that of the previous generation.

In terms of system, the K60 Pro is pre-installed with a new MIUI 14. The latter significantly improves the fluency and stability of the phone.

The Redmi K60 Pro uses the IMX800 main camera. This is the same model as that of the Xiaomi 13. The lens has a size of 1/1.49 inches and a single pixel size of 1um. It supports Quad Bayer four-pixel integration to obtain a 2.0um equivalent large fusion of pixels. Simply put, the low-light shooting performance has been greatly improved. 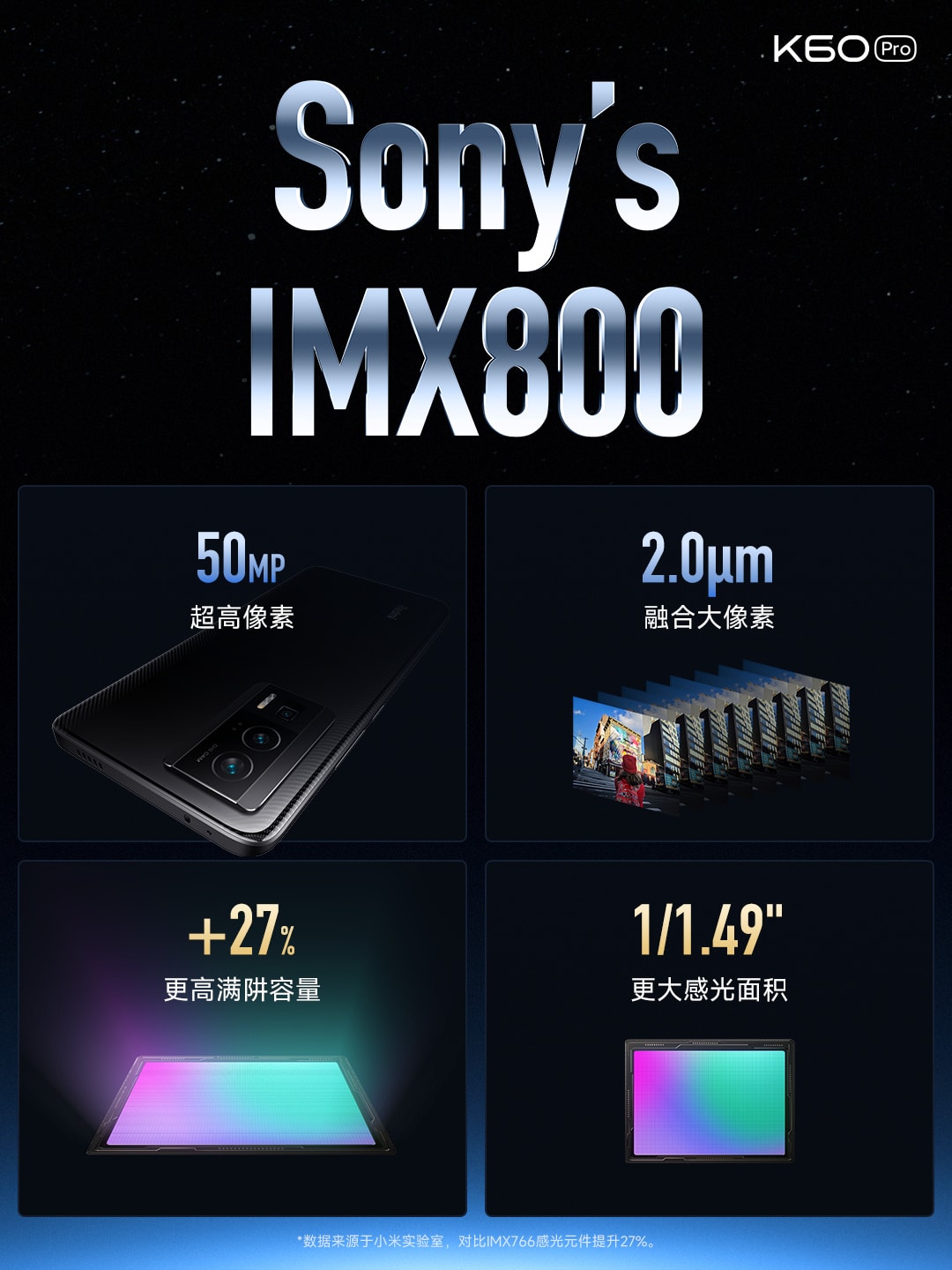 This main camera also supports OIS (optical image stabilization). It is combined with Xiaomi Imaging Brain 2.0 to bring extremely fast shooting speed. It greatly improves the filming rate, and can safely extend the shutter time at night to make the picture clearer and purer. 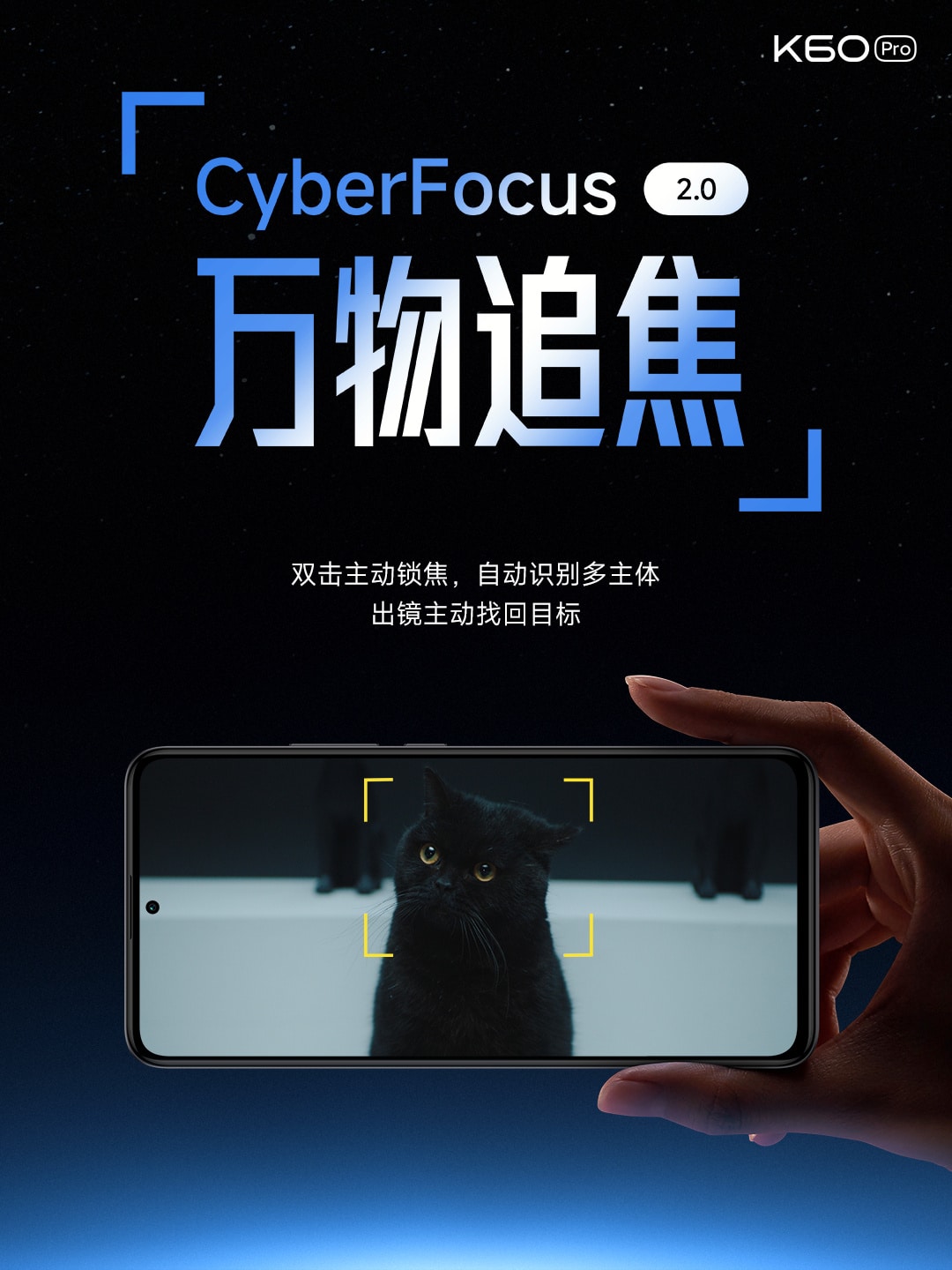 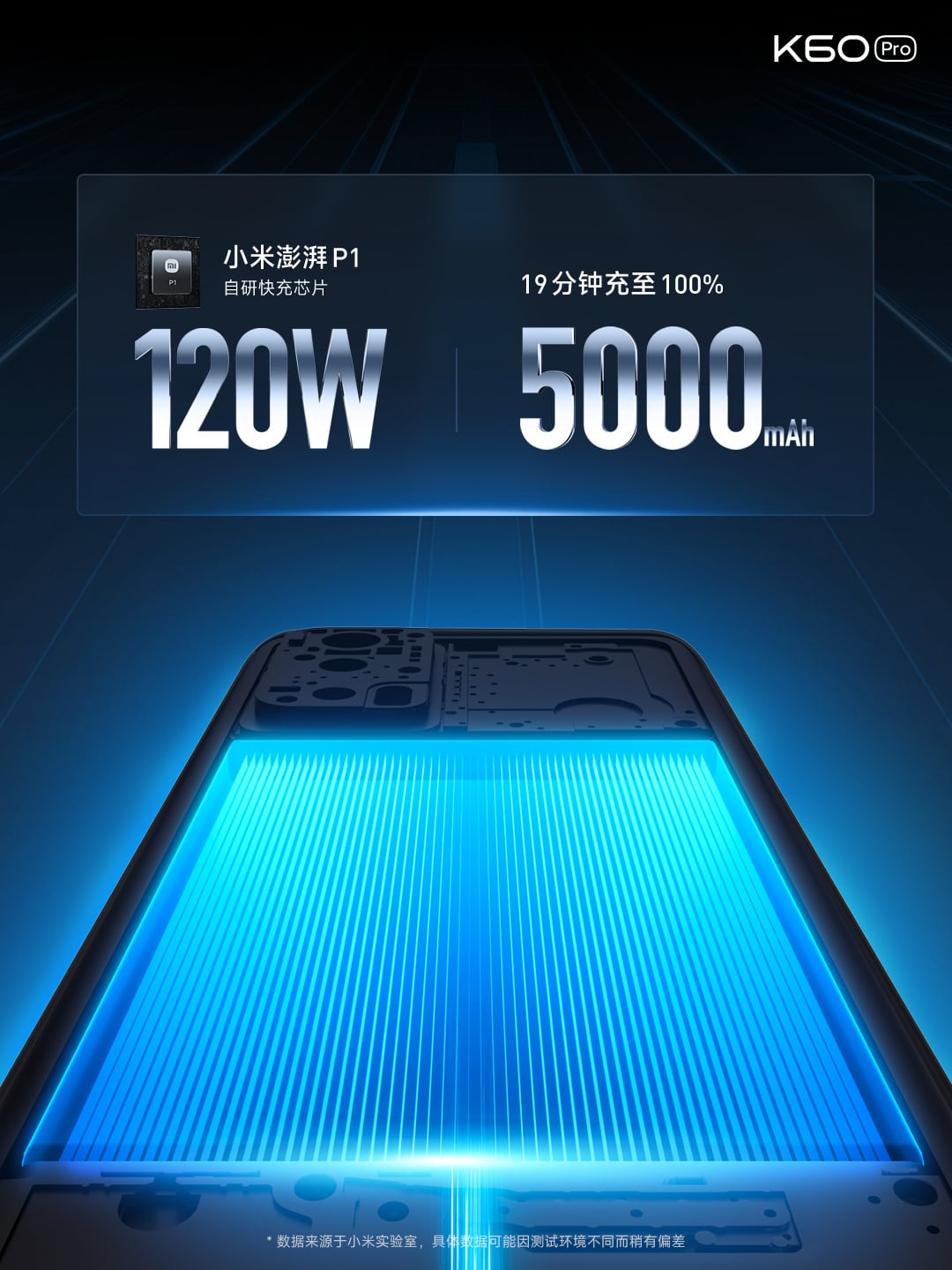 In addition to the basic color variants, the company also launched Redmi K60 Champion Edition. This is also Redmi’s first plain leather body product, which is different from the ordinary version in appearance.

The Redmi K60 Champion Edition only offers a 16GB+512GB version, and the price is 4599 yuan, which is consistent with the standard version.