Today, we got information from various sources concerning the upcoming Realme GT Neo 5 and Realme GT Neo 5 Pro. In fact, these two are the same except for some parameters, such as the battery capacity and fast charging.

According to leaks, the Realme GT Neo5 series will use a 6.7-inch screen with a resolution of 2772*1240p. This translates to 1.5K. As you remember, the Xiaomi 13 standard edition recently came with such a screen. It is claimed to have a 2K screen effect but consumes power like an FHD display. Plus, the screen supports a 144Hz refresh rate and 2160Hz PWM dimming.

Under the hood, this handset should host a 3.2GHz first-generation Qualcomm Snapdragon 8+ chip. The vanilla variant will come with a 5000mAh battery and a 150W fast charging, while the Pro model will have a 4600mAh battery and 240W fast charging solution. If so, it will become the fastest-charging smartphone on the globe.  Currently, this title belongs to the Redmi Note 12 Pro+, which supports 210W charging. In effect, its battery is fully charged in 9 minutes.

The phone will use an under-screen fingerprint recognition solution and a plastic body, and the most fantastic thing is that it will support RGB lighting effects. 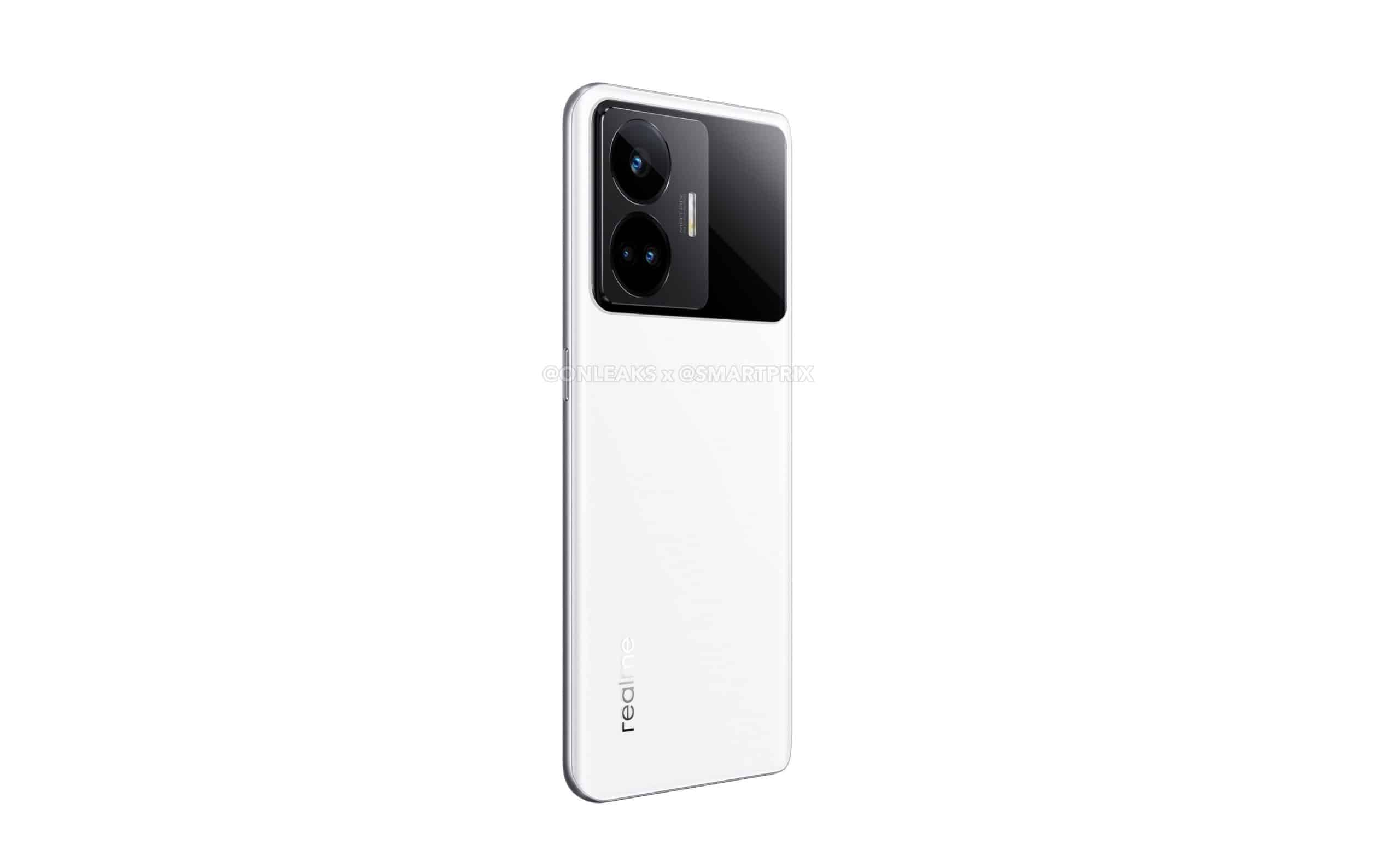 Not long ago, smartprix released a rendering of the so-called Realme GT Neo5. It seems that the phone will use two super-large lenses.

As we can see, the Realme GT Neo 5 has a pure white curved back cover, and the lens module position is treated with a large area of ​​black. It ought to come with Realme’s AI shooting technology.