Not long ago, we were talking about a new OPPO smartphone with a top-end screen but modest features. Today, the manufacturer released the OPPO A1 Pro at prices starting at 1,799 yuan ($254). By the way, OPPO announced that the cumulative global sales of the A series exceeded 550 million units. This is a fantastic number that any manufacturer would like to reach ever. 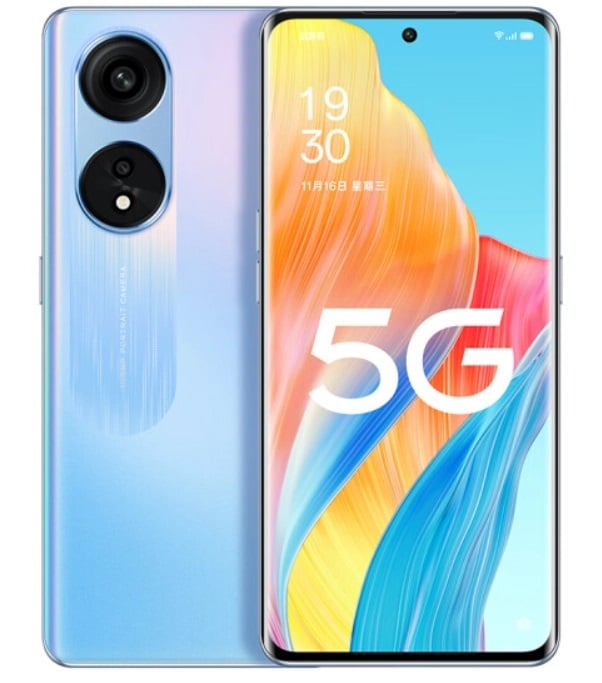 At the beginning of the event, OPPO revealed that the A series would be divided into A Pro, A, and Ax versions in the future. A and Ax will focus on smoothness and battery life, while the A Pro will put emphasis on imaging technology and trendy technology.

The OPPO A1 Pro sports a Qualcomm Snapdragon 695 processor. This is a very popular chip that can be found on multiple models. However, we should admit that it’s an outdated chip. There is also a 4800mAh battery, which supports 67W fast charging.

Also, the handset comes with a 6.7-inch 2412×1080 resolution OLED hyperboloid screen. The latter supports a 120Hz refresh rate. Due to the COP Ultra package, it achieves a highly narrow bottom frame of 2.23mm. At the same time, this screen has the industry’s first 2160Hz high-frequency PWM dimming and passed the professional eye protection test of the National Eye Engineering Center.

Customers can choose from three colors – Blue, Morning Gold, and Moon Night Black. On the back, we can find a dual-ring dual camera, which includes a 108MP primary camera and a 2MP secondary lens. On the front, in the hole, we can see the 16MP sensor. Overall, the handset is 7.7mm thick and weighs 171g. 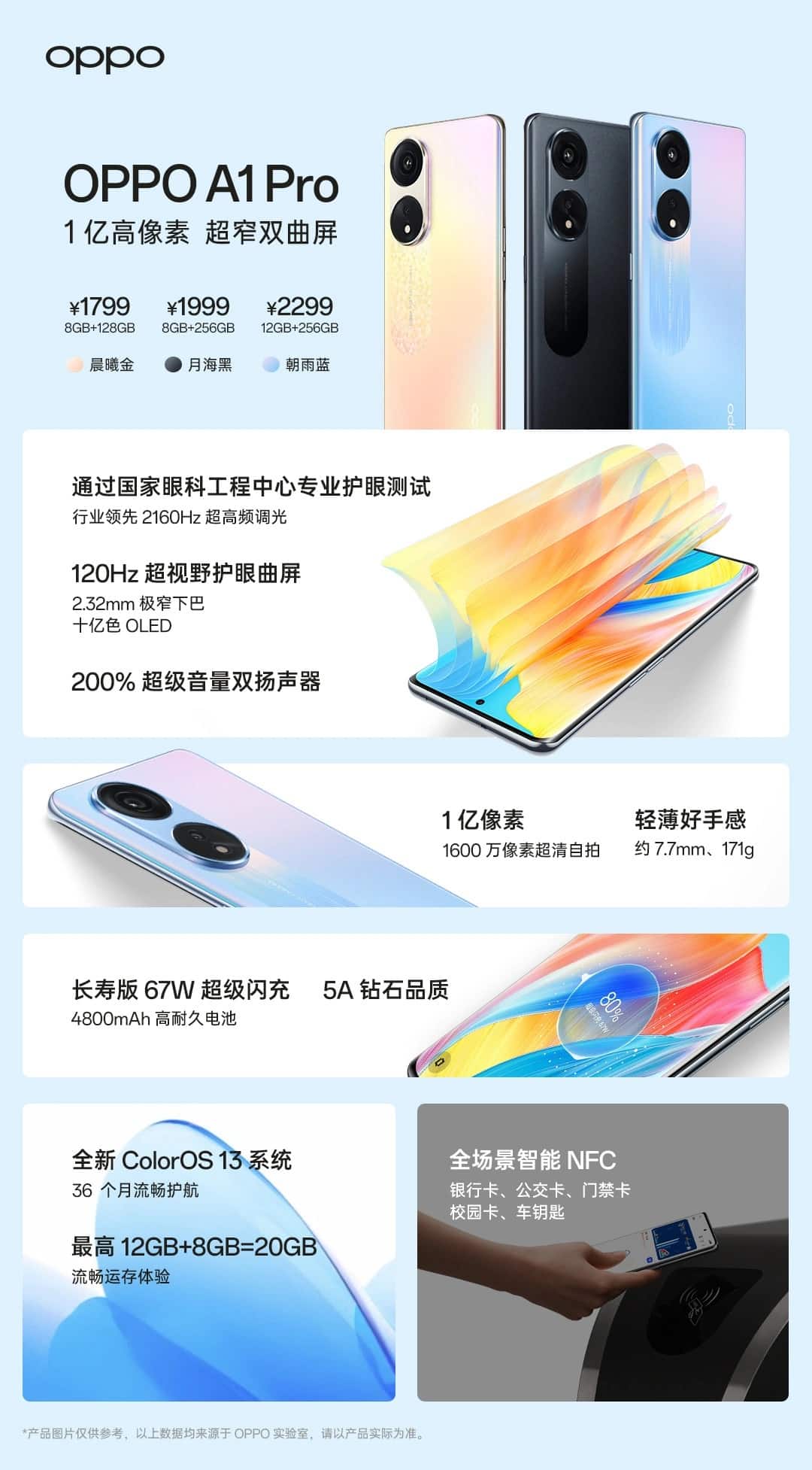 In addition, the machine has an optical fingerprint recognition scanner placed under the screen, NFC, two stereo speakers, and supports up to 1TB memory card expansion.

The OPPO A1 Pro is now available for pre-order, priced at:

It will start shipping on November 25.