Since yesterday, OPPO has been advertising the next-gen A-series of smartphones. The company will host a new product launch event in a couple of days and take wraps off the OPPO A1 Pro.

The manufacturer officially stated that the OPPO A1 Pro would have two major industry-first technologies and achieve new heights in four aspects.

According to the current official information, the A1 Pro will come with a 108-megapixel Samsung HM6 sensor as the main camera. The latter is promised to provide users with outstanding photography.

At the same time, the phone will use a 6.7-inch flexible curved screen. The latter will boast a resolution of 2412*1080 pixels and a refresh rate of 120Hz. It will use the COP Ultra packaging process to achieve a narrow 2.23mm chin. Also, this device will support 2160Hz high-frequency PWM dimming. The screen has passed the professional eye protection test of the National Ophthalmology Engineering Center. Lastly, it supports 1 billion colors and uses an OLED material. 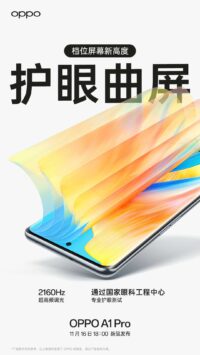 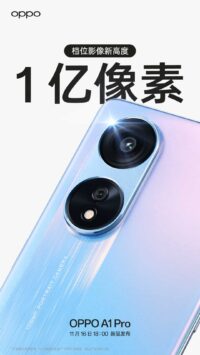 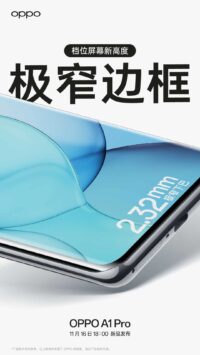 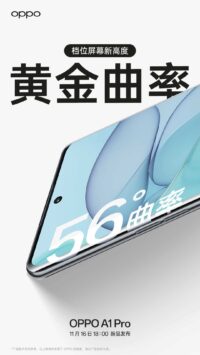 The phone will feature the Qualcomm Snapdragon 695 chip in terms of hardware and core configuration. In its turn, it will be paired with the LPDDR4x+UFS 2.2 storage combination. Thus, looking at its hardware, we can say this is a low-end smartphone. But its screen reaches the ceiling in the Android camp. So for those customers that pay much attention to the display, this is an ideal option.

Other than that, the phone will support 67W fast charging. But we have no information concerning the battery capacity. Also, there is an optical under-screen fingerprint scanner, stereo speakers, NFC, etc.

By the way, OPPO launched a model called OPPO A1 in 2018. So, the upcoming OPPO A1 Pro should be an upgraded version of the OPPO A1. But in fact, the two don’t have much relationship. After all, the OPPO A1 was released 4 years ago.