Realme 10 will come with 5000mAh battery but slim body

Next week is promised to be too hot for Android fans. Several Chinese tech companies will uncover their next-gen flagship phones. Among them, we can mention VIVO, Xiaomi, and Realme. As for the latter, on November 17, it will release the Realme 10 series. This is the first phone that returns to the domestic market after several years of absence. But for buyers from other regions, there are too many surprises.

For instance, today, we learned that the handset would come with a large 5000mAh battery. This is common for low-end or rugged handsets. Both do not care about the weight of the handset. But Realme could control it under 173 grams. Thus, we are dealing with a slim handset with a large-capacity battery. 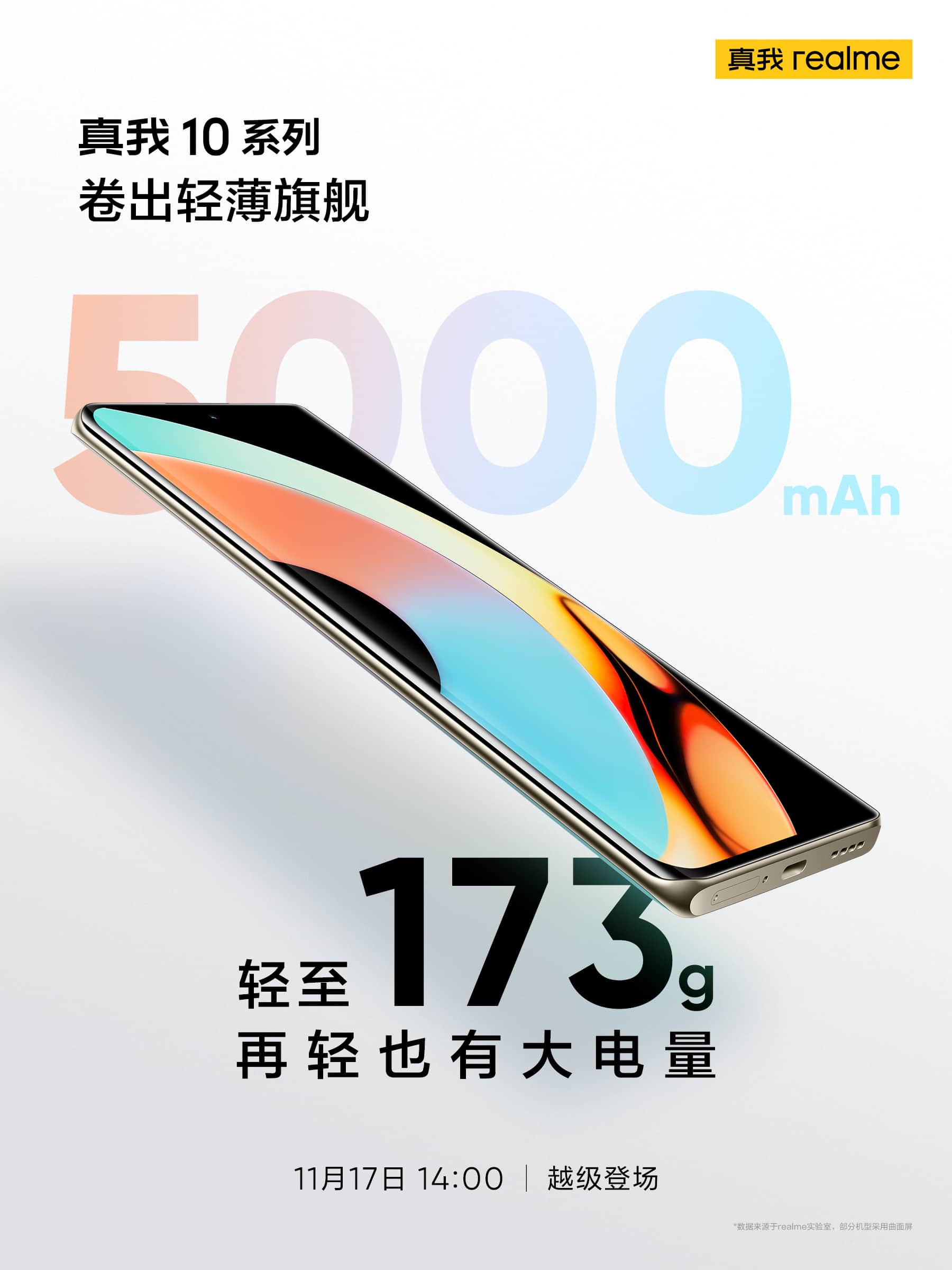 Another selling point of the series will be the screen. To make this amazing curved screen, the manufacturer has spent over 100 million yuan ($14.07 mln). Also, the company has decided to use the COP Ultra packaging process to create an extremely narrow chin of 2.33mm. 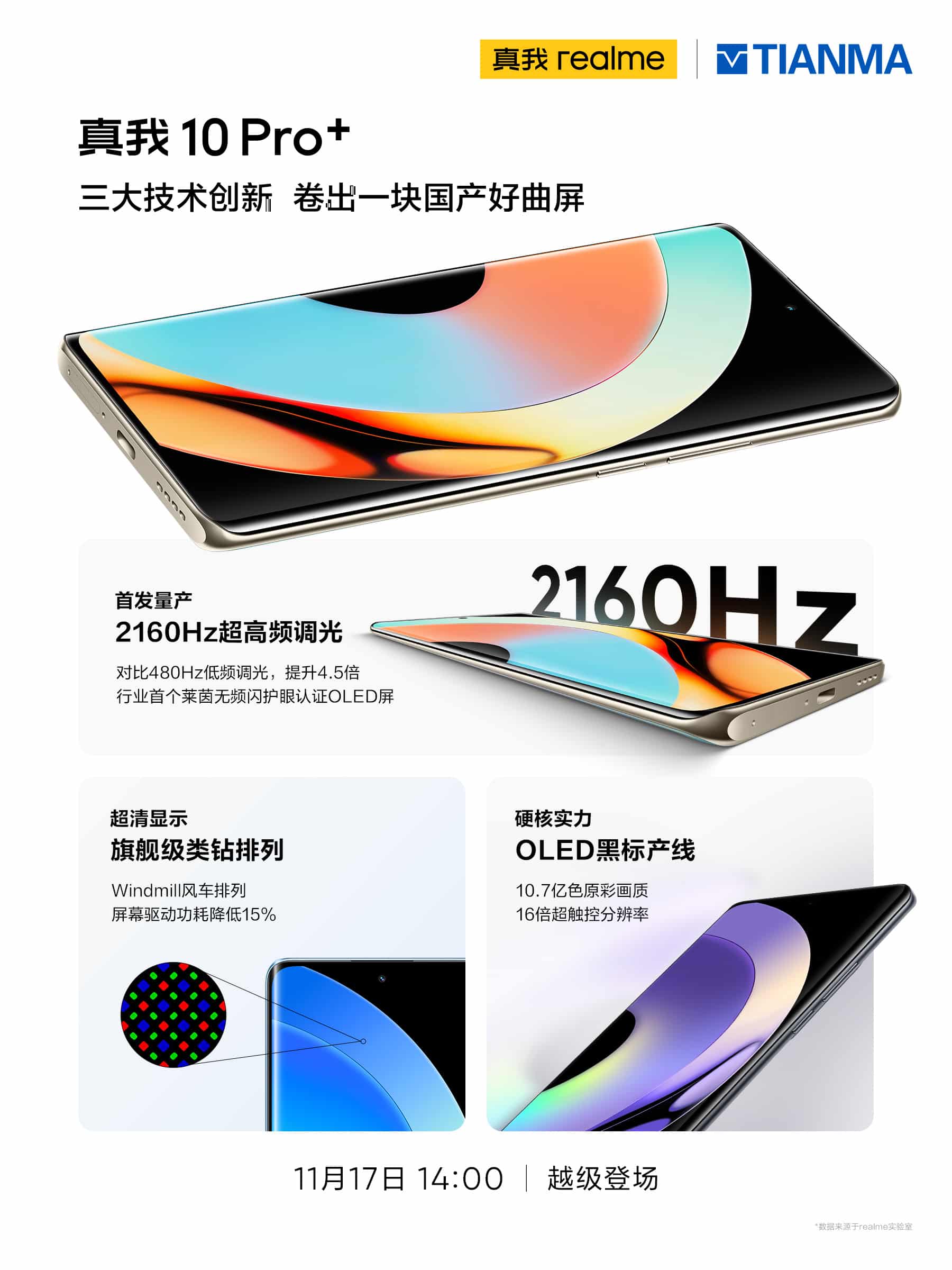 At the same time, the screen has a custom-made 61° golden curvature, supports 120Hz refresh rate, 1 billion colors, and firstly launches 2160Hz ultra-high frequency dimming. It can retain the color display accuracy in dark light and solve the problem of obvious low-brightness stroboscopic flicker. 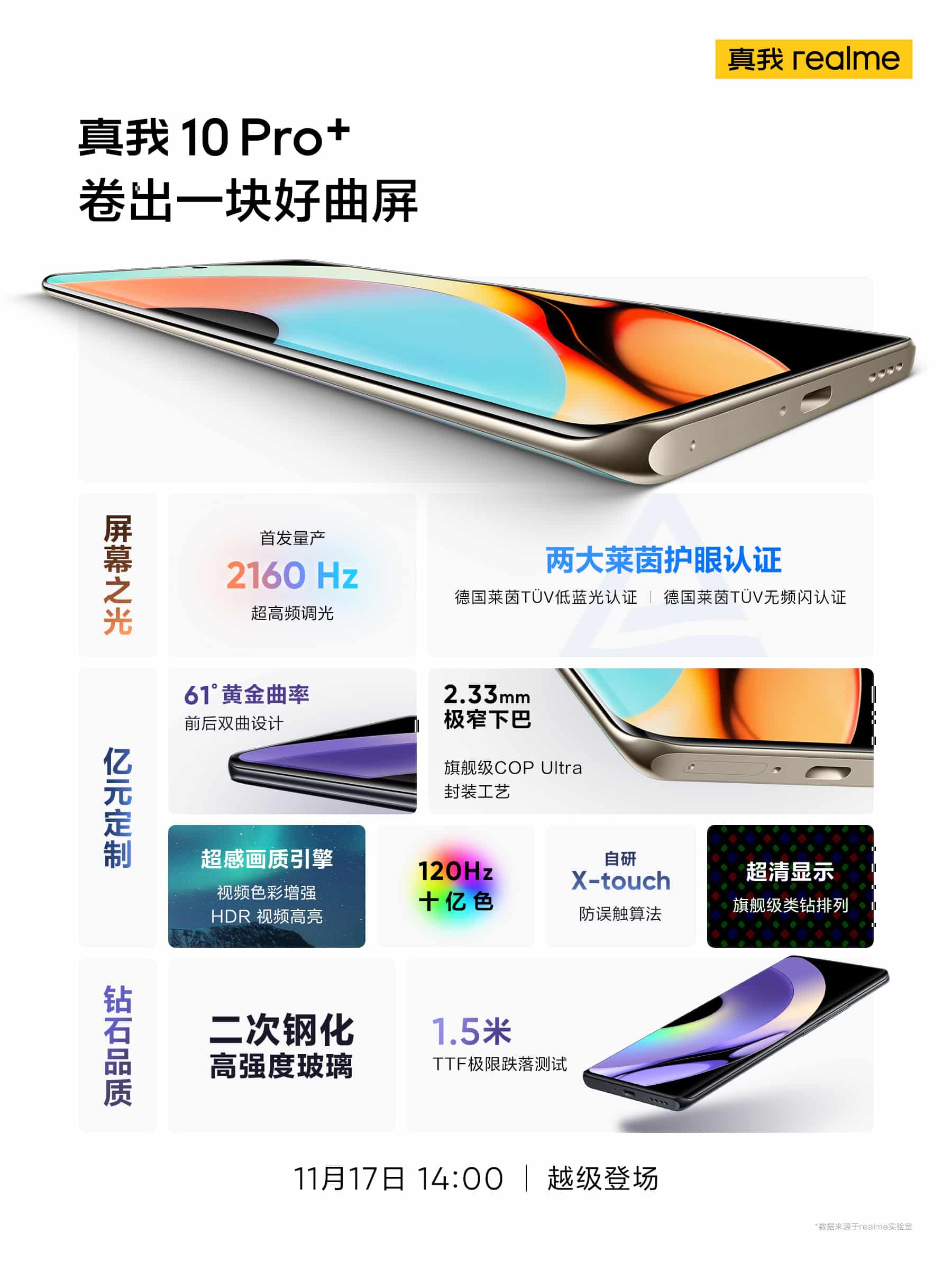 Before this, we’ve heard that the Realme 10 standard version would come with the MediaTek Dimensity 700 processor, 6.6-inch 90Hz 1080p water drop screen, built-in 5000mAh battery with a 33W fast charging support, Type-C interface, front 8-megapixel camera, and rear 50-megapixel main camera. Thus, most of the features mentioned above refer to the Pro variant. The latter will have a 6.72-inch 2400×1080 resolution screen, a built-in 5000mAh battery, a 3.5mm headphone jack, and a Type-C interface.

By the way, there will be another version, the Realme 10 Ultra. It’s going to be a true beast. 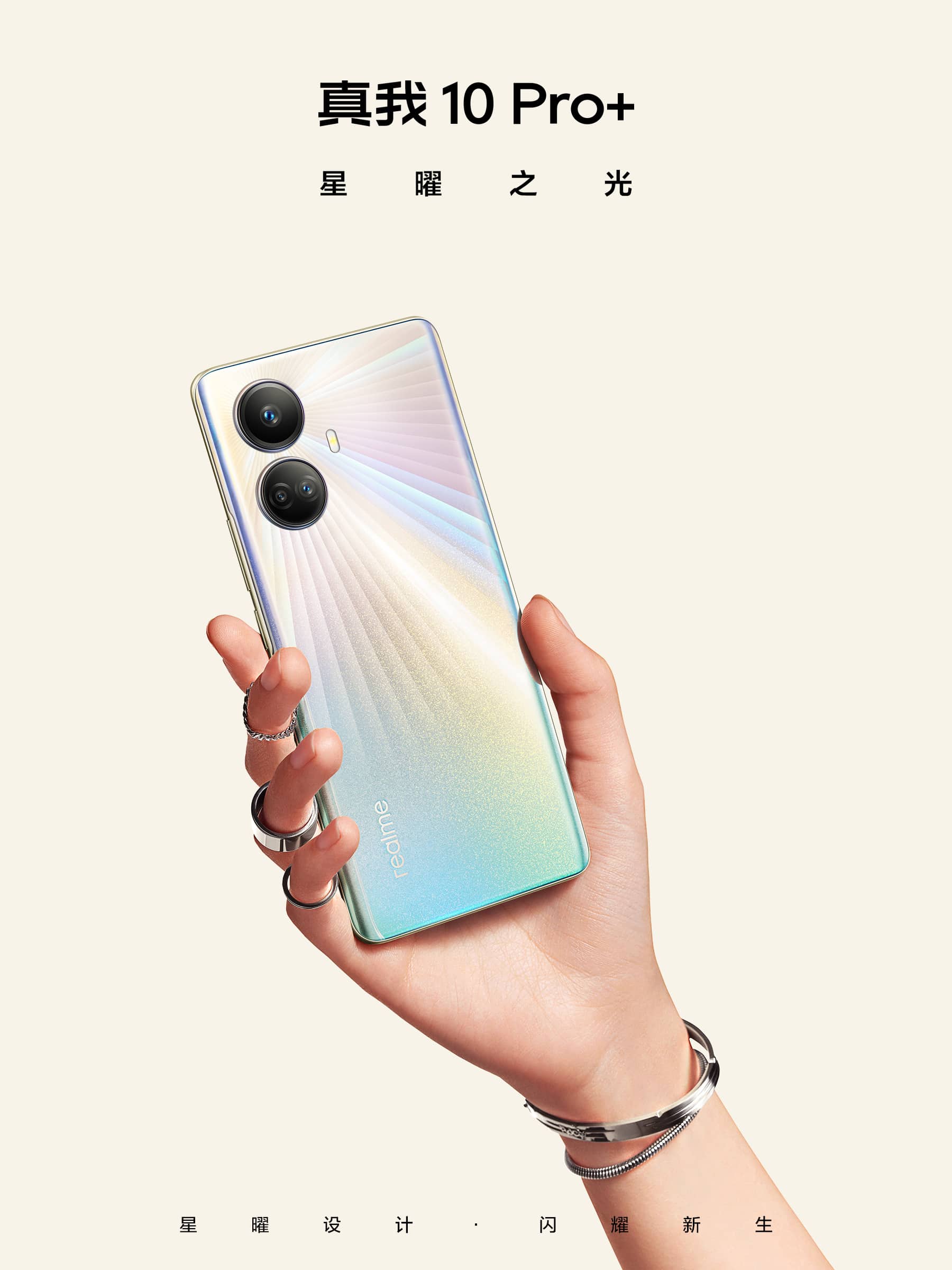