Before this, there were rumors that Xiaomi would bury the POCO brand. In fact, the latter has no role in Xiaomi’s strategy. The company freed Redmi, allowing it to fight in the cost-effective smartphone market, while the original Xiaomi brand entered the premium segment. Like many other brands in the niche, the company should have been running a dual-brand strategy. However, this is not the case. POCO is alive, and it launches new phones regularly.

Today, we learned that the FCC had certified a new POCO phone with model number 22101320G. The phone is named the POCO X5. The latter will come with a 5000mAh battery pre-installed with the MIUI 14 system. Before getting acquainted with the rest of the key features, you should know that FCC certification means the device will land in the US. 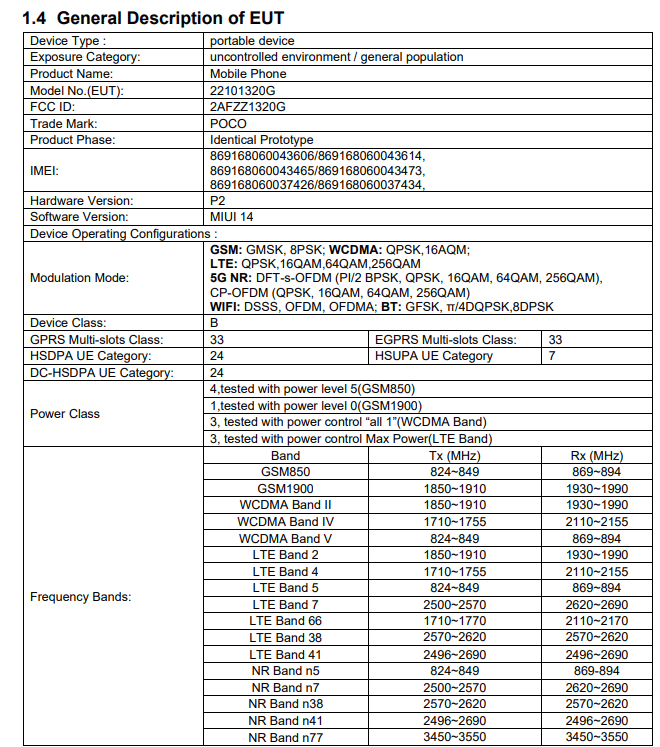 At present, the details of POCO X5 are unknown. But from a Weibo blogger, we have heard that the two new models Xiaomi will release overseas are all pre-installed with MIUI 14. Moreover, he said that one of them will sport a Dimensity 1080 chip, while the other will come with a Qualcomm Snapdragon 778G. So it turns out the upcoming POCO X5 will be one of them.

As usual, MIUI 14 will likely debut at the end of this year. When recalling the changes of the previous system versions, there is every reason to think that MIUI 14 will have new changes in UI, security and privacy, personalized functions, and animation fluency. By the way, all MIUI rivals have already improved these aspects.

The Internet of Everything (IoE) is one of the essential points. Before MIUI 13, Xiaomi launched a new feature that breaks the gap between hardware and realizes the interconnection of global devices.

Xiaomi already has the world’s largest consumer-grade AIoT platform, backed by 500 million users worldwide. So we think MIUI 14 will bring new upgrades in the field of interconnectivity.