In September this year, Xiaomi released the Mijia glasses, which stirred the net. Recently, the company pushed out the first OTA update, which brought many useful features, such as animal and plant recognition. Thus, when telling it a plant or an animal name, it can intelligently identify them. Today, it got a new update, which enables various practical functions such as voice control, and cross-camera zoom during recording, and you can take screenshots through the app. Thus, users can now implement more operations without using their hands.

Now, when the Mijia glasses support more voice commands, let’s see how we can use them in practice. For example, when the product screen is lit, say “click” on the glasses camera, and the picture in front of you will be captured immediately. You can even use the words “record,” “photograph,” “stop,” “zoom in,” and “zoom out” to control the camera. 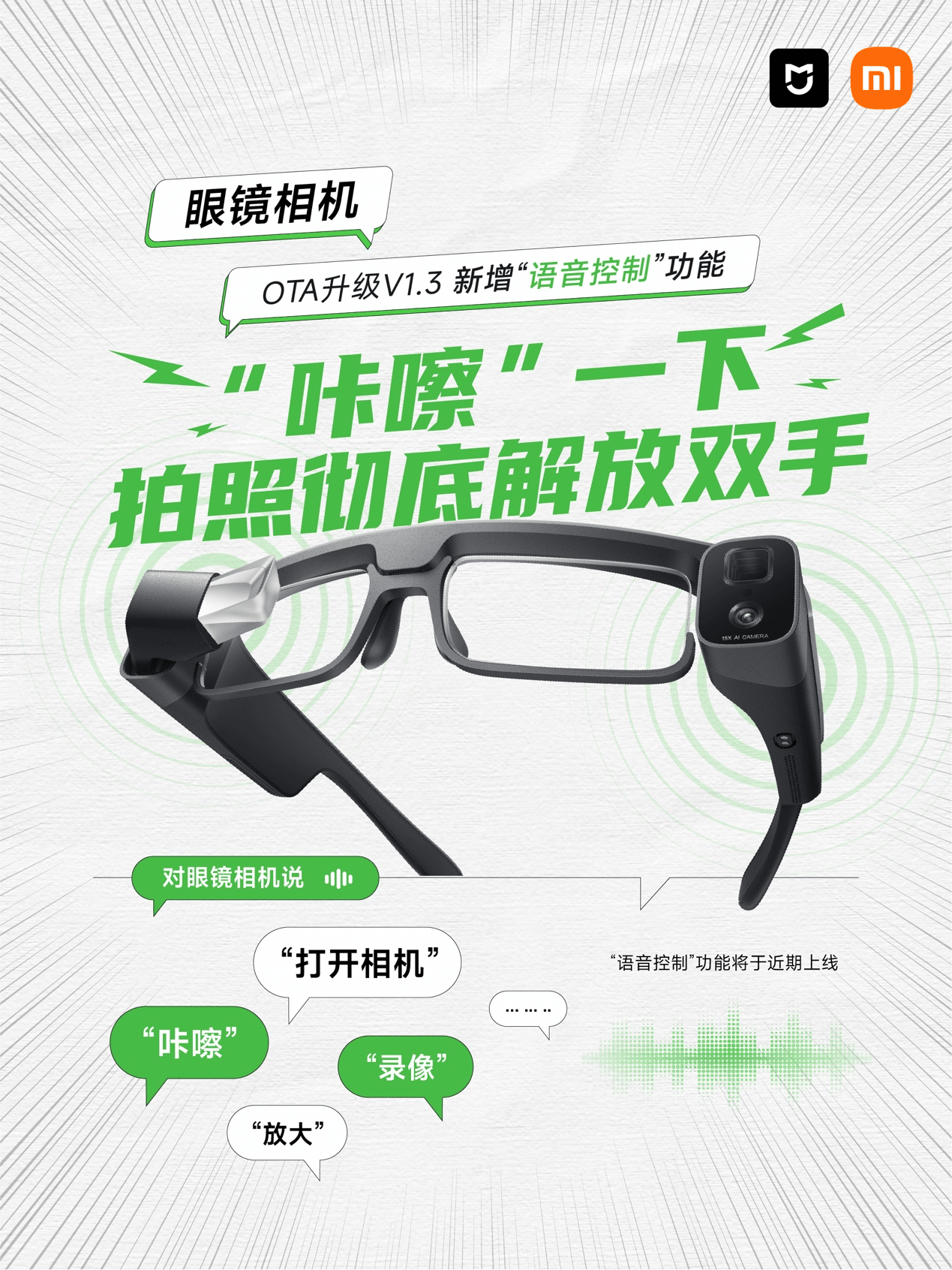 As for the product’s selling points, the Mijia glasses camera adopts Sony’s new micro OLED silicon-based display. It boasts a peak brightness of 3000 nits and a pixel density of 3281ppi. It is 6+ times that of smartphones. Also, the display supports a 10000:1 contrast ratio.

In addition, the glasses come with 1X-15X periscope dual cameras. They provide a very useful feature called “what you see is what you get.” There is a Qualcomm Snapdragon 8-core independent platform. The product’s battery allows us to use the glasses for 100 minutes when fully charged continuously.

This product went on crowdfunding through Xiaomi’s platforms. In 14 days, it could reach 10.39 million yuan ($1.45 million), becoming the first product in the Xiaomi ecological chain before the end of crowdfunding in 2022.