Recently, Xiaomi quietly launched the Mijia glasses camera. In fact, it went on crowdfunding at a price of 2499 yuan ($369). Once it goes on sale, its retail price will be 2699 yuan ($399). Well, in a couple of days, on August 3, Xiaomi will officially uncover these new smart glasses. This is a Xiaomi ecological chain enterprise product.

According to Xiaomi, “this is a future-oriented camera in the form of smart glasses. It has been developed for 2 years and has broken through many technical obstacles. We have integrated smart imaging and AR technology to bring this simpler life recording device to the front of everyone in order to let everyone release their creative enthusiasm to the fullest.” 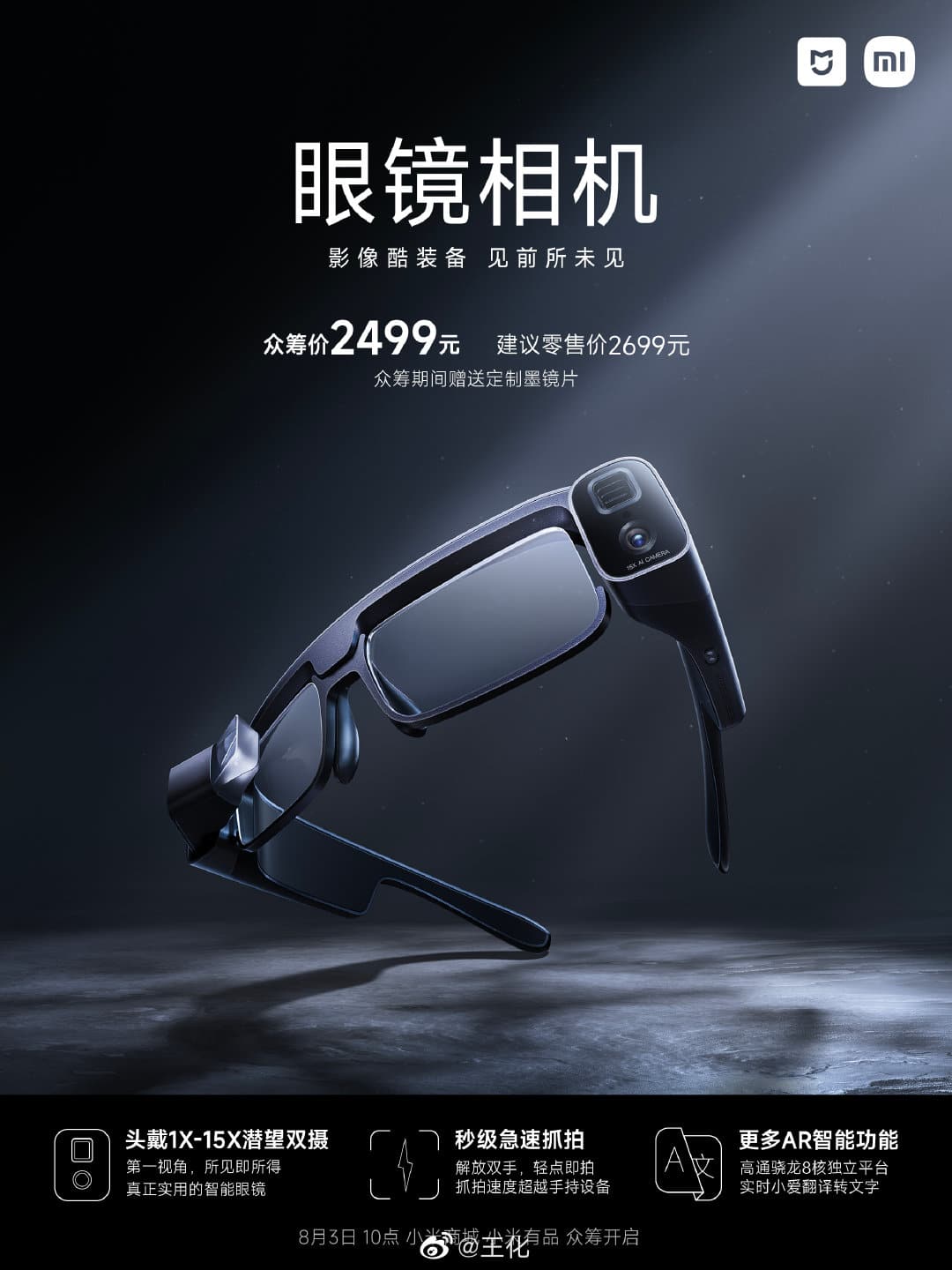 The features of the Mijia glasses camera are as follows:

Also, the Mijia glasses camera sports a free-form AR light machine, with a light efficiency ratio of 60% and a peak eye-catching brightness of 1800nits. The screen can clearly display content outdoors in sunny conditions. Using Sony’s new-generation Micro OLED silicon-based display, the peak brightness reaches 300nits, the pixel density is 328ppi, which is 6 times that of mobile phones, and it also supports a 10000:1 contrast ratio.