Nubia’s Red Magic line is mainly known for its genuine gaming smartphones and various accessories. And only a few people know that this brand has also entered the gaming monitor market. Today, it sent its next-gen gaming display to the stores. Well, actually, they are not available for purchase for the time being. But you can start pre-ordering it starting from October 10.

The Red Magic gaming monitor was released in July this year. It is “the first 27-inch 4K (3840×2160) 160Hz mini LED monitor” on the market. We had no information concerning the price and launch date at that time. 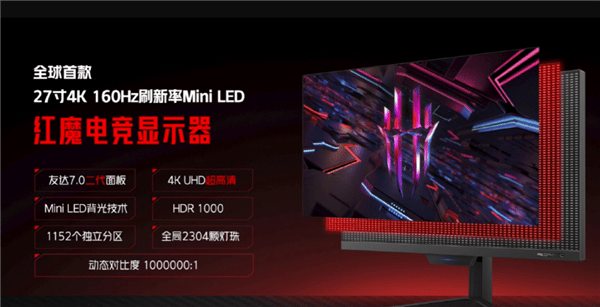 Anyway, there are too many selling points. So let’s talk about them in detail. The Red Magic gaming monitor uses the AUO 7.0 second-generation panel. The latter has 2304 lamp beads, 1152 independent partitions, brightness up to HDR1000, and supports 99% DC-P3 color gamut and 99% Adobe RGB color gamut. What’s more impressive, the chromaticity Delta E is less than 1.

In addition, this monitor has a response time of 1ms, supports AMD FreeSync and NVIDIA G-Sync, and is the world’s first millimeter-wave wireless projection monitor that supports lossless image quality transmission and millisecond-level delay. 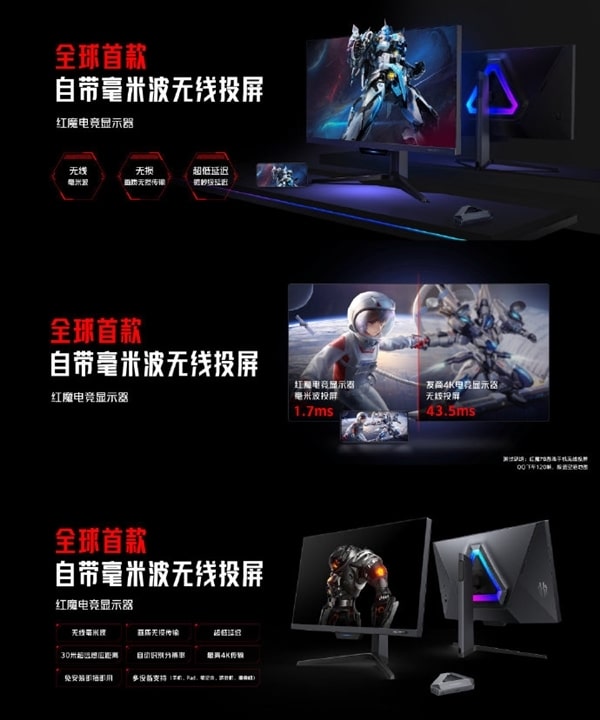 As we are dealing with a gaming product, that’s quite logical to see many ports and interfaces on its body. Particularly, it comes with an HDMI 2.1 full-blood interface and a full-featured USB-C interface. The latter supports a 90W reverse power supply. Moreover, the stand of this gaming monitor supports lifting and rotation adjustment.

According to the previous information, the Red Magic gaming monitor was originally planned to be launched in September this year. It ought to offer two versions – a 4K normal version / 4K wireless projection version and a 2K 240Hz non-mini LED backlight version.