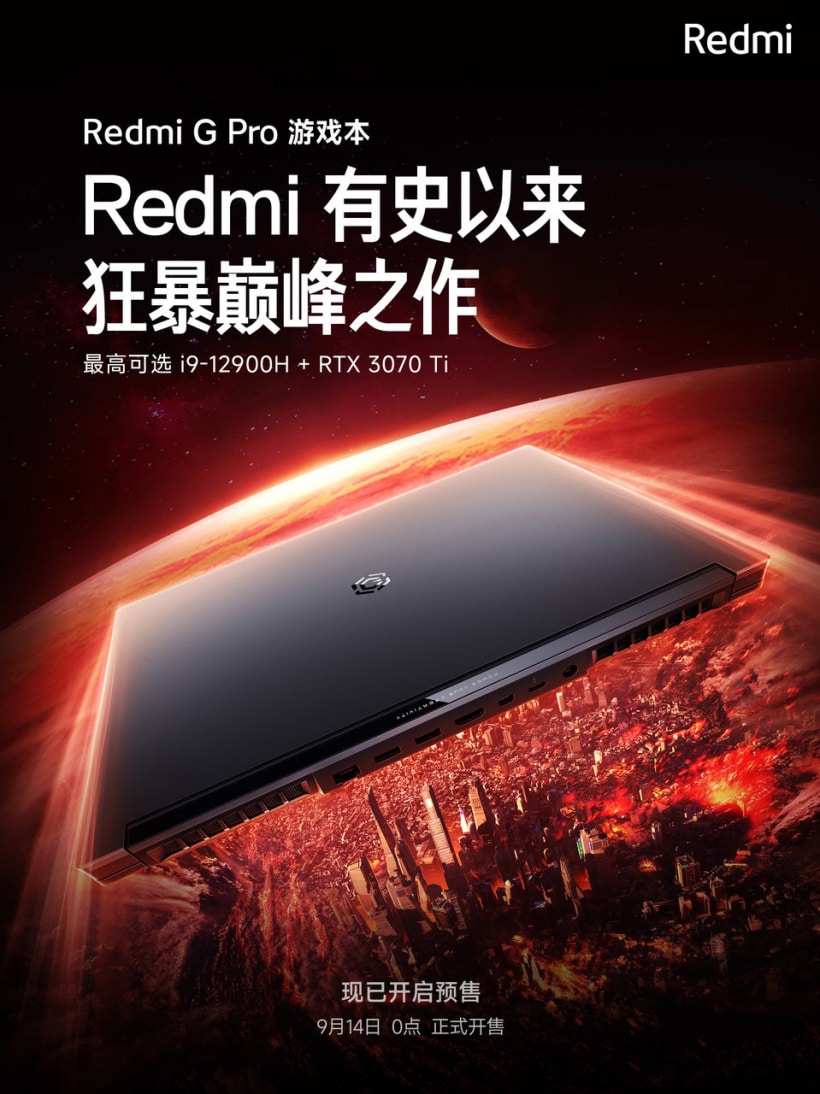 As for the selling points, the Intel Core version and the AMD Ryzen version come with identical features. For instance, the Redmi G Pro gaming notebook sports a 16GB dual-channel DDR5-4800 memory and 512GB PCIe 4.0 SSD. At the same time, it has four heat pipes and dual 12V fans for cooling. This is essential for this product because we are dealing with a gaming notebook, and it should have good heat dissipation. Also, do you imagine what heat it generates when the Intel Core i9 processor runs at the maximum speed? 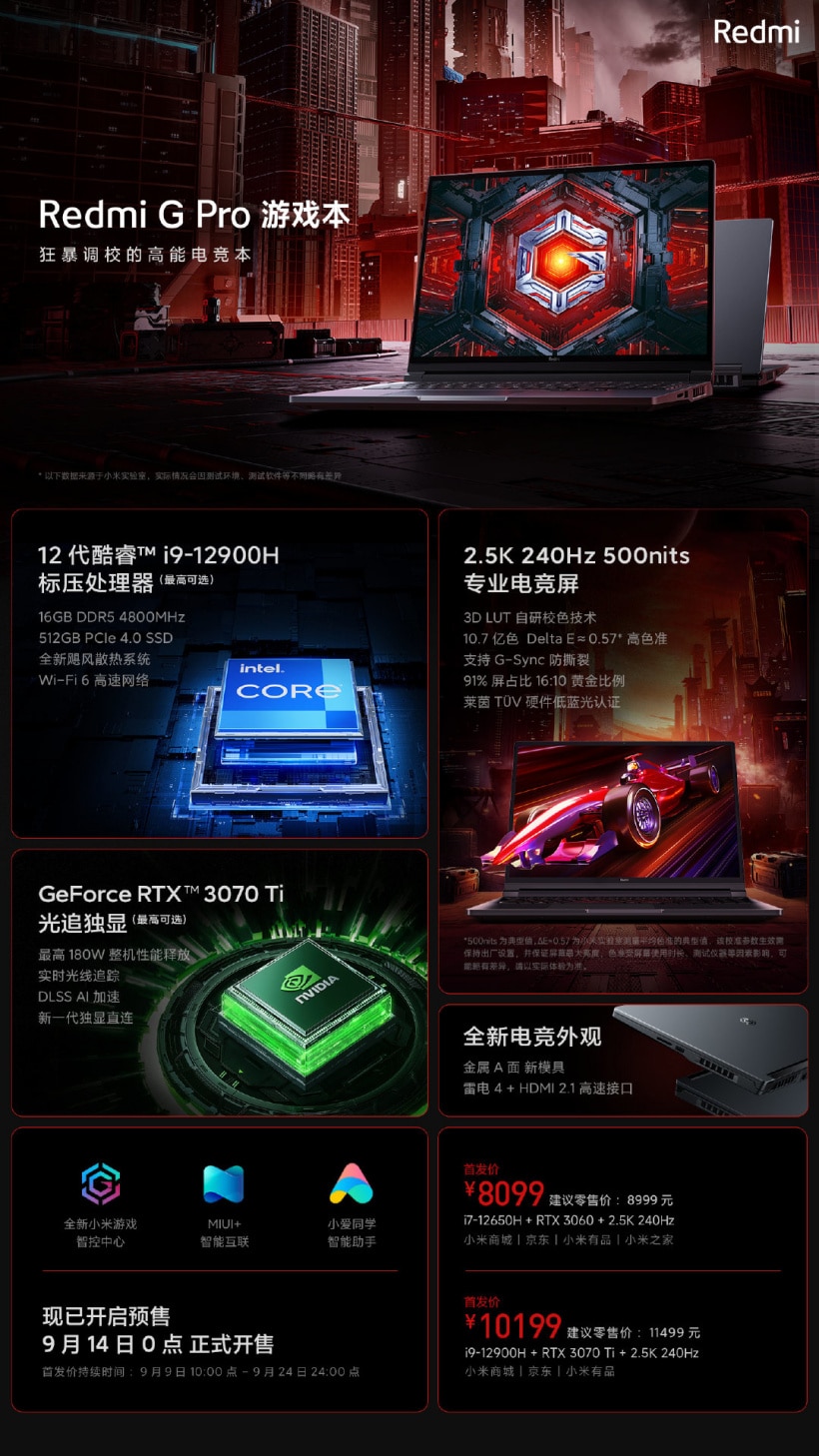