As for features, the Xiaomi Notebook Pro 120G has several improvements and new features compared to the last-gen machine.  For instance, it has a dedicated NVIDIA GeForce MX series GPU, a 120Hz display, and the 12th-gen Intel Core chip.

The Xiaomi Notebook Pro 120 has an integrated GPU. The rest of the features are identical to the 120G model. However, let’s get into details and understand what performance these two promise. 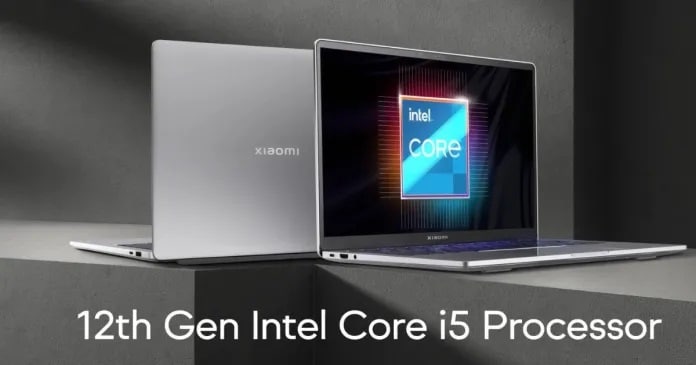 The Xiaomi Notebook Pro 120G features a 14-inch display with a 2.5K resolution, 16:10 aspect ratio, and a 120Hz screen refresh rate. Inside, it hosts the latest Intel Core i5 H series processor and a dedicated NVIDIA GeForce MX550 GPU. The latter is the biggest improvement in comparison to the last year’s Intel Iris Xe Graphics. Both models have up to 16GB LPDDR5 RAM and 512GB of PCle Gen4 SSD.

As you already guess, they are top-end devices. So it’s logical they will be good in terms of connectivity as well. The NoteBook Pro 120G comes with a Type-C thunderbolt v4 port, HDMI, 3.5mm jack, Type-C port, and USB Type-A port.

The machine has a metal body that weighs only 1.4Kgs.

The Notebook Pro 120G has a 56Whr battery, which should provide an all-day-long endurance. It supports 100W fast charging.