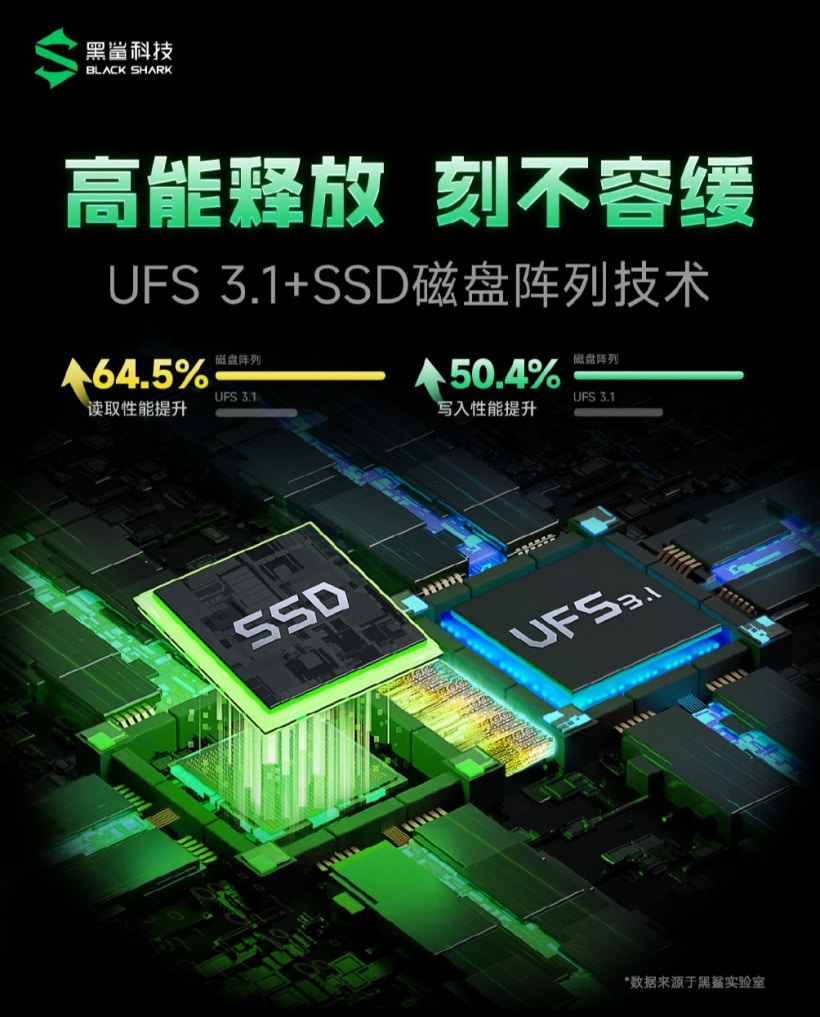 Now, the new Black Shark 5 High-energy version comes with the Disk Array System 2.0 technology. However, we should say that this is the Pro model. And apart from the mentioned technology, the rest remains unchanged. Thus, it still sports the Qualcomm Snapdragon 870 processor, LPDDR5 memory, UFS3.1 + SSD Disk Array Technology 2.0, VC liquid cooling system, and supports Wi-Fi 6. 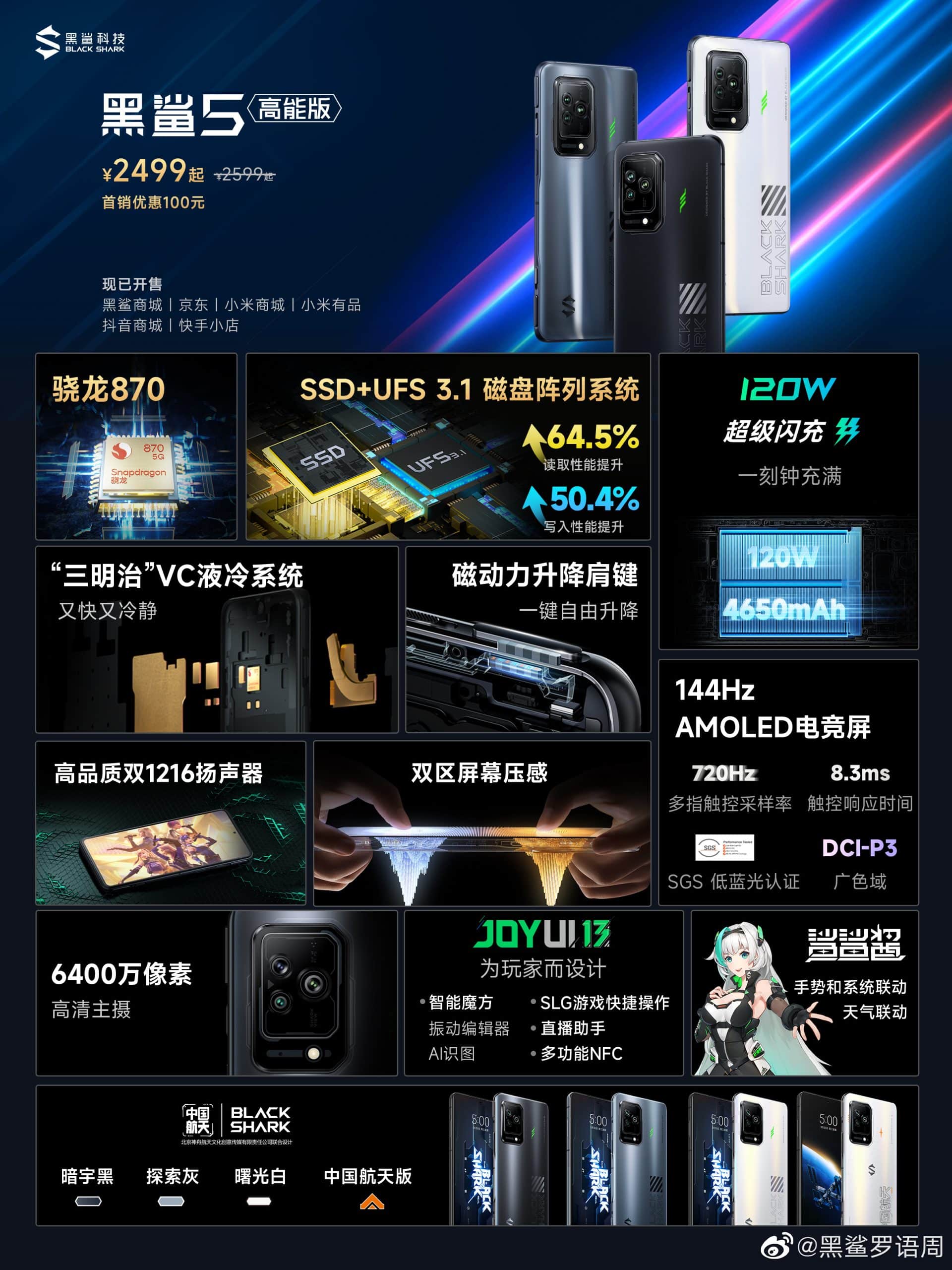 The Black Shark 5 has a front 16MP lens. Also, there is a triple camera on the back. It includes a 64MP main lens, a 13MP ultra-wide-angle lens, and a 2MP macro lens.

Another highlight of the phone is the 4650mAh battery supporting 120W fast charging. The phone is capable of reaching 100% of power in only 15 minutes.