Before launching the Mi Pad 6, the company decided to bring another model to the current generation, the Xiaomi Mi Pad 5 Pro 12.4. The latter is a large-screen tablet, as the name implies. The screen has been increased from the previous 11 inches to 12.4 inches. Plus, there is a larger capacity battery of 10000mAh and 67W fast charging support. The tablet runs an optimized MIUI system. And all these features allow us to put it next to the Apple iPad Pro.

Compared with the previous Mi Pad 5 Pro tablet, the Mi Pad 5 Pro 12.4 has mainly upgraded the hardware with a large screen, large battery, and large-capacity storage. Plus, the company has made changes in its design. Now, it uses a hidden antenna design, which is very innovative. Its fuselage uses a high-end CNC process polishing, making it look stylish.

Our protagonist weighs only 620 grams and has a thickness of 6.66mm. It is available in three colors: black, silver, and green. 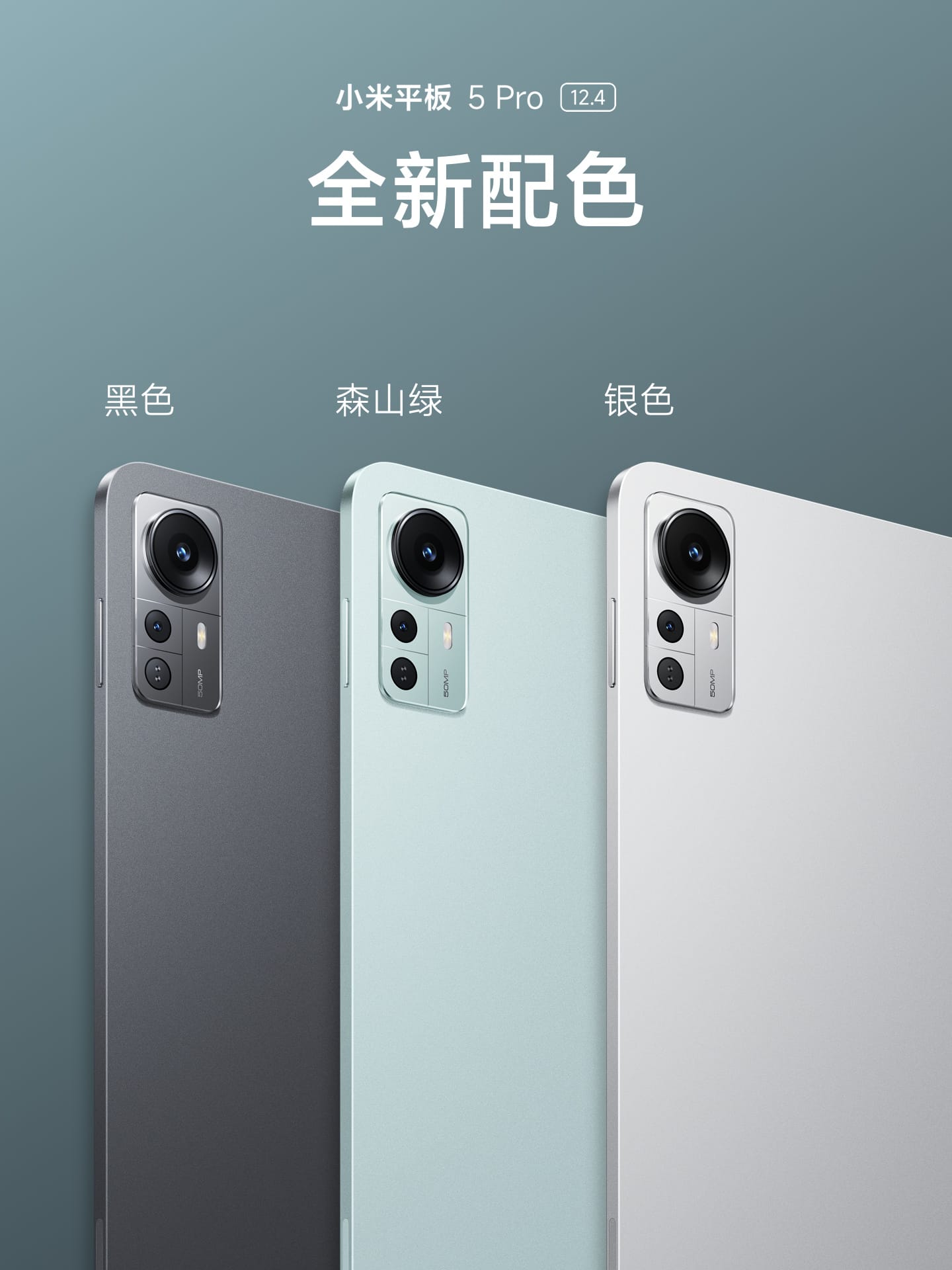 The 12.4-inch flagship LCD large screen has a 27.6% higher display area than the Mi Pad 5. Also, it boasts of a 2.5K ultra-high resolution, 120Hz high refresh rate, 16:10 golden ratio, 500nit brightness, P3 color Domain, HDR10, and Dolby Vision. Thus, this tablet has almost no equals when it comes to the display. 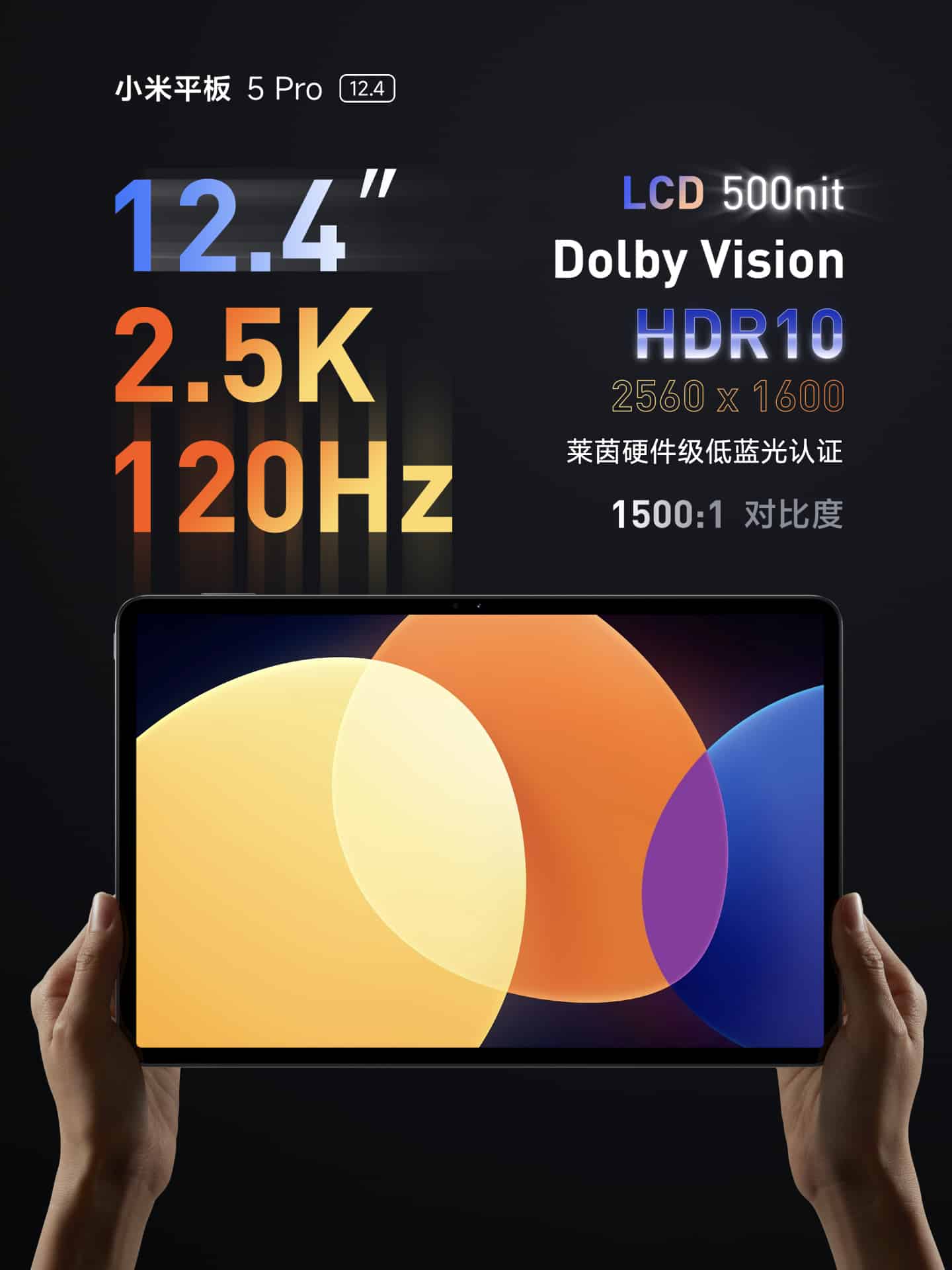 For users who like to watch TV series frequently, the Xiaomi Mi Pad 5 Pro 12.4 also supports MEMC dynamic compensation. It can increase 24/30 frames of video to 48/60 frames. 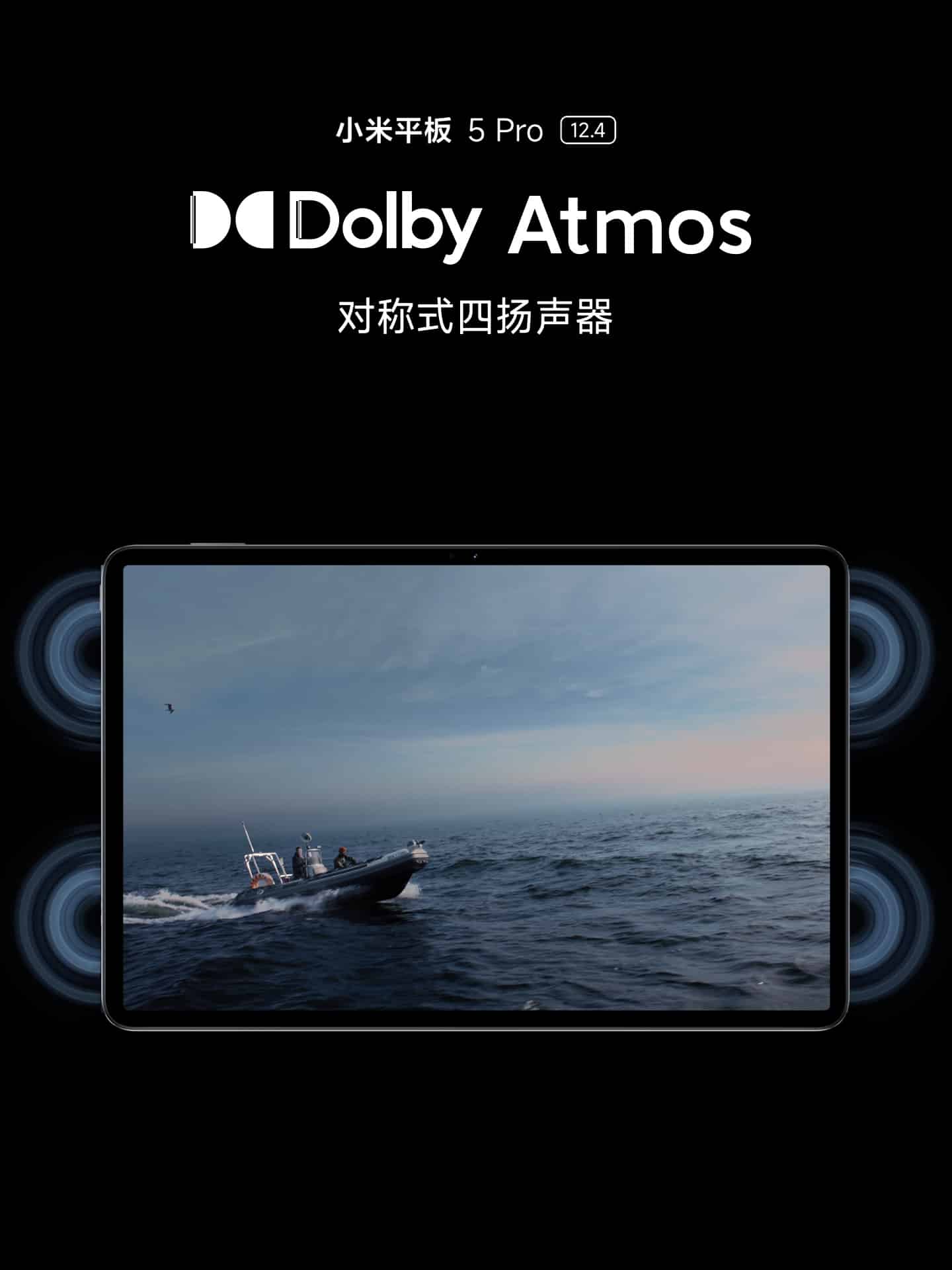 Under the hood, we have a Snapdragon 870 processor and an upgraded storage capacity of 12+512GB. So you can store more data.

As said, another big improvement refers to the battery. From 8700mAh in the previous generation, it reached 10000mAh. Also, the fast charging has been increased from 33W to 67W. So now, the battery can last for up to 12.5 hours, while it can reach 100% when charging in 68 minutes. 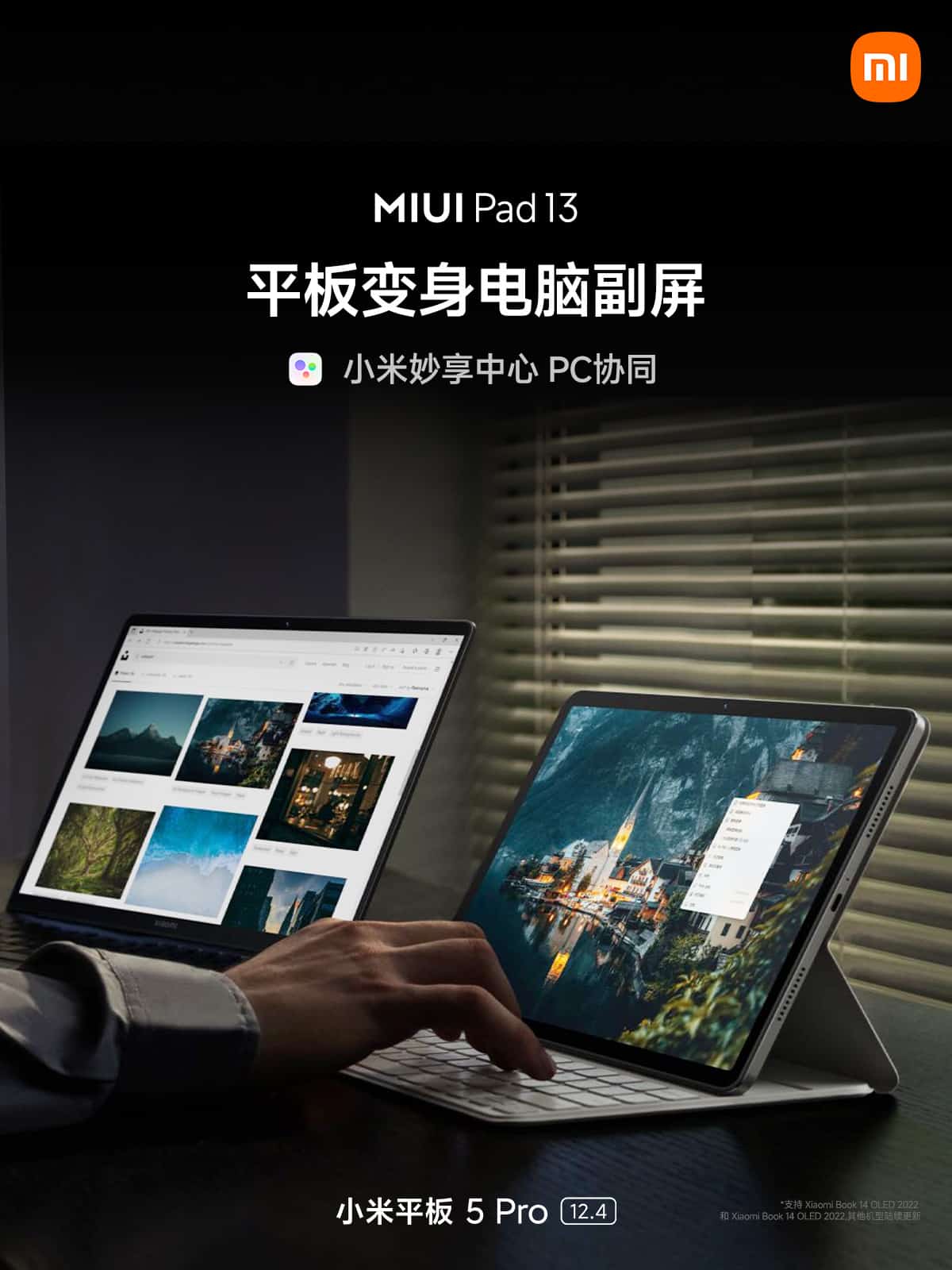 The  Xiaomi Mi Pad 5 Pro 12.4 has also made a lot of optimizations for business applications. For example, the interface has been upgraded to USB-C 3.2 Gen1, and the rate can reach 5Gbps. This means that data copies faster and it also supports DP output for easy connection. We mean you can use this feature to share the screen with various devices during a meeting.

The front-facing camera has a 20MP resolution, while the rear camera comes with two sensors of 50MP and 2MP resolutions.

As we are dealing with a large-screen tablet, it’s logical this product will be used for a keyboard and a mouse frequently. That’s why Xiaomi has introduced its own external accessories. Particularly, there is a keyboard protective case and a stylus, of which the keyboard can provide 110° viewing mode and 122° office mode. It supports a multi-function Fn key, quick brightness adjustment, volume adjustment, playback controls, and other functions by combining keys.

We should also talk about the new MIUI 13 For Pad system on the Mi Pad 5 Pro 12.4. As the name suggests, it is specially designed and optimized for large-screen devices. There are major changes in multiple application interfaces, support for free windows, and fast split-screen support. There is also Xiaomi’s Magic Sharing Center, which can quickly connect smart devices such as mobile phones, TVs, and computers. 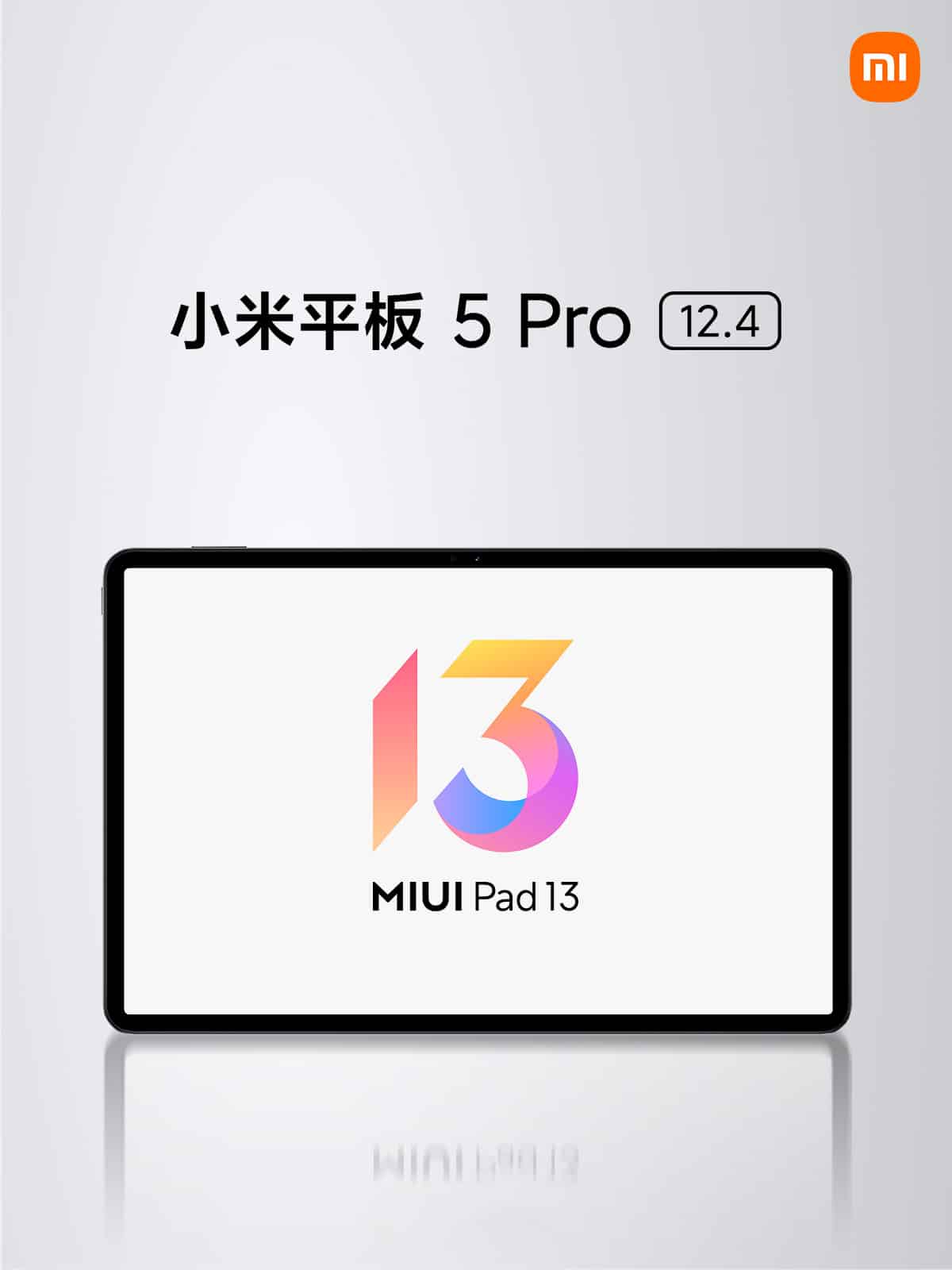