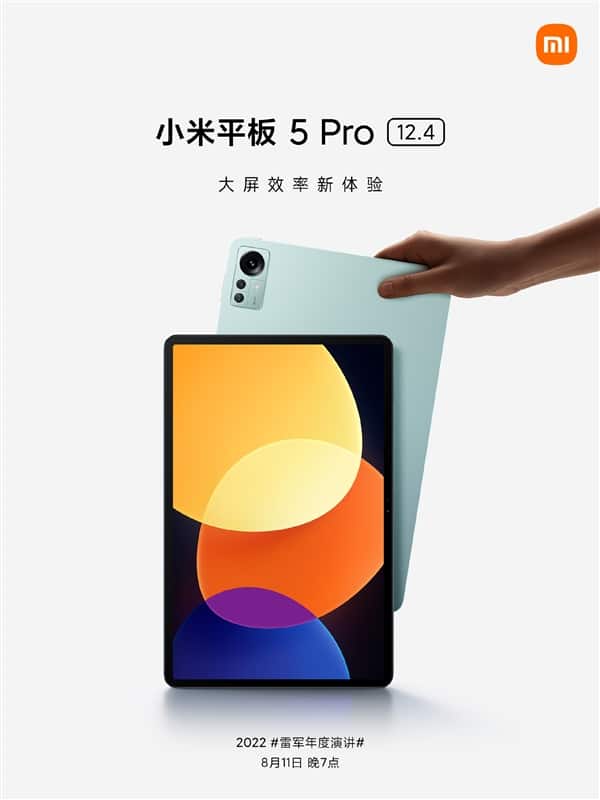 According to the official introduction, the new product will have a large screen. Thus, it will bring a wider field of view, more convenient interaction, and more power. The 12.4-inch front of the Xiaomi Mi Pad 5 Pro still adopts the previous four-sided equal-width full-screen solution, and the frame appears very narrow under the large screen.

The middle frame and the back seem to use an integrated design. We guess the tablet will use metal materials to ensure the stability of the body in a large size and to further improve the texture. The middle frame is designed with right-angle edges, similar to the iPad.

Besides this, MySmartPrice reported that a Xiaomi tablet with model number 22081281AC had appeared on the GeekBench benchmarking website.

As for hardware, the tablet uses an octa-core processor, of which 4 cores are clocked at 1.8GHz, 3 cores are clocked at 2.42GHz, and 1 core frequency is 3.19GHz. So there is every reason to think that we are talking about the Snapdragon 870. The latter is Qualcomm’s upper mid-range chip, which inherits many parameters from the toppest Snapdragon 8 Gen 1 series. 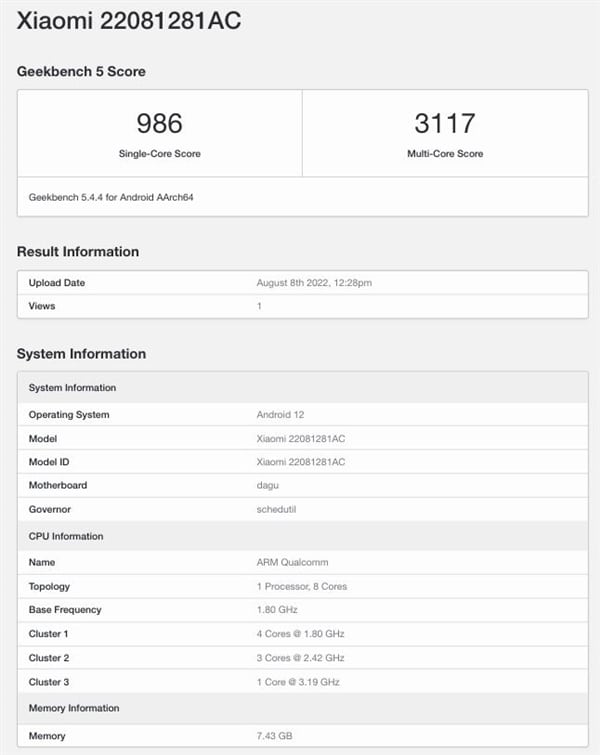 In addition, this Xiaomi tablet runs the MIUI 13 system based on Android 12 and has 8GB of RAM. The tablet CPU has a single-core score of 986 and a multi-core score of 3117.

Also Read: Redmi tablet appeared in GeekBench with Snapdragon 870 onboard

According to a famous Weibo leaker, the Xiaomi Mi Pad 5 Pro 12.4 has an upgraded screen size of 12.4 inches compared to the previous generation, a 50MP dual camera, a larger battery, and few other changes.