Following the schedule, Xiaomi released the Redmi K50i smartphone in India today. However, it’s not a new model but the renamed Redmi Note 11T Pro which was launched in China previously.

This simply means that almost everything remains unchanged on the Redmi K50i. Thus, like the Redmi Note 11T Pro, it comes with the MediaTek Dimensity 8100 chip, as well as 8GB LPDDR5 memory and 256GB UFS 3.1 storage. In the AnTuTu benchmark platform, the phone scores 822,274 points. The result shows that the handset got more than some Snapdragon 888 phones and the iPhone 13 series with its A15 chip.

#RedmiK50i is here to wRAP up the competition! 😎

Choose to groove and #LiveExtreme with this insane banger of an anthem from @BrodhaV.

Drop a 🎤 as a comment for a special response. pic.twitter.com/IHw1bomf7O

On the front, we have the same 6.6-inch FHD+ LCD screen with a refresh rate of 144Hz. The 5080mAh battery still supports 67W fast charging.

In terms of cameras, our protagonist is equipped with a 64MP Samsung ISOCELL GW1 main camera, 8MP ultra-wide-angle lens, and a 2MP macro sensor. On the opposite side, the handset has a 16MP camera. The machine also has a side fingerprint sensor, dual stereo speakers, an infrared transmitter, a 3.5mm headphone jack, and IP53 certification for dust and water resistance.

It is worth mentioning that the Redmi K50i also provides 5G support in India and is the first model under Redmi to support 12 5G frequency bands. However, besides this, there is support for 4G LTE, Wi-Fi 6, and Bluetooth 5.3. Unlike the Chinese version, however, the Redmi K50i does not offer NFC. In India, it’s senseless.

In terms of software, the Redmi K50i leaves the factory with MIUI 13 based on Android 12. Xiaomi promises two years of Android upgrades and three years of security updates for the phone. 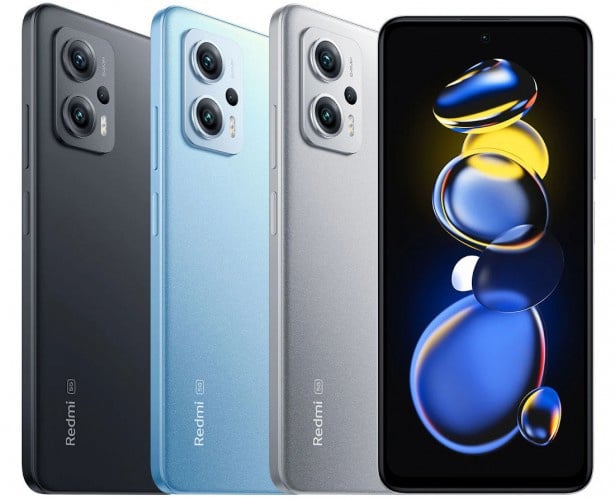 The Redmi K50i will go on sale in India on July 23, offering 3 color variants. The prices for the available configurations are as follows: