In a week, the Indian Mi fans will meet a new smartphone from Xiaomi, namely the Redmi K50i. The latter is planned to be uncovered in the world’s second-largest market on July 20. We know almost everything about this handset and we have to say its specs look quite attractive. Among them, we have to point out the Dimensity 8100 chip. Today, Redmi India not only confirmed this but also displayed a screenshot with the benchmark results. Yes, it’s going to be a very powerful device in its price range.

⚠️ Special announcement for those who like to live life F̷A̷S̷T̷ 𝙀𝙓𝙏𝙍𝙀𝙈𝙀!#RedmiK50i will come equipped with @MediaTekIndia Dimensity 8100.

As we can see, in the AnTuTu benchmark platform, the Redmi K50i scores 822,274 points. The result shows that the Redmi K50i got more than some Snapdragon 888 phones and the iPhone 13 series with its A15 chip. And though in general, AnTuTu’s Android and iOS benchmarks cannot be directly compared, this is a clear hint that our protagonist will make competition to many Android mid-rangers that are currently on the market. 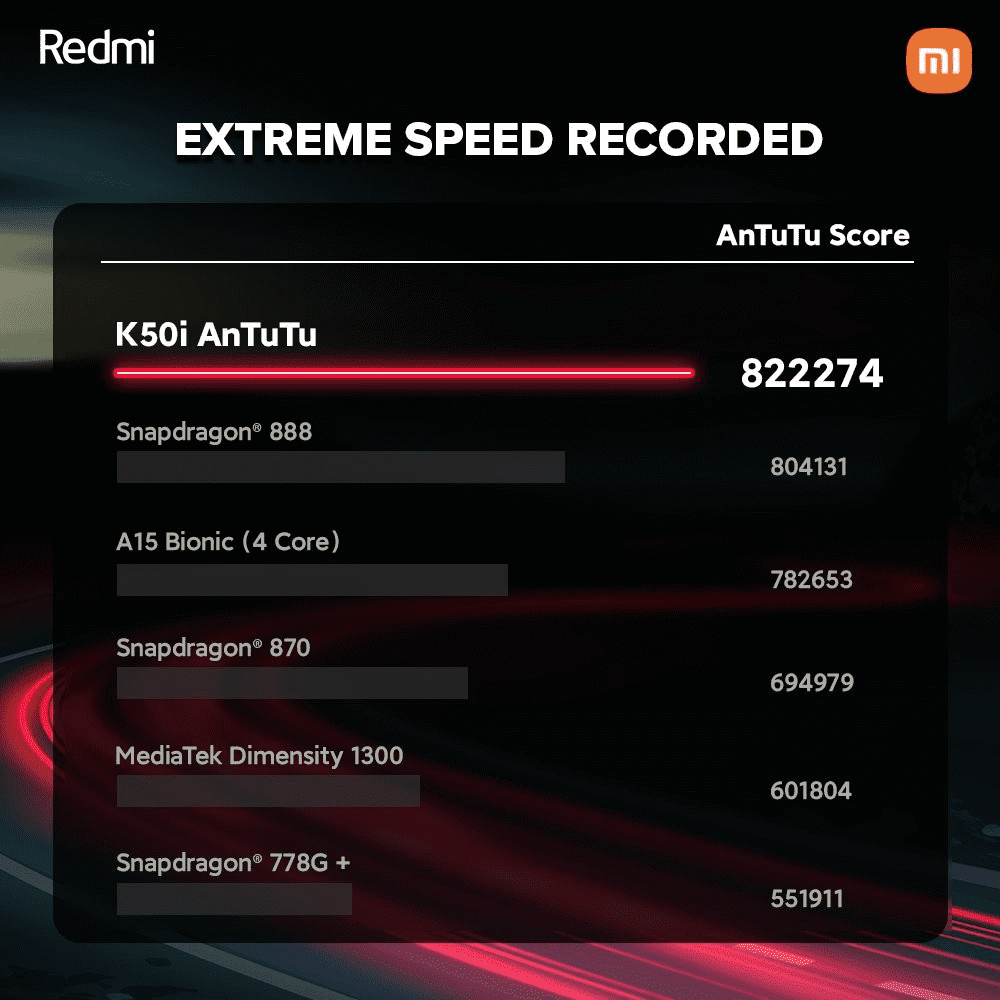