Today, a blogger exposed a real photo of the suspected Xiaomi Mi 12. It’s too early to talk about this handset. It’s the right time to get rumors and various leaks about it.

As shown in the picture, the rear camera of the machine is in matrix shape and supports 5X optical zoom. On the front, the phone will sport an under-screen camera. Whereas on the back, the main camera will have a 192MP resolution.

In response, Wang Hua, the Public Relations Department of Xiaomi Group, refuted the rumors, saying, “I will eat it if this is the case.”

According to the traditional practice of Xiaomi’s Mi series, it will be the first batch to debut Qualcomm’s new generation of Snapdragon 8 series flagship processors. 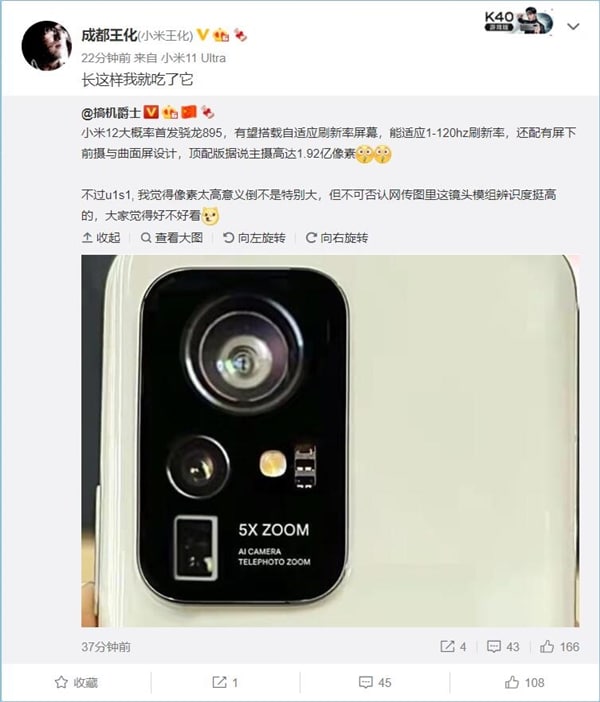 If the Xiaomi Mi 12 debuts the Snapdragon 895, then it will only get the starting rights when it debuts in December.

Though there is a possibility that other brands may outrun Xiaomi. But we guess it won’t happen this year.