Xiaomi Mini Host has a SSD with a reading speed of up to 3,900 MB/s

A few days ago, we introduced a new Xiaomi PC product called the Xiaomi Mini Host. It’s a collaboratively-made mini PC, which not only inherits some Intel NUC design elements but also was designed jointly with the Intel team. At the same time, this product sports the Intel Core i5-1240P processor, 16GB memory, and 512GB SSD.

What SSD does the Xiaomi Mini Host use?

Today, we learned that the top-end version of the Xiaomi Mini Host uses a PC300 512GB SSD produced by a local manufacturer. You might think there is nothing interesting in this news. But the thing is that the manufacturer of this SSD launched a new generation of commercial solid-state drives in June this year. We are talking about the PC300 series PCIe 4.0 NVMe M.2 solid-state drives that are suitable for notebooks, ultra-thin notebooks, 2-in-1 computers, desktop computers, IoT / embedded terminals such as servers. 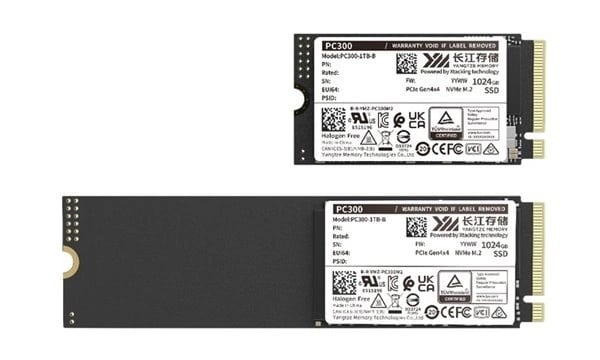 We also know that the Xiaomi Mini Host is about 0.44L in size. It adopts an integrated CNC aluminum alloy body and carries various interfaces, such as two Thunderbolt 4 and two HDMI ports. Under the hood, as said, there is the 12th generation Intel Core processor i5-1240P. The latter comes with 12 cores and 16 threads, and the highest turbo frequency is 4.4GHz, while it supports 40W performance release. The rest of the features include Wi-Fi 6 and Bluetooth 5.3 support, 16GB dual-channel DDR4 memory, 512GB PCIe 4.0 SSD. 100W wall-plug power supply, and it runs the Windows 11 operating system.