Usually, when a flagship smartphone is launched, other products introduced at the same event are ignored. But what happened at today’s iQOO event was the opposite. Besides launching the iQOO 11 line models, the company also uncovered a mid-range smartphone in the face of the iQOO Neo7 SE. The latter got attention no less than the iQOO 1.

The iQOO Neo7 SE is already available for purchase. It has several storage variants, such as: 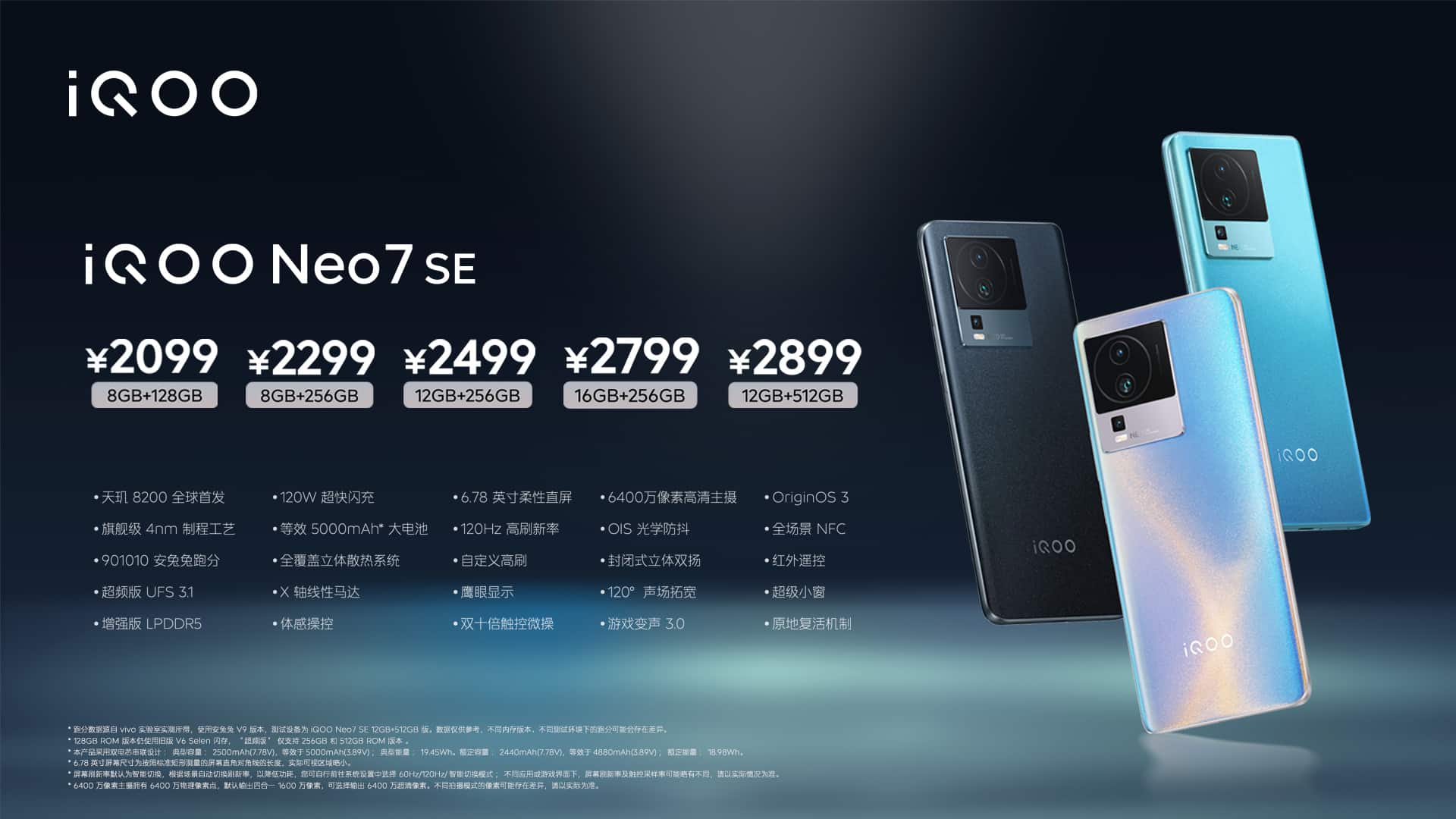 The world’s first phone with Dimensity 8200

The biggest selling point of the iQOO Neo7 SE is the world premiere of the Dimensity 8200. The latter uses TSMC’s 4nm process technology and has a 1+3+4 architecture design. The performance core is the Cortex A78 (x4), of which the highest frequency is 3.1GHz; plus, there are 4 energy efficiency cores (A55) at the main frequency of 2.0GHz. Compared with the Dimensity 8100, the Dimensity 8200 has been upgraded in technology, and the CPU frequency has been increased. At the same time, it integrates Mali-G610 GPU and APU 580. They increase the chip’s energy efficiency by 8% and 13%, respectively. The Dimensity 8200 supports FHD+ resolution displays up to 180Hz, and WQHD displays up to 120Hz. In AnTuTu, the chip’s benchmark score exceeded 900,000 points. 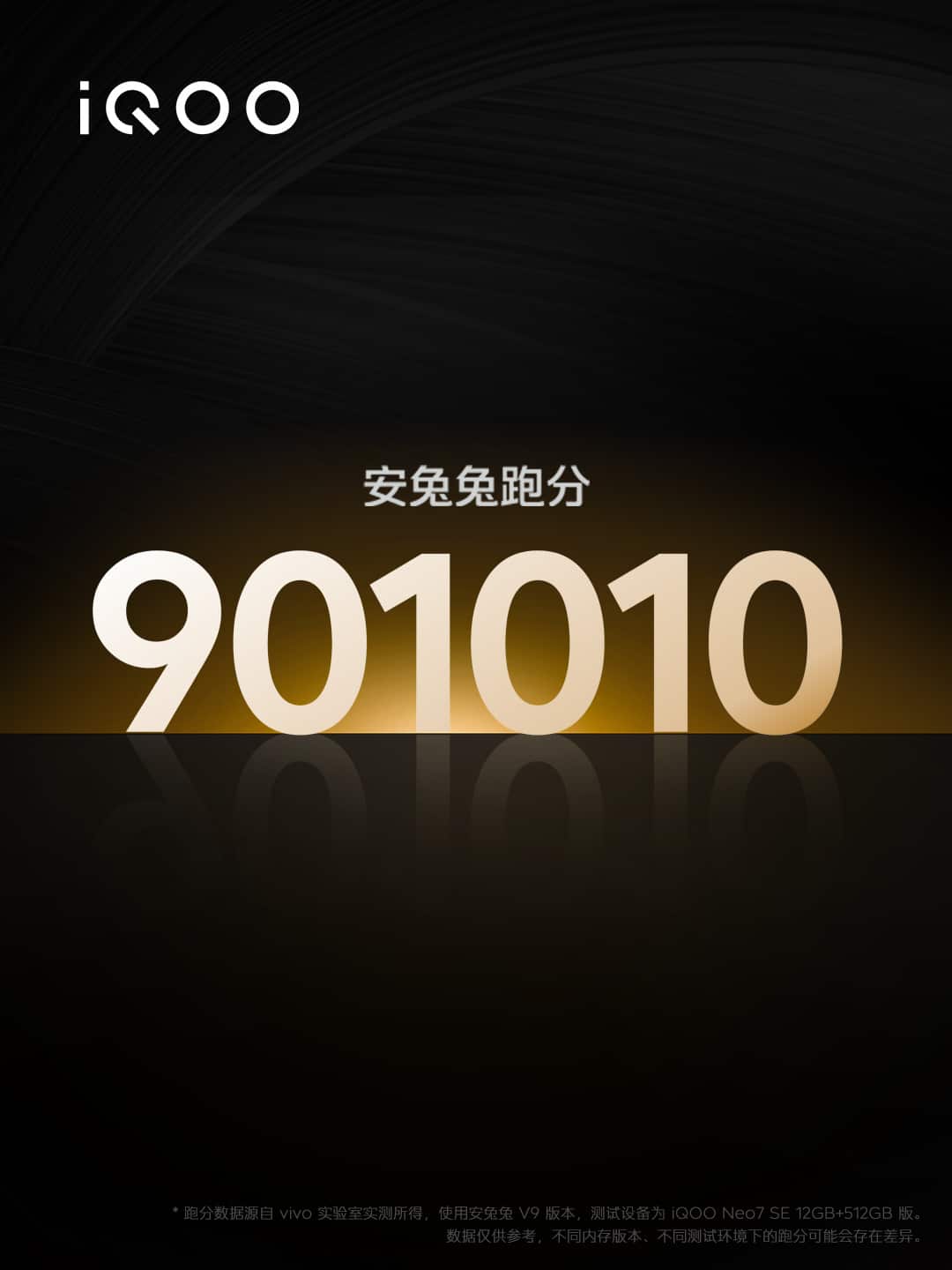 The Dimensity 8200 supports the Dimensity open architecture. It can cooperate deeply with terminal manufacturers to bring a more personalized and differentiated user experience.

MediaTek stated that devices using the new Dimensity 8200 SoC would enter the global market starting this month. Apart from this model, Xiaomi has officially announced the new model of the Redmi K60 series, the Redmi K60E will come with this chip as well. 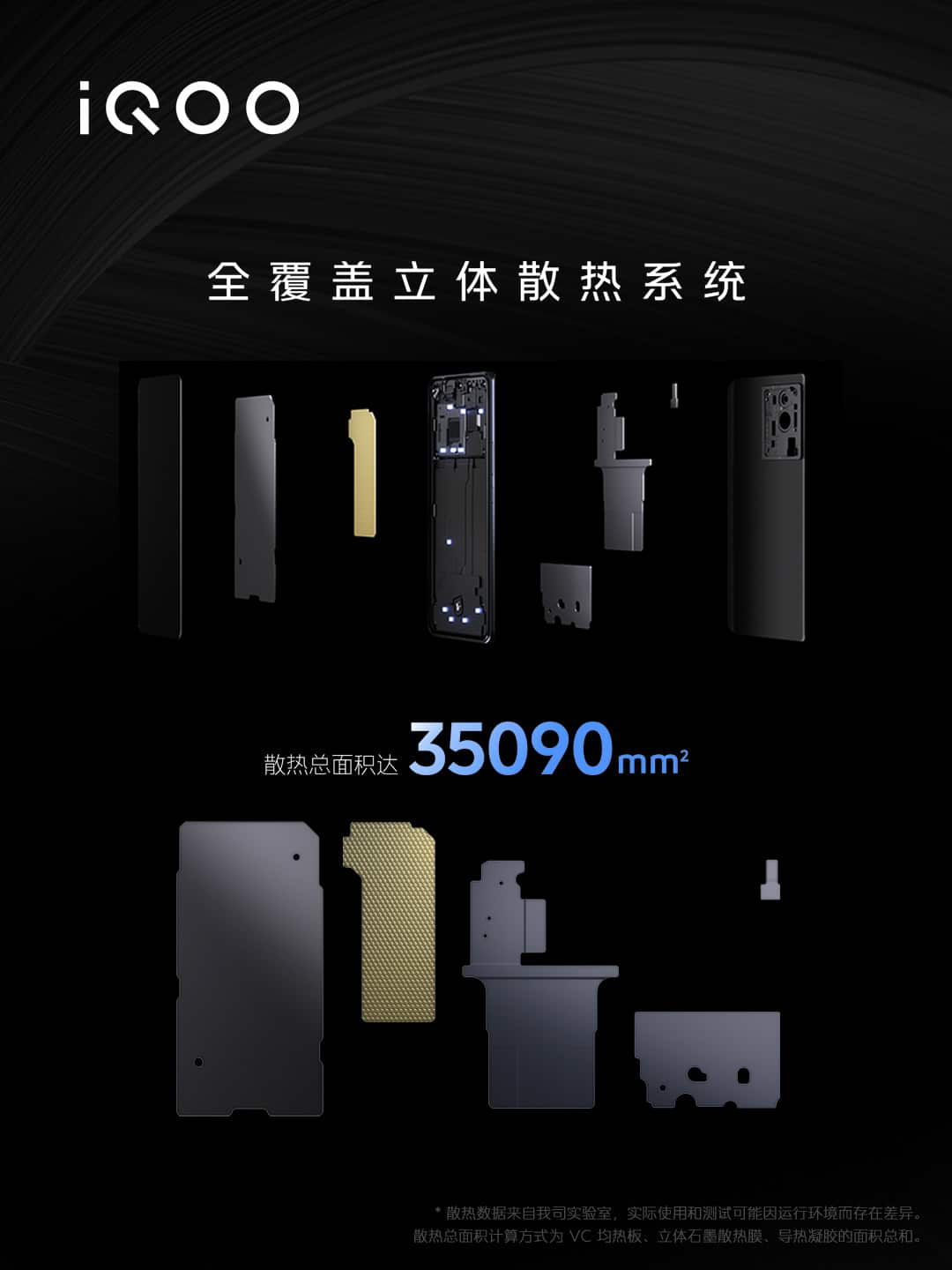 The second selling point of this device is the 120W ultra-fast flash charging and a 5000mAh dual-cell battery.  The latter can only charge from 1% to 60% in 10 minutes.

Also, this phone is ideal for gaming. It is equipped with dual 10-fold touch micro-manipulation to improve the chirality; somatosensory control for racing games; there are also closed stereo dual speakers + 120° sound field widening algorithm, bringing a surging listening experience.

As for photography, the iQOO Neo7 SE adopts a 64-megapixel high-definition primary camera with clear texture and details. Also, it supports OIS (optical image stabilization) and can avoid hand-shake blur even in low-light environments. A variety of flagship image algorithms can easily cope with complex dark-light environments, making low-light shooting easy. The front-facing camera has a 16MP resolution.