Nokia T21 appeared on retailer’s site ahead of launch

In September this year, HMD showed the Nokia T21 tablet. However, we didn’t learn when this product would go on sale at that time. Now retailer multitronic has put the model on the shelves ahead of schedule, indicating that the new Nokia tablet may go on sale in mid-December.

Prior to this, we learned that the Nokia T21 would come with the UNISOC T612 chip. The tablet would have a 10.4-inch 2000 x 1200 resolution (15:9) LCD screen on the front. It is going to support an active stylus (Wacom WGP and Wacom Active ES 2.0). Plus, you can use this tablet as a secondary display for Windows PCs.

As for the chip, the UNISOC T612 is a new octa-core LTE mobile platform. The latter adopts the DynamIQ new-generation A75 large core and 6 Cortex-A55 small cores design clocked at 1800MHz. The manufacturer released it on January 1, 2022. 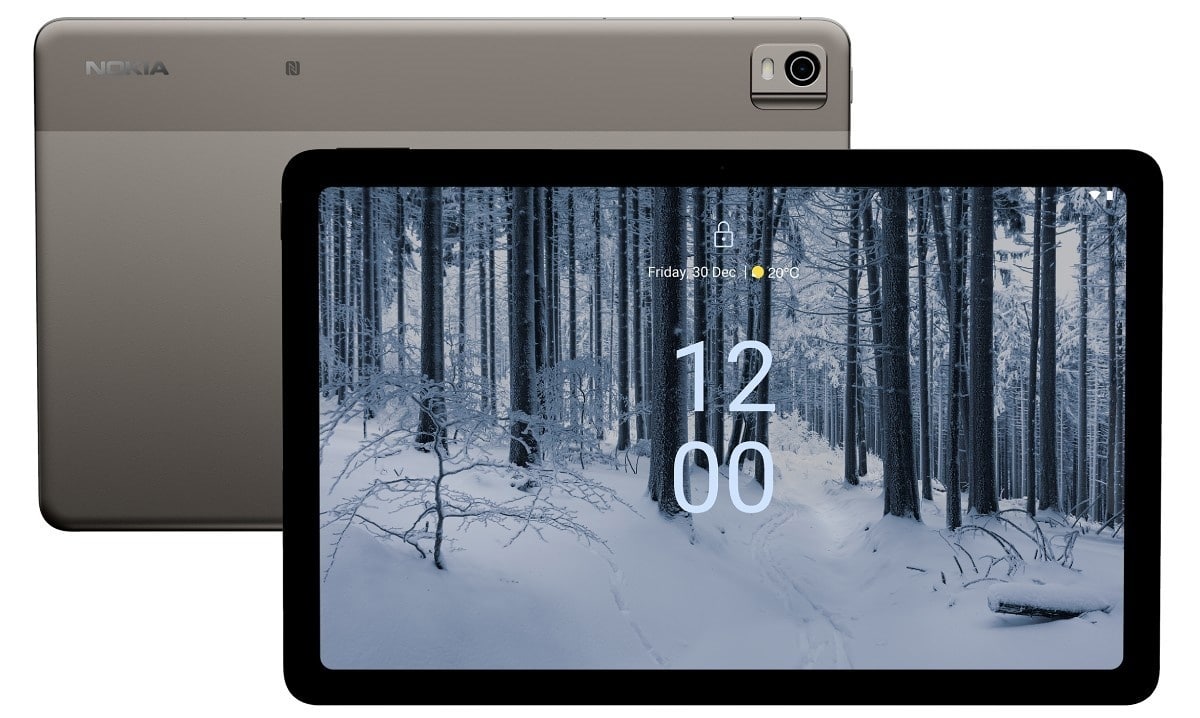 The tablet supports dual card dual standby and 4G LTE network, runs the Android 12 system, and has 4GB of memory and 64GB or 128GB of storage space, which can be expanded to 512GB using a microSD card. HMD promises two years of OS updates and three years of monthly security patches for the tablet.

The Nokia T21 uses an 8MP front camera and a rear 8MP camera. The body is made of aluminum alloy, which supports IP52 waterproof and dustproof.

The Nokia T21 Tablet PC comes in Charcoal Gray and is available in 4/64 GB and 4/128 GB storage configurations with Wi-Fi and 4G/LTE options, with a global average, suggested price of €239 and €273.