Canalys is among those market research companies that provide trustworthy and accurate information, forecasts, and stats for various niches. That’s why, every time this company releases a new report, we hurry to take a look at it. Today, it released the latest data for the Indian smartphone market. In the third quarter, the market showed a significant downward trend. It was down by about 6% compared to last year. As for simple numbers, the OEMs sold 44.6 million units in the country.

Also read: Xiaomi Is The Number One Smartphone Vendor In June

What’s more interesting, Xiaomi has monopolized one-fifth of the market. Thus, Xiaomi will not give way to other brands and will remain India’s number-one smartphone maker for many consecutive quarters. 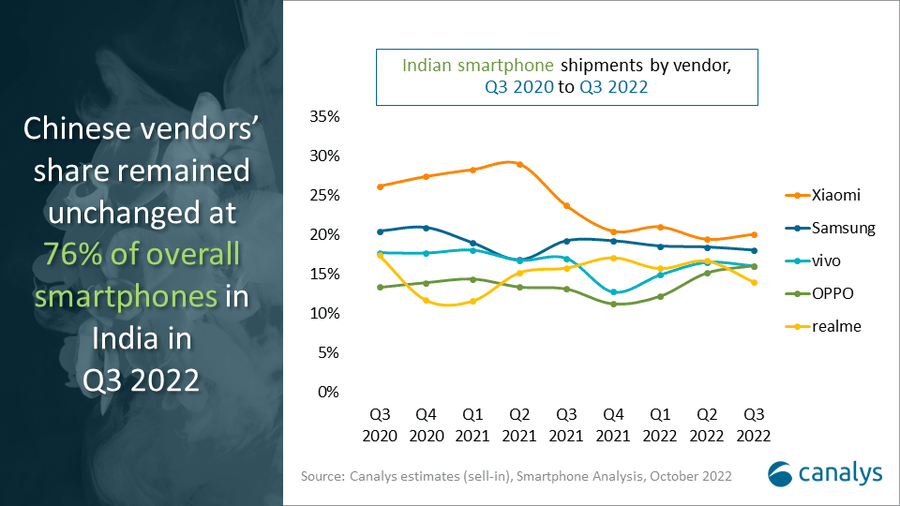 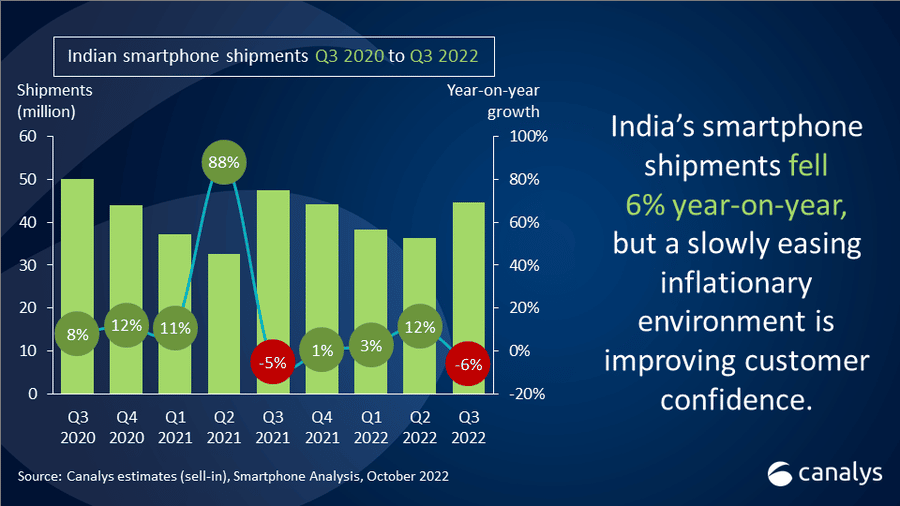 Previously, Canalys released the global smartphone report for the third quarter of 2022, showing that Xiaomi also achieved very gratifying results in the global market. It was lying behind only the two giants, Apple and Samsung. The company ranked third with 14%. 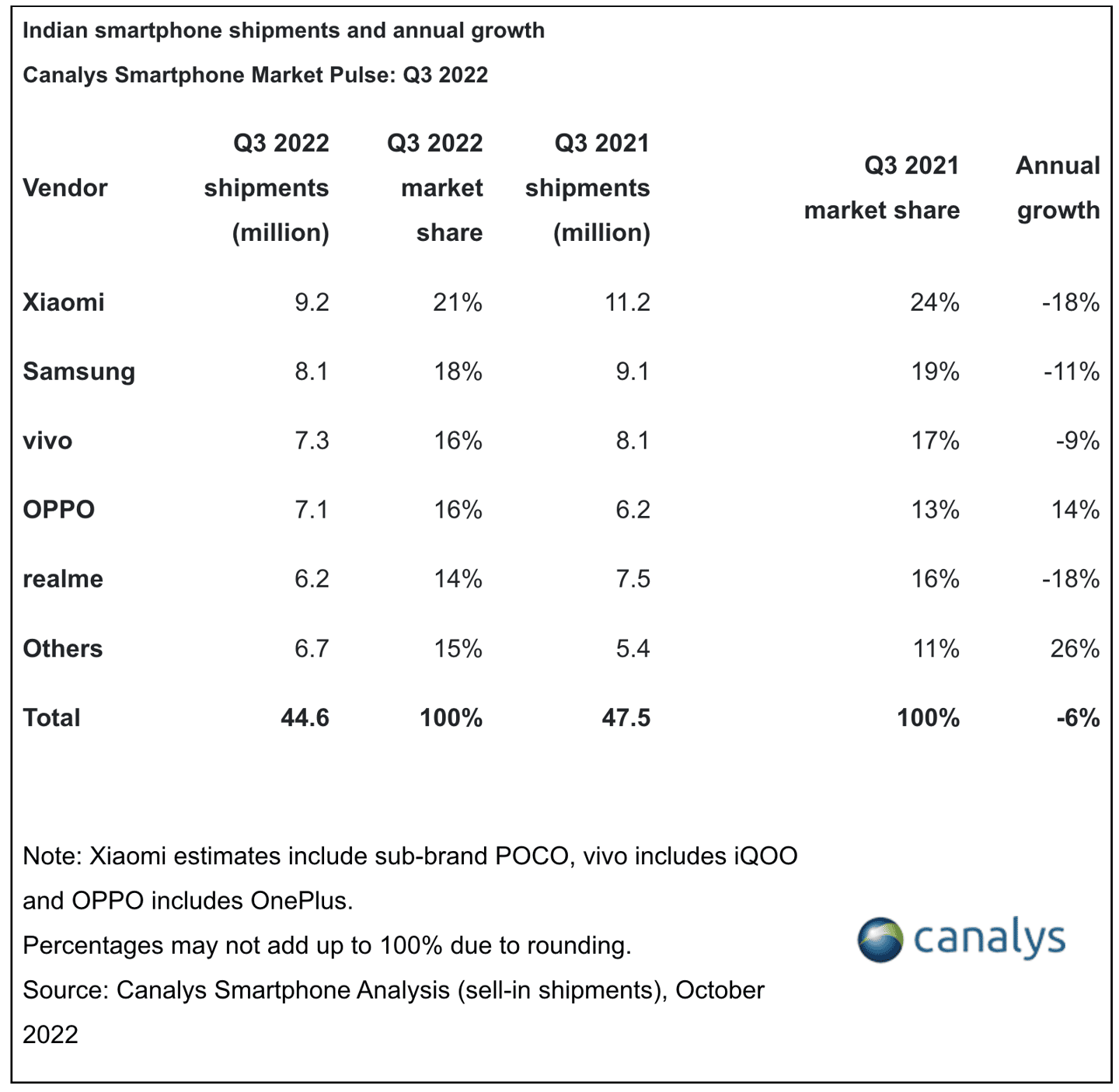