Once Huawei was kicked off from the smartphone field, the company decided to put more emphasis on other niches. For instance, it began making many smart home appliances. The range is not large, but what it makes has already ushered in several generations. For instance, in April this year, the company launched a premium smart door lock. Unfortunately, it was available only in black. Today, the company uncovered the golden version of the Huawei Smart Door Lock / Pro series to fix this shortcoming. The standard version of the model costs 2799 yuan ($387). Thus, it’s 300 yuan more than the black variant.

However, there are no changes but the color. Thus, the Pro model still supports AI 3D face recognition. Its unlocking speed is as low as 2 seconds. The series supports nine unlocking methods, such as smartphones, watches, NFC cards, etc. 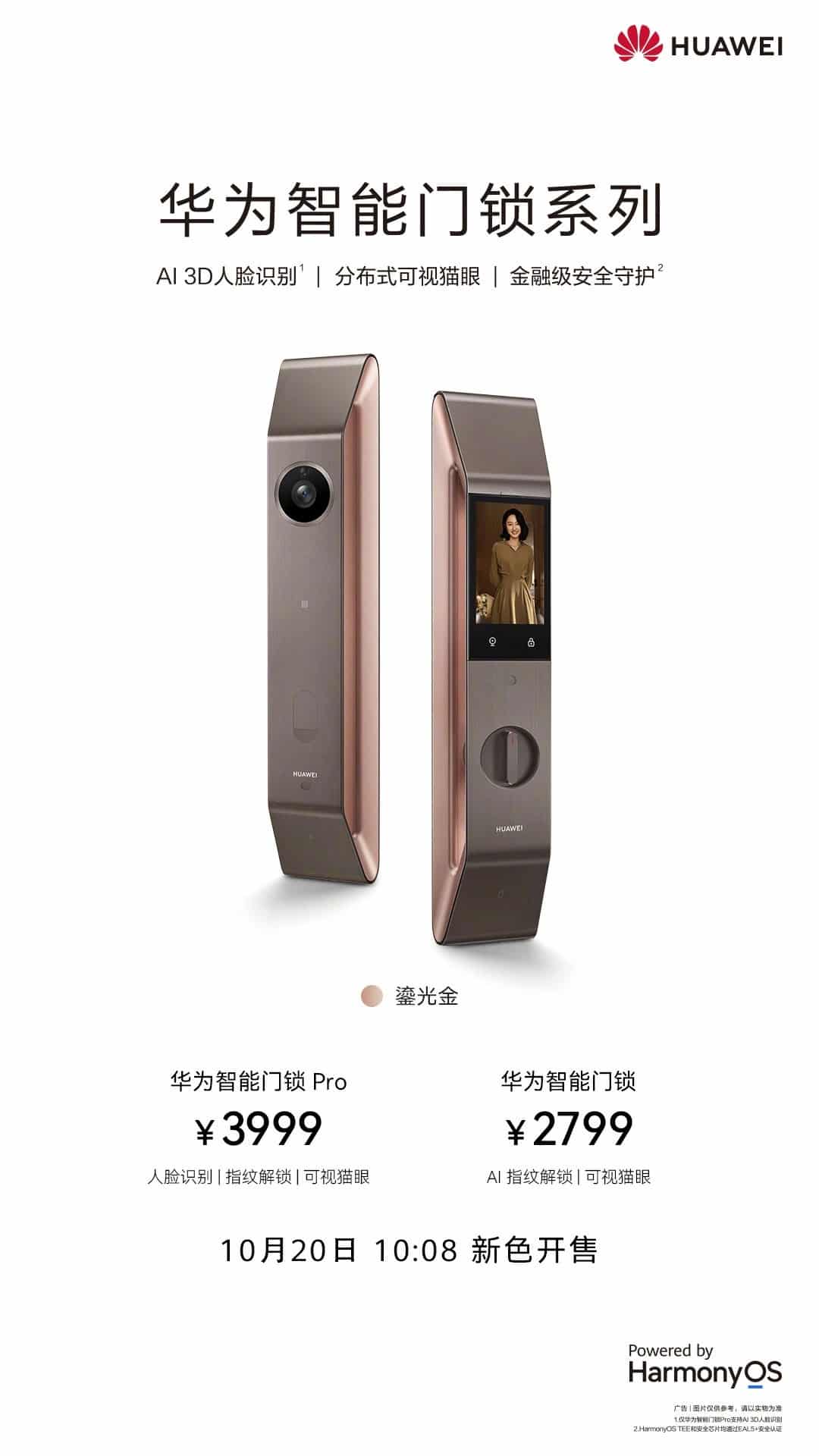 In terms of hardware, the Huawei Smart Door Lock series adopts a homologous AI dynamic learning algorithm inherited from flagship smartphones. It has a 3D deep-sensing camera and 1 TOP AI computing power. There is also a 3.97-inch color screen. The latter supports smart screen picture-in-picture, smartphone remote intercom, and other functions. The 1080P high-definition sensor has a 150° super wide-angle field of view. Also, it supports low-light full-color performance. In other words, wherever the visitor stands in front of the door, you will see him/her. There is also an 8800mAh lithium battery. But once it discharges, you can switch to 4 AA batteries for basic functions.

Regarding functions, Huawei’s smart door lock series supports a new generation of fully automatic lock bodies. It can open the door in one step and automatically lock it when it is closed.