Only a few people know that Xiaomi is a leader in the smart TV markets of China and India. Thus, this company sells the most TVs in the world’s two largest markets. This still doesn’t make it the world’s biggest TV maker. But the results it reached in less than ten years make us revere the brand. Now that Xiaomi has two independent brands, it’s more interesting to follow what’s happening in the field. For instance, recently, it released the Redmi Smart TV A70 with a pre-sale price of 2,999 yuan ($417). The TV will commence shipping on October 31. 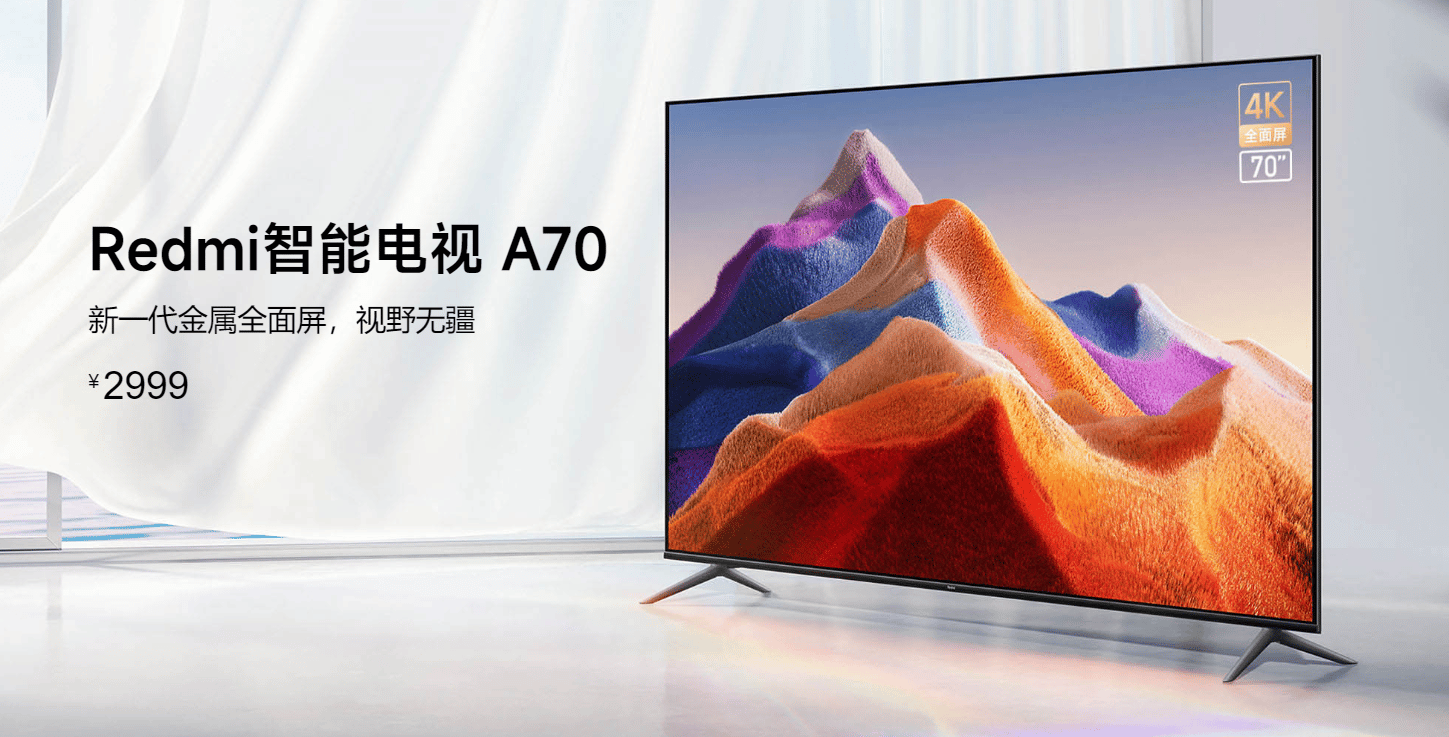 As for the internals, the smart TV has a quad-core A35 processor under the hood. It is paired with 1.5GB of memory and 8GB of flash storage. In terms of connectivity, the TV supports 2.4GHz Wi-Fi and infrared. Regarding the ports, this TV has two USB ports, 2 HDMI ports, an antenna, S/PDIF, AV Input, and a network port.

There are 2 10W high-power speakers, it adopts a dual air duct design, and the TV provides richer bass and higher treble fuller.

The company proves that this TV has passed 300+ machine tests, an upright drop of the whole machine, 12,000+ interface plug-in/out tests, and -25°C-60°C simulated indoor and outdoor temperature difference tests.