Redmi A1+ will be launched in India on October 14

Xiaomi has started promoting the next-gen low-end smartphone, which will hit the Indian market soon. The company released the Redmi A1 in India last month. There is official news concerning the follow-up model dubbed the Redmi A1+.

As the company stated, the new A1 Plus will be announced at a conference on October 14. By the way, this is the same handset released in Kenya recently. Our protagonist received FCC certification in August, appearing in the IMEI database the same month. MySmartPrice suggests that the Indian version of the Redmi A1 Plus phone may have the same specs as the Kenyan version. 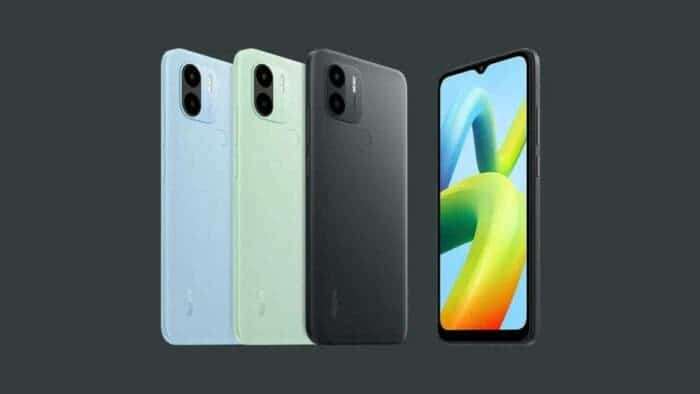 However, the price of Redmi A1 Plus in India may be lower than 10,000 Indian rupees (about $121). As a reference, the vanilla version of the A1 is priced at 6499 Indian rupees (about $79). The most obvious difference between the Redmi A1 and Plus is the rear-mounted fingerprint scanner on the Plus model. So are the Indian buyers going to pay the difference for this feature?

We guess most of you are unaware of the biggest highlights of the device. The A1 Plus will have at least two color options, including green and blue. Also, in the invitation letter from Redmi India, we can see the waterdrop screen on the A1+. There will be two rear cameras and an LED flash on the back. Those sensors will have 8-megapixel and 2-megapixel resolutions. At the same time, the front camera will have a 5-megapixel resolution.

The A1 Plus may feature a 6.52-inch LCD screen with HD+ resolution. Additionally, the screen will offer a 60Hz refresh rate and a 20:9 aspect ratio. Inside, we will find the MediaTek Helio A22 chip.

The A1 Plus is expected to come with 3GB of RAM and 32GB / 64GB of storage. We also think this device will run the Android 12 Go version out of the box. Lastly, the 5000mAh battery should support 10W charging.