Remi’s A-line models are considered low-end handsets for a penny. Recently, the company launched the A1 in India. Today, we learned that the company would launch a new handset in the series in the face of the A1+. The latter has managed to appear on various sites and platforms. So we can share a lot of info concerning its basic features.

From the Appuals report, we can learn about the selling points of this device. As the name suggests, the Redmi A1+ will be the slightly improved version of the original one. Thus, it’s not surprising to see many things in common with its sibling. For instance, the A1+ comes with a fingerprint sensor on the back, a feature that we didn’t see on the A1. Also, the renders reveal that our protagonist will sport a dual rear camera module aligned in a squire camera frame. On the opposite side, we will find a waterdrop display. Also, the renders show that the Redmi A1+ will come in three color options—black, light blue, and light green.

Inside, this phone will host the MediaTek Helio A22 processor. This is a low-end chip with 2GB LPDDR4X RAM and 32GB of native storage. Its 5000mAh battery will support 10W charging. Fortunately, this smartphone will run Android 12 OS. 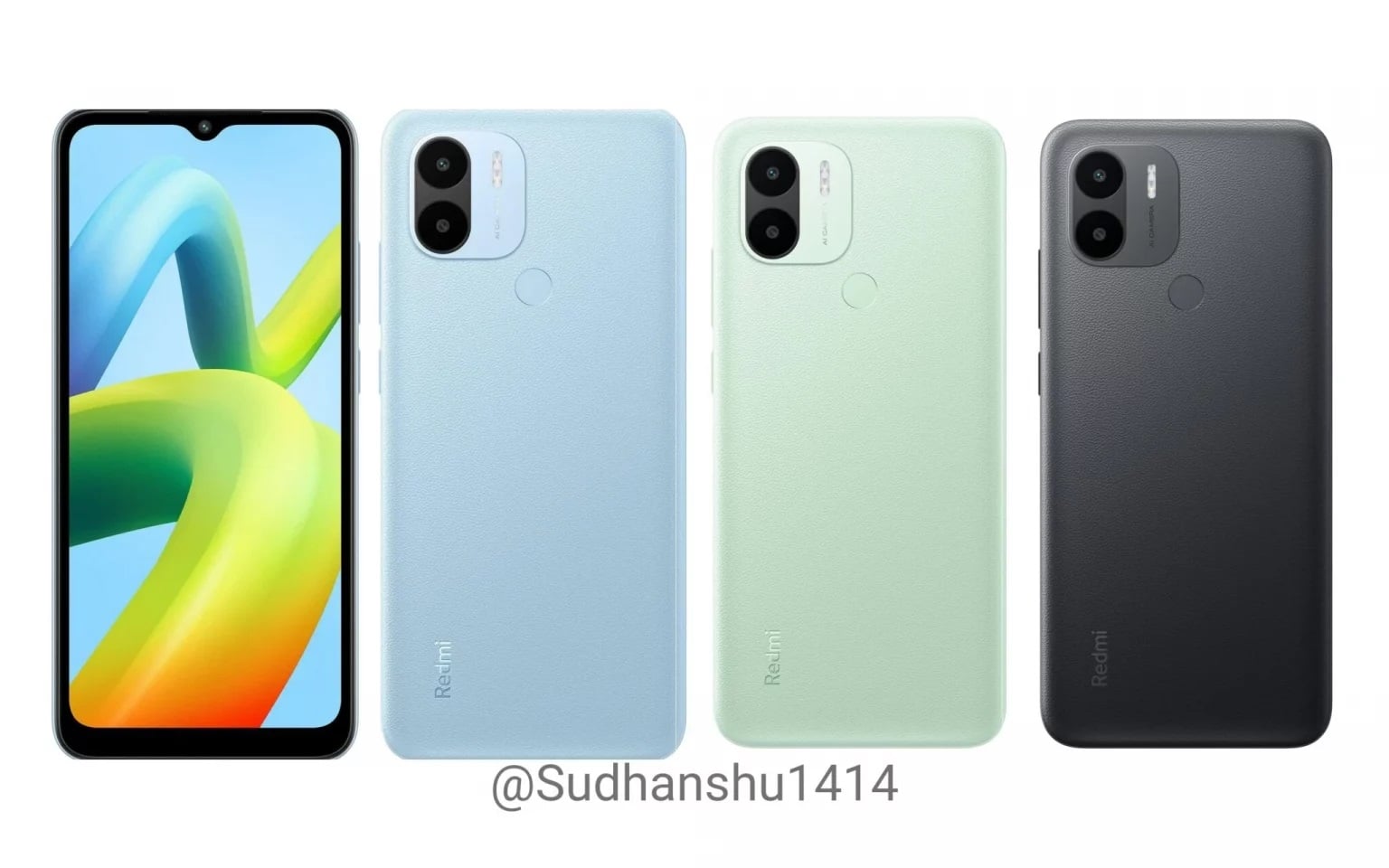 Let’s get acquainted with photography features. The device will come with two 8MP sensors on the rear. At the same time, in the waterdrop notch, it will house a 5-megapixel lens for selfies and video calls.

The Redmi A1+ will sport a speaker next to the USB port. Lastly, in terms of connectivity, it will come with a 3.5mm jack, two nano SIM cards slot, a microSD card, VoWiFi, 2.4 GHz Wi-Fi, and Bluetooth 5.0.