Small-sized drones usually do not come with many good features. Their weight, small battery, and small size doesn’t allow the manufacturers to put much functional hardware on it. Due to the mentioned parameters, they even are not good in terms of flight. However, as you understand, there are exceptions. We will review one of them, the JJRC H106.

This pocket-friendly drone is quite good in terms of flight as well as in terms of camera. For instance, it comes with two camera sensors, of which the primary lens can shoot 4K videos. However, its selling point is the ability to avoid obstacles. So, you can use it in various environments.

Apart from this, the JJRC H106 drone has other functions that aim at better flight performance, altitude holding in the air, tracking, headless mode, and return home key.

The JJRC H106 is a compact quadcopter with dimensions of 29 x 19 x 7.5cm. For many professional pilots, it will seem to be a toy drone. However, it’s not. Moreover, you can fold the drone’s arms that hold the propellers. Once done, it will become even more compact and allow you to take it anywhere. We mean it won’t occupy much space. Therefore, it will be suitable to put it into any box and transport it. 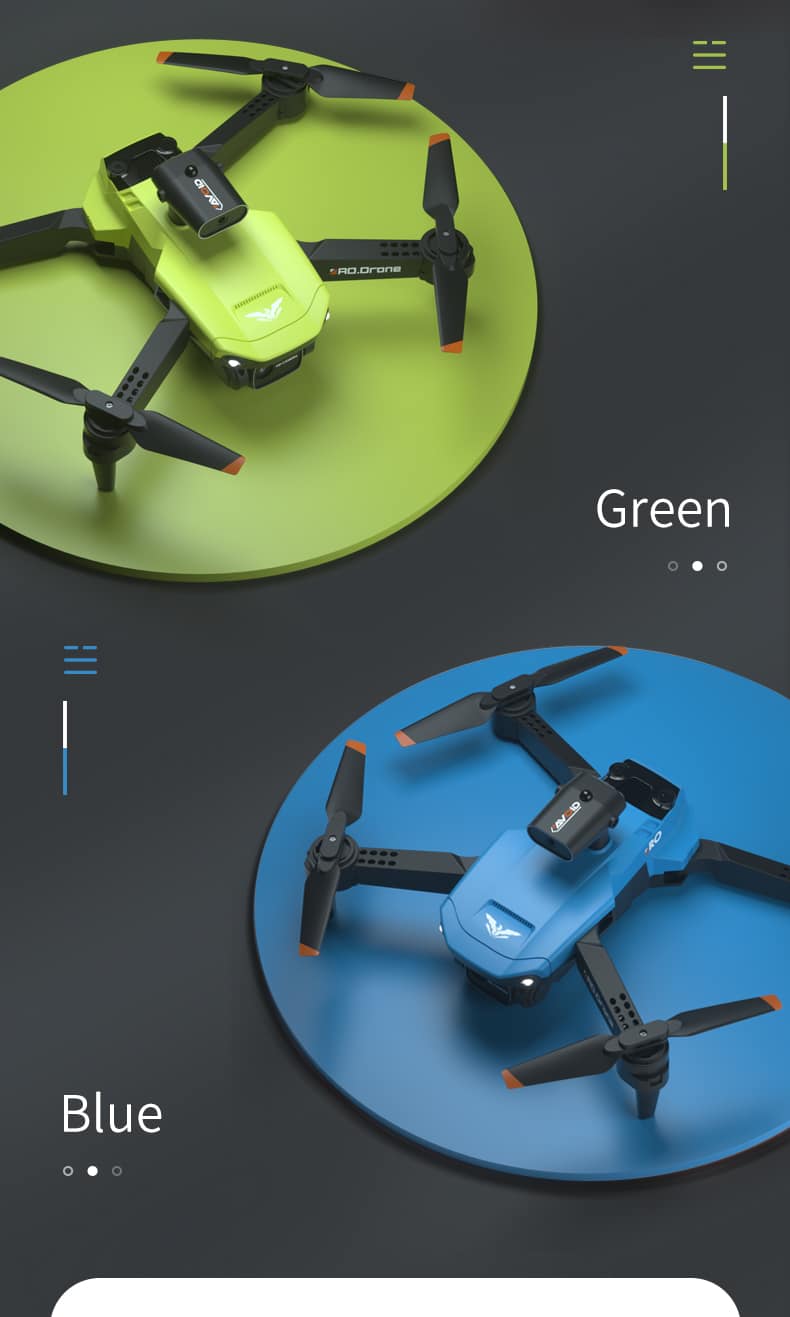 There is an infrared sensor placed in the upper part of the fuselage. Many think it’s the camera. But it’s not. That’s not difficult to guess that the infrared sensor is included in the obstacle avoidance system and has a substantial role in the latter.

Moreover, our protagonist comes with a removable battery placed on the back. So if you own more than one battery, you can quickly replace them for an extended use time. 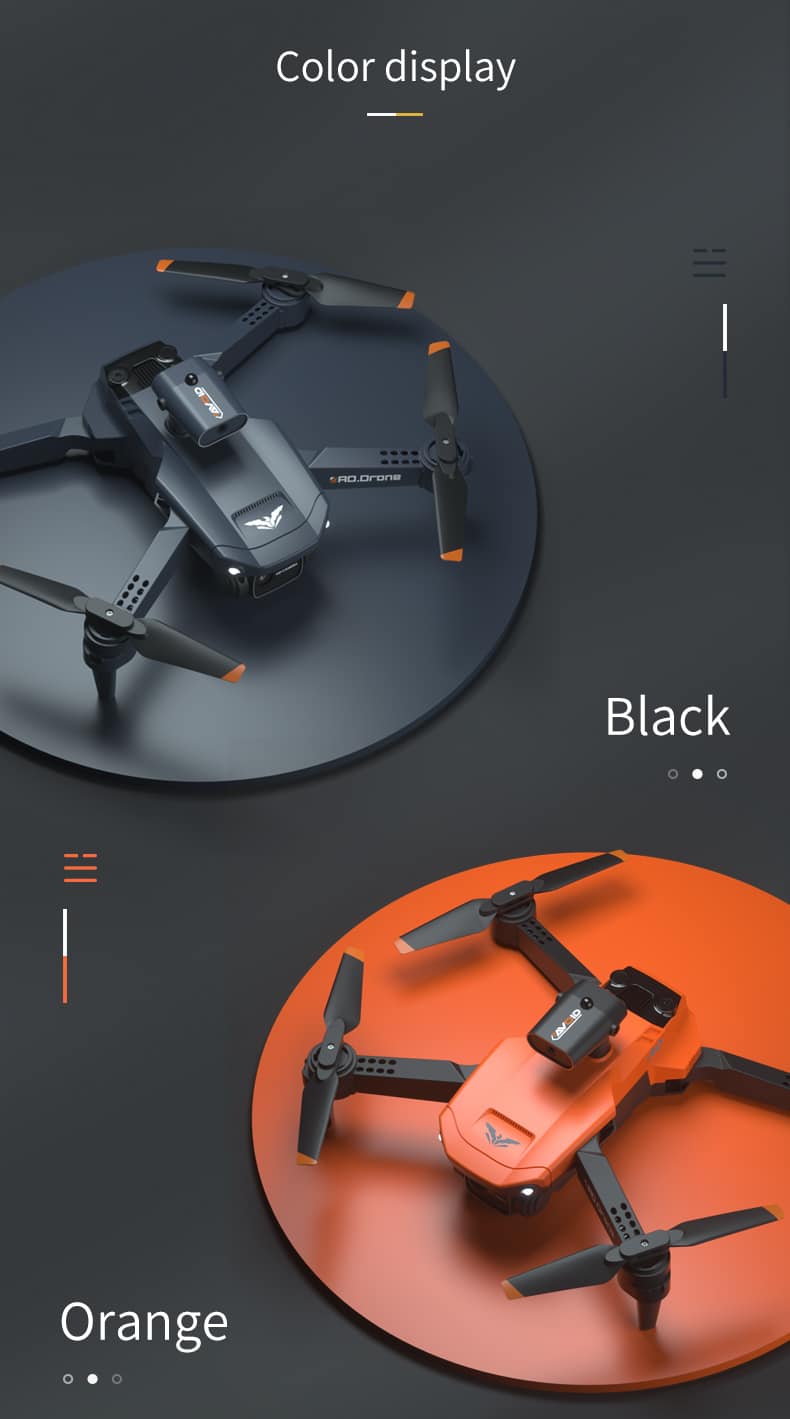 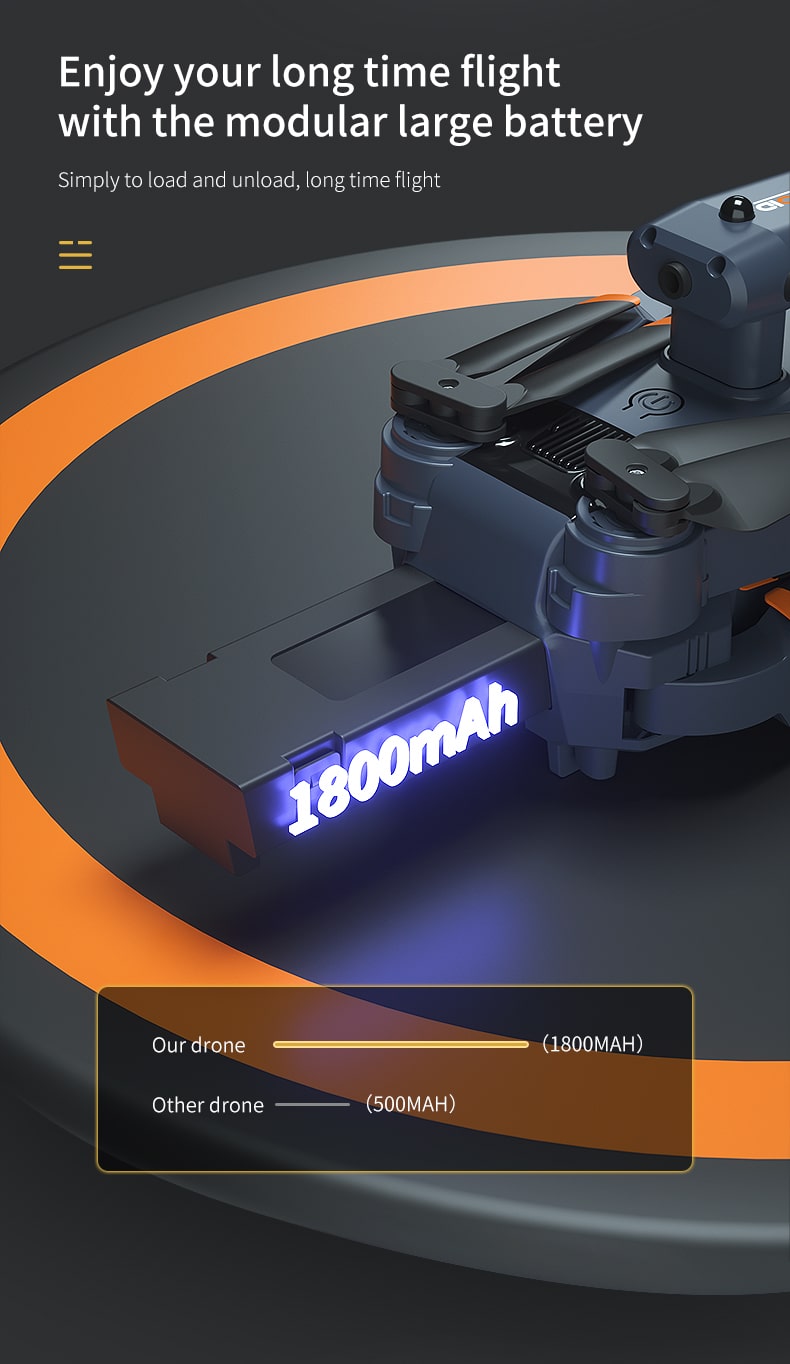 We do not say that the JJRC H106 is a flagship drone. Of course, not. It doesn’t sport many features of high-end drones, such as long-distance travel or hovering in the air for a long time. But the JJRC H106 supports omnidirectional flight with four climb channels and 360° rotation. There is a 6-axis gyroscope for better stability.

Nevertheless, at least one feature makes the drone stand out among its competitors. As you guess, we are talking about the intelligent obstacle avoidance system. Due to it, the drone will detect objects 360 degrees and avoid them. This feature is especially vital for indoor flights. We already said above that it’s possible due to the infrared sensor on the front of the drone.

The JJRC H106 comes with a few flight modes. Those who use drones should be familiar with them. Among them, we can mention fixed point hover, waypoint flight, point of interest, and auto return. The latter turns on when the battery status is critical. The former mode is advantageous when focusing on a single area; the second mode makes it possible to draw a route to travel on the phone screen. 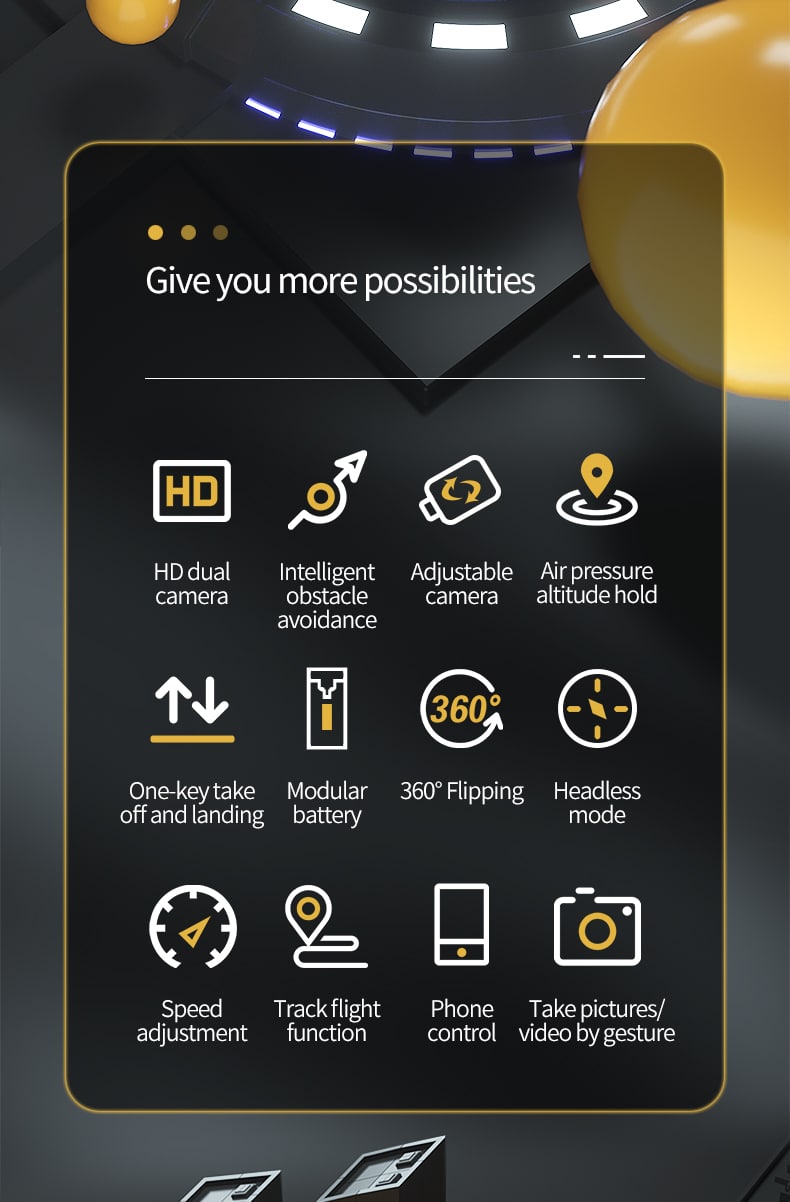 The point of interest flight lets us select a building or location around which the drone will fly clockwise.

Finally, this quadcopter comes with a special headless mode. Well, it’s not exceptional, but you wouldn’t find it in many drones. This feature allows the drone to respond to controls based on where the user is facing. 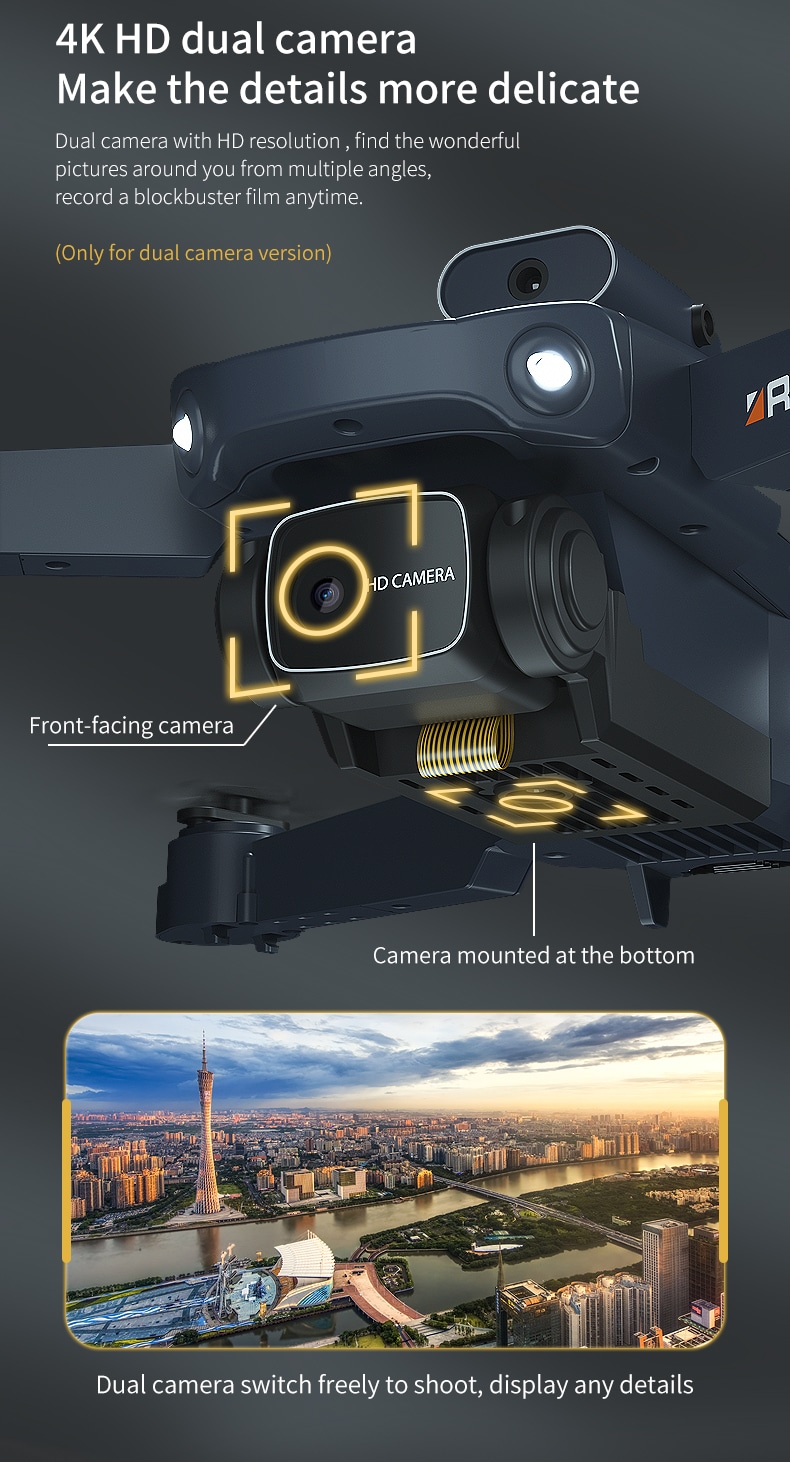 The drone offers two versions. One has a single camera, while the more advanced variant sports two cameras. But the price difference is not significant between these two. So we guess most customers will prefer the first one. However, we do not rule out the possibility that there could be cases when you need only a single-camera variant.

The primary camera of the JJRC H106 is a wide-angle lens, which can record 4K UHD resolution videos. This is unexpected for a drone from this price range. Yes, this is not a high-quality lens. And it can’t be compared to “true” 4K sensors. But it’s still a good option that differentiates this drone from others.

As for the dual-camera variant, the second lens is at the bottom of the drone. So it allows users to alternate between a frontal and a satellite-type point of view.

Lastly, this drone supports the real-time transmission of pictures to smartphones via the app.

Inside, this small-sized drone features a 1,800mAh battery. Usually, it provides around 10 minutes of flight time. But if you choose the option with two additional batteries, the flight time will be extended three times. Of course, there will be pauses between the flights because you must manually change them. 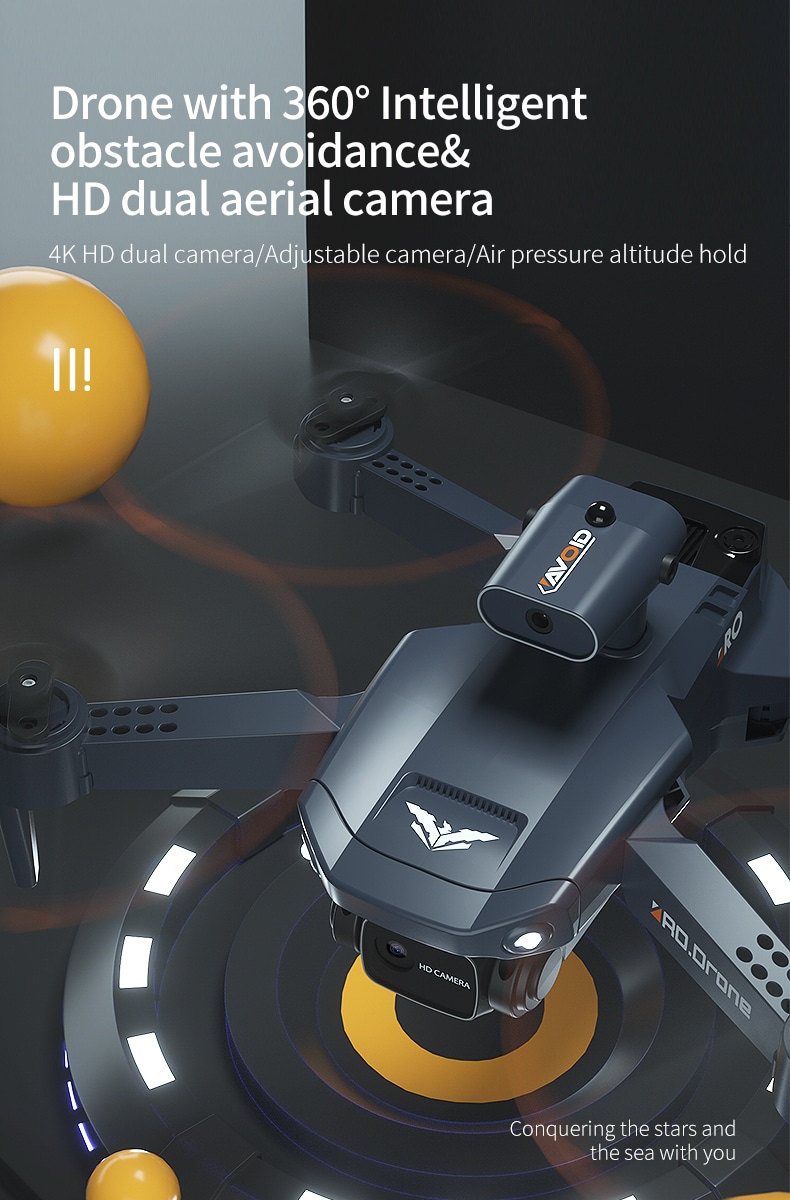 We didn’t like that the charging time was too long – 2-3 hours. However, we shouldn’t wait for something outstanding from a drone in this price range.

This drone has two selling points – a 4K shooting and obstacle avoidance system. But in fact, the former feature is not what we expected. So this is an excellent compact-size drone that boasts intelligent obstacle avoidance. And this is all that you need to know about the JJRC H106.

We find the offer compilation about JJRC H106 compact quadcopter on Gizcoupon; the best price is $x5.99. If the deal has expired, please go to Gizcoupon to view the latest offer for this product.