Xiaomi shipped a quarter fewer smartphones in the Q2 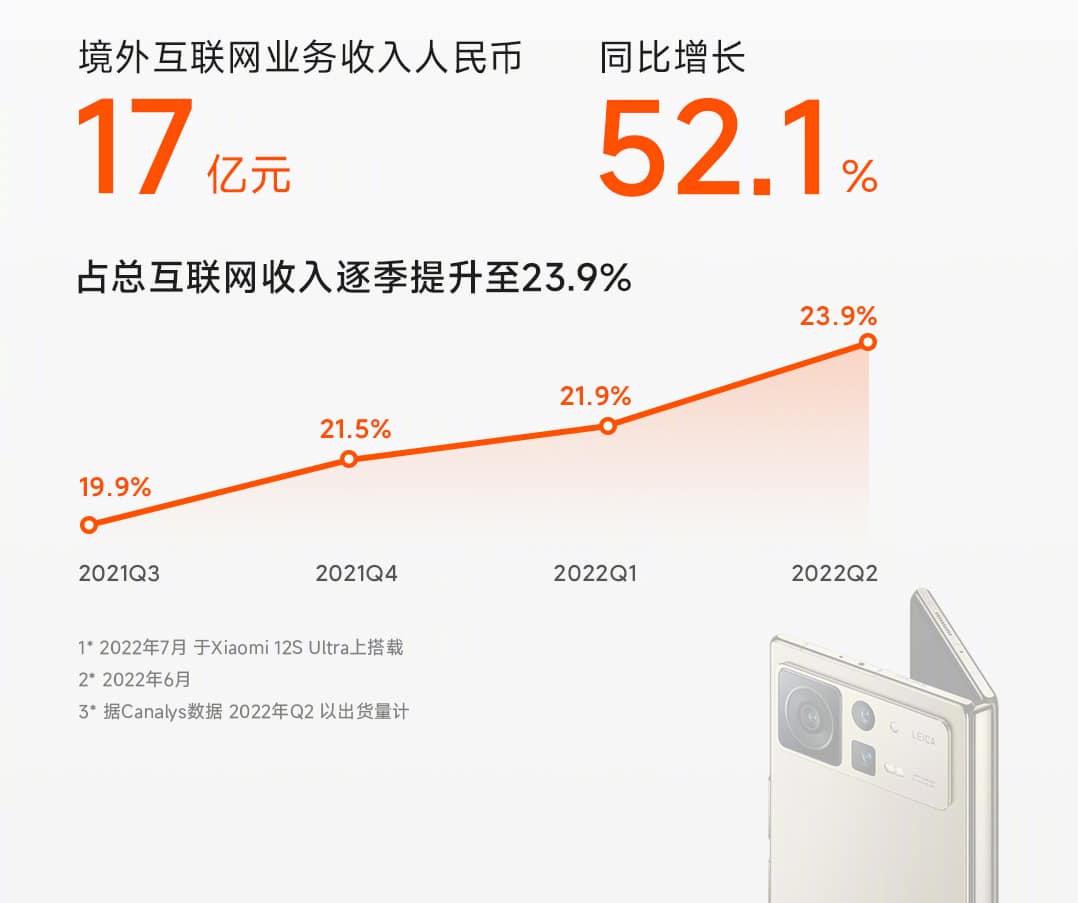 According to Canalys, Xiaomi ranked third in global smartphone shipments this quarter, with a market share of 13.8%, up 1.2 percentage points from the previous quarter.

Xiaomi said that despite the impact of the global macroeconomic environment, it continued to strengthen its global presence. So more people began recognizing it. In the second quarter of 2022, Xiaomi’s overseas market revenue was 34 billion yuan ($4.99 billion), accounting for 48.4% of the total revenue.

Xiaomi’s achievements in other fields

In August 2022, Xiaomi appeared on the Fortune Global 500 list for the fourth consecutive year, ranking 266th, up 72 places from last year.

Also, Xiaomi is paying more and more attention to its smart electric cars business. In the past quarter, the company spent over 611 million yuan ($89.65 million). This includes expenses for hiring a 500-member elite R&D team to work in the field of autonomous driving. 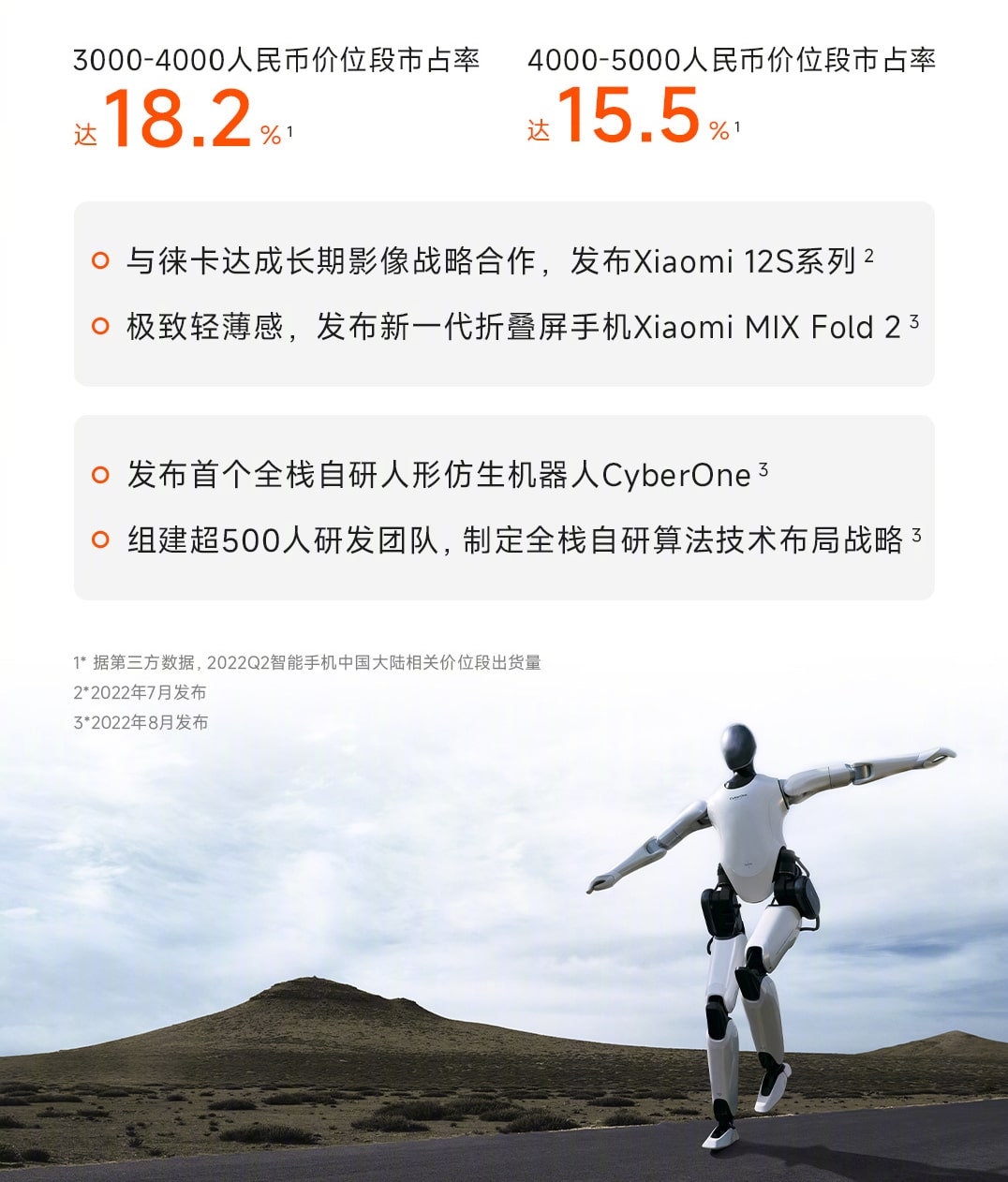 In this regard, the company plans to invest 3.3 billion yuan ($0.48 billion) in the first phase of research and development in the field of autonomous driving and continues to promote technological breakthroughs.