Xiaomi Mi Band 7 review: Too good to be true

Smartbands or so-called fitness trackers are a must for anyone who does sports. Unlike smartwatches, they are more compact, provide almost all the same features, cost less, last longer, and often look more stylish. All the mentioned features make any smartband a true assistant when going to the gym, running, cycling, etc. Plus, they are capable of monitoring people’s health status, making suggestions, and even calling 911 when you need it. Generally, the application scenarios of this category are growing daily. And we have to state that manufacturers work hard to make them even more demanded. Recently, Xiaomi launched the next-gen Mi Band 7 fitness tracker. It comes with a few major improvements in comparison to the previous version. But what’s more interesting, now, this smartband supports up to 120 sports tracking modes. So we decided to test it and understand whether it is as good as looks on paper. 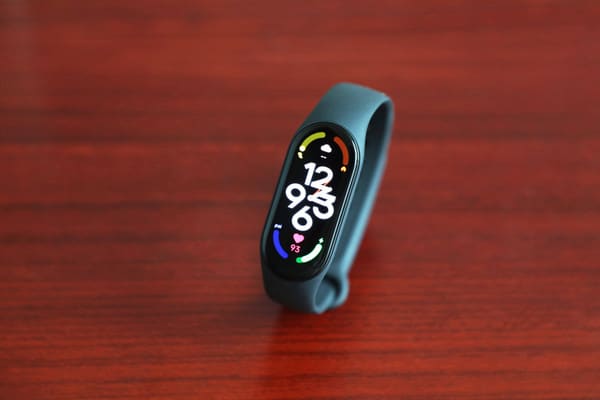 Though the Xiaomi Mi Band 7 retains the same shape as the screen of the previous generation, it’s become larger. It is 1.62 inches in size, which adds 25% of the viewing area. Many might think the larger display will affect the overall look and feel of the bracelet, but it won’t. Other than that, we are dealing with an AMOLED display, which has a pixel density of 326PPI. By the way, this is a retina screen-level product, which displays more pixels, making the picture clearer and more realistic. 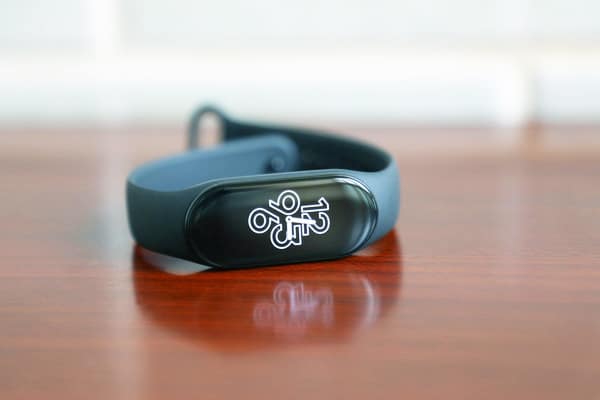 Besides, the manufacturer uses a precise cutting technique, which allows the screen of Xiaomi Mi Band 7 to completely cover the core of the bracelet. This screen has expanded upper and lower viewing areas. Simply put, the field of view on both sides is also larger. It is not bulky.

In general, all these enhancements make the screen bring a way better viewing experience. Starting from the previous generation, Xiaomi hasn’t been using buttons. The full-screen touch mode makes the fitness tracker bring more fluent and easier to operate feeling.

When announcing the bracelet, Xiaomi said that the straps of the Xiaomi Mi Band 7 are made of skin-friendly material. Plus, they have added a silver-based glass carrier antibacterial agent. It boasts of an antibacterial rate of over 99% against Escherichia coli and Staphylococcus aureus. 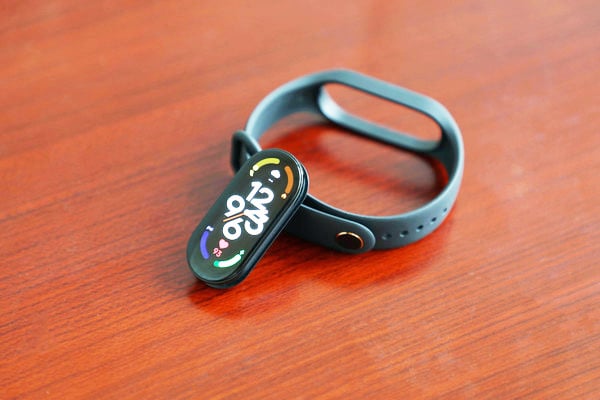 We are talking about a fitness tracker, which assumes that the straps will not get wet when doing hard workouts.

Xiaomi’s bracelets have always used a detachable design. The Xiaomi Mi Band 7 is no exception. This not only helps it charge in a more convenient way but also allows third-party manufacturers to design and sell various straps made of different materials and of different colors. Though Xiaomi offers many color variants, there are still many options you can buy from other sellers. Anyway, Xiaomi has decided to differ a bit and offered camouflage and fluorescent new materials.

As it comes with a larger screen, the system has had to get some changes as well. In fact, Xiaomi optimized and upgraded the UI and each icon has been redrawn. In the previous generation, only two icons could be displayed. Now, they are three. 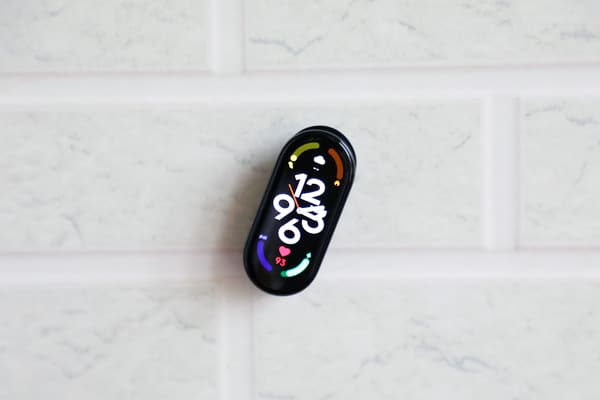 Another feature we’d like to talk about is the rich dials gallery. There are tons of new watch faces that not only display various information on the home screen but also will match with different straps. Moreover, for some dials, you are able to customize the display content.

Next, the Xiaomi Mi Band 7 supports an Always-On-Display dial. As the name implies, it will show time even in a locked state. 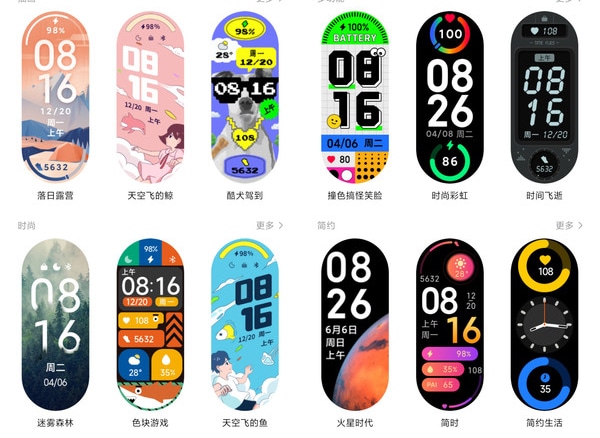 At this time, the company has added four professional sports data. They included “maximum oxygen uptake”, “training load”, “recovery time”, and “aerobic/anaerobic training effect”. As you understand, they track our movement. For instance, it can calculate the VO2max during each exercise by monitoring the heart rate. This will help us better understand the oxygen consumption state we are in during exercise. In other words, we will understand our endurance and exercise ability. Another example is the recovery time will show how our body is recovering after each exercise. This will help us do the next rep once recovered.

With their help, we will be able to make better workout programs. Thus, the Xiaomi Mi Band 7 is a true fitness assistant.

As said above, now, the bracelet offers 120 sports modes. As a reference, the previous model was offering only 30. Now, there are running, cycling, swimming, yoga, dancing, indoor fitness, gymnastics, HIIT, core training, stretching, stepper, pilates, and even added categories such as fighting, ball games, water, ice, and snow sports, etc. It comes with a built-in GPS. So the bracelet tracks your status even when doing sports outdoor.

What we liked is the new feature that allows users to invite friends to join a 7-day competition. Each member of the competition will get scores in the calorie, step count, standing, medium, and high-intensity activity duration. You will also urge each other to compete and win.

Battery life and other noteworthy features

There is a 180mAh battery, which is capable of bringing up to 14 days of autonomy. When using it heavily, the battery will last 7 days. You can use the charger of the previous two generations. Finally, it takes 2 hours to fully charge it.

Our protagonist has a 5ATM waterproof rating. In simple words, the smartband can be immersed in 50m water and operate as if nothing happened.

The Xiaomi Mi Band 7 comes with several notable improvements over its predecessor. Now, it can turn into a true assistant, when doing sports and not only. So we have to say that Xiaomi has truly worked hard and made another piece of art.

Where To Buy The Xiaomi Mi Band 7?

We find the offer compilation about Xiaomi Mi Band 7 on Gizcoupon, the best price is $x9.99. If the deal has expired, please go to Gizcoupon to view the latest offer for this product.