Xiaomi has three smartphone brands. Apart from its own models, there are also the Redmi and POCO brands. But if Xiaomi takes the whole expenses of research and development, Redmi is free of it and that’s why its phones cost less. As for POCO, it is in an even better situation. We mean besides avoiding R&D expenses, it also doesn’t pay a coin for design. This is the main reason why POCO phones are considered to be the cheapest models among the phones with similar configurations. The next POCO phone with the same philosophy is on the road. It will be the rebranded version of the Redmi Note 10S.

A new POCO phone has passed the FCC certification. Judging from the certification information, the upcoming POCO device and the Redmi Note 10S are identical except for some minor differences in software and color.

The Redmi Note 10S (model M2101K7BNY) run MIUI 12 when it was certified by the FCC, and the upcoming POCO phone runs MIUI 13. However, the two models are almost a year apart, which is understandable.

In addition, the new POCO machine also has the same storage versions and will provide 4/64GB and 4/128GB variants. But there is a new blue color version. 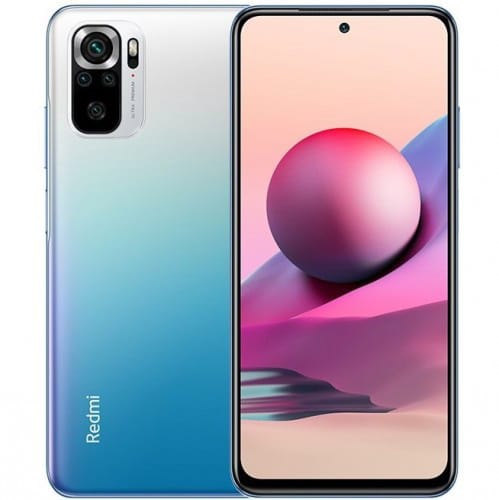 Xiaomi released the Redmi Note 10S in India on May 13 last year. The machine is equipped with the MediaTek Helio G95 chip and starts at 14,999 Indian rupees (about $188).

So the upcoming POCO phone is considered to be a low-end model with a couple of selling points such as the battery and the screen.