The Xiaomi Mi Band 7 has been launched not that long ago. So no one has been thinking that Xiaomi will add a new product to the series so soon. Anyway, a few days before the launch of the Xiaomi Mi 12S series of smartphones, we began getting various news concerning a new model, namely the Xiaomi Mi Band 7 Pro. From the name perspective only, this should be the advanced version of the smartband mentioned above. However, this is more a smartwatch rather than a smartband.

The 7 Pro sports a large 1.64-inch AMOLED screen. It has an 87.7% larger display area. Therefore, this handset will be able to display more information. Apart from making the display larger, the company also developed a special UI that helps the Xiaomi Mi Band 7 Pro have a smoother operating experience. By the way, it can intelligently adjust the screen brightness according to ambient light.

Of course, if it is only the screen improvement, the Xiaomi Band 7 Pro wouldn’t be added to the series so quickly. As you guess, there are other enhancements as well.

For the first time, the Band 7 Pro series has added independent satellite positioning. Now, it supports a five-star simultaneous search. During exercise, you can put down your mobile phone and pack lightly and maintain excellent positioning accuracy. 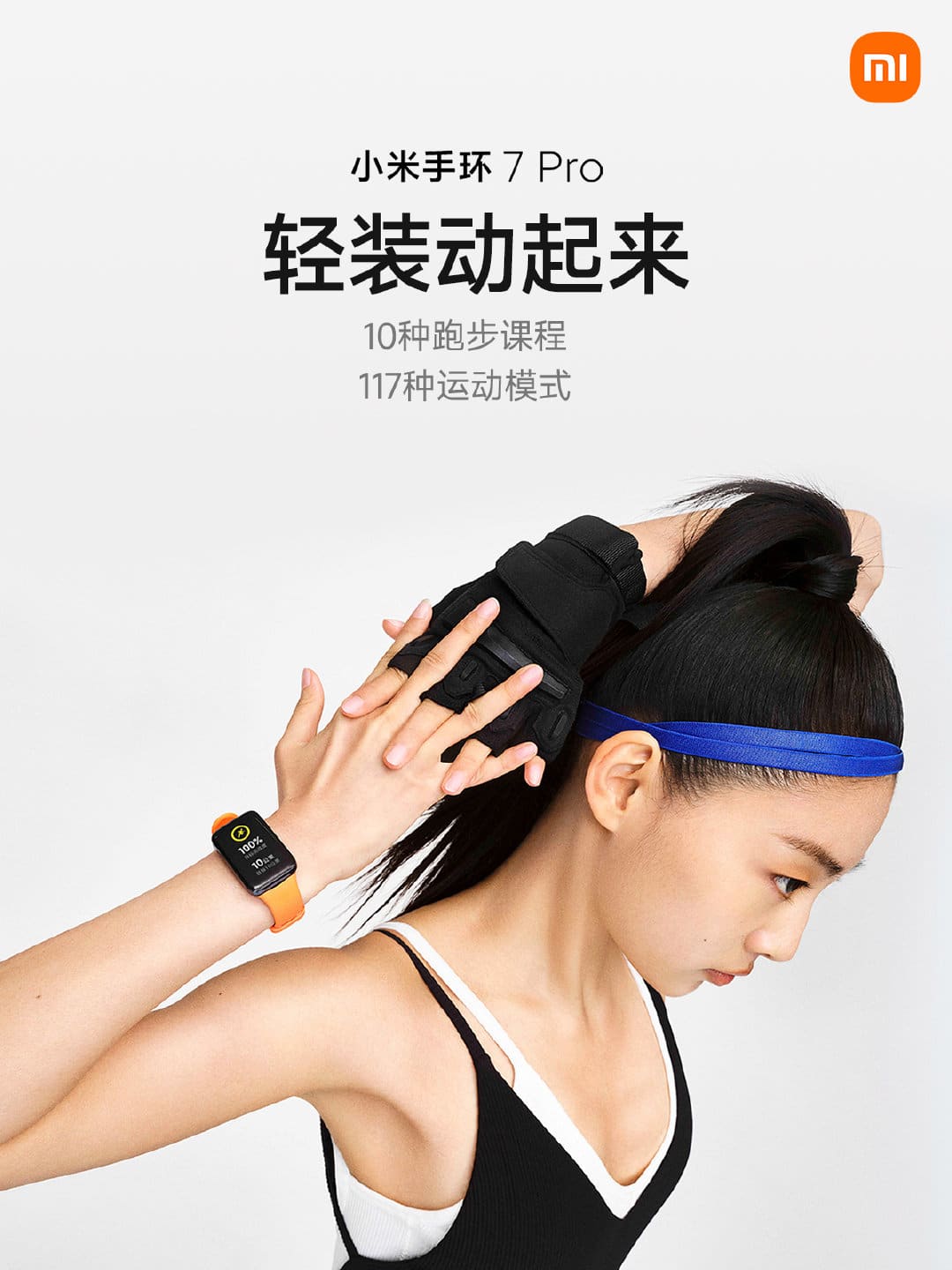 At the same time, the improvement of hardware has also brought a total of 117 sports modes to the Mi Band 7 Pro. Plus, it supports running courses on the wrist and 1V1 PK confrontations between friends.

We are dealing with a half-smartwatch and a half-smartband. So it’s reasonable to find health monitoring functions as well. In this sense, the Xiaomi Mi Band 7 Pro supports all-day heart rate and blood saturation monitoring. The watch will actively remind you when the data is abnormal. 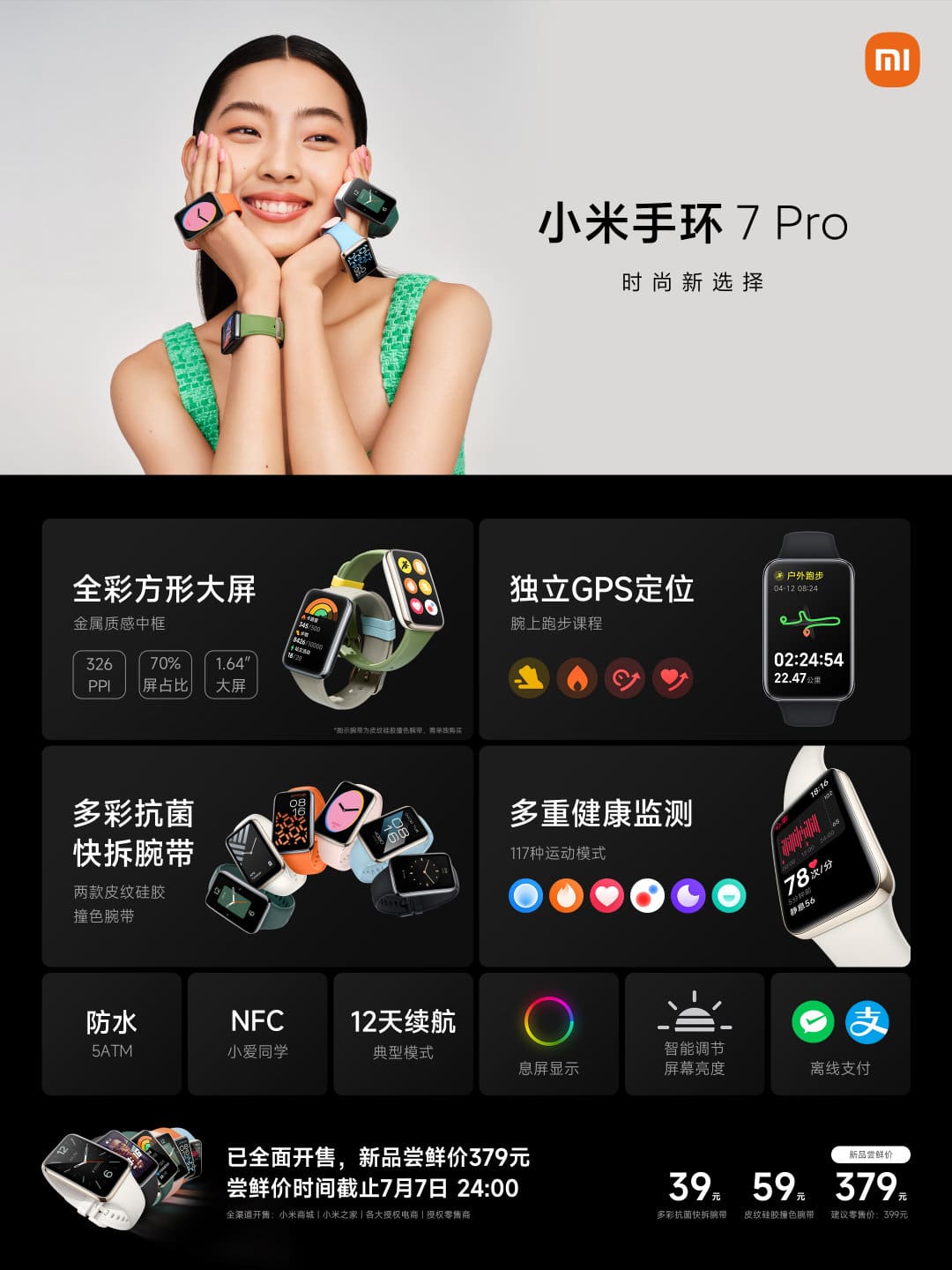 Moreover, the watch inherits the sleep monitoring function of the Xiaomi Mi Band series. The bracelet can record the sleep time and sleep status every night, and monitor the sporadic naps during the day.