Things Are Heating Up In Xiaomi Mi 12S Series

Earlier today, Xiaomi issued a few official statements concerning its new phones. Especially, it talked about Xiaomi’s camera phones’ strategy and said that on July 4, it will uncover the Xiaomi Mi 12S line models. This is the series, of which the camera was jointly developed by Xiaomi and Leica.

The company also released a few posters. From them, we can see that the rear lens module is round, and the ring is decorated with gold. Lei Jun revealed that this circle is plated with real 23K gold. The purity of 23K gold is about 95%, second only to 24K pure gold, but it should not directly use gold as a whole when it is used on the edge of the mobile phone lens. So it is likely to be gold-plated on the surface. In fact, gold plating is an old tradition of Xiaomi’s high-end flagships. As early as the MIX 2 generation, Xiaomi created an 18K gold-plated lens cover.

In addition to the gold wrapping of the lens, the Xiaomi Mi 12S Ultra also uses a gold middle frame. 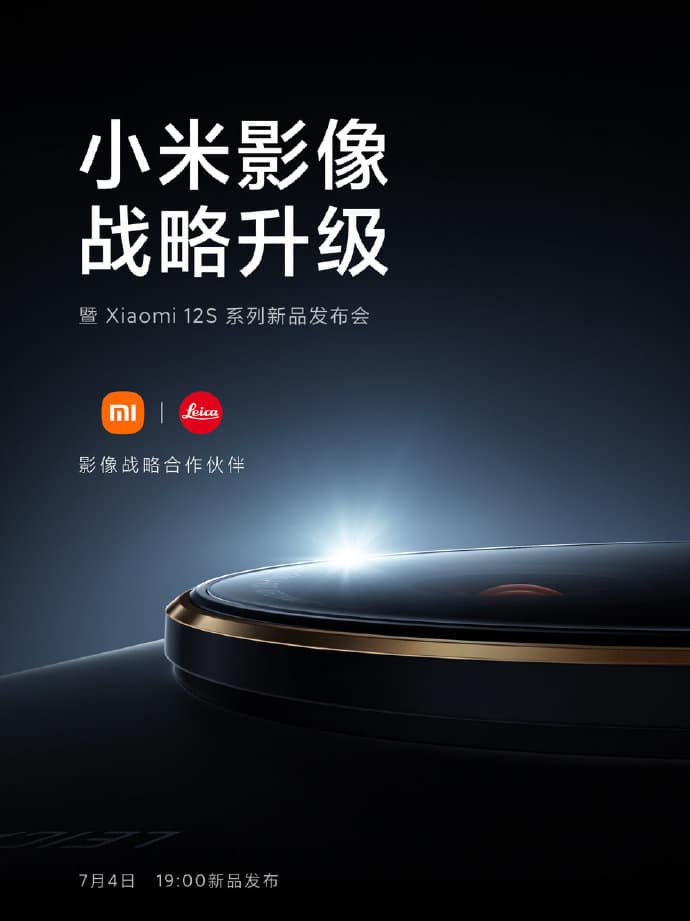 It is worth mentioning that there is a white Leica logo on the body of the machine.

By the way, a month ago, Xiaomi announced a global imaging strategic cooperation with Leica. The Chinese company also said that the first models with Leica goodies will appear on the market in July. They added that this cooperation involves the whole link of smartphone imaging from optics, imaging, image processing, experience, etc. Leica also specially sent a team of engineers to Beijing to work side by side with Xiaomi’s engineers.

According to the manufacturer, they are described in the following way:

In terms of core features, the new Mi 12S and Mi 12S Ultra will be equipped with the latest Qualcomm Snapdragon 8+ chip. Whereas, the Mi 12S Pro will be available in Snapdragon 8+ and Dimensity 9000 chips. 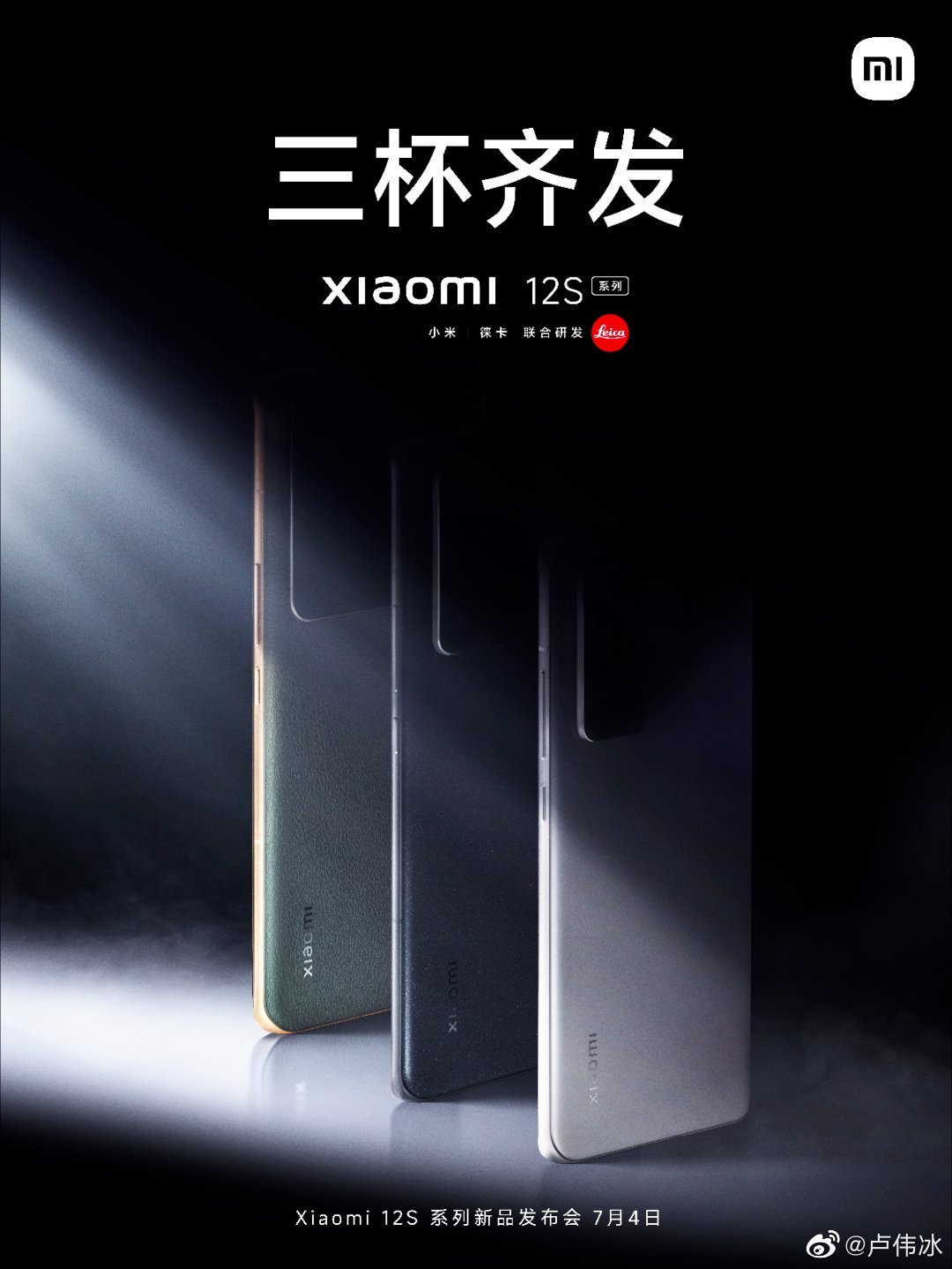 By the way, there was an interesting case with the Xiaomi Mi 12S Ultra today. The imaging capabilities of this phone will obviously hit the world’s first. But Lei Jun issued a statement saying that the phone will not be sent to DXoMark for testing. Thus, we won’t know the phone’s review at the world’s most popular camera evaluation platform.

Some Mi fans supported Lei Jun’s decision, while others had some complaints. Those who supported said that the DXoMark’s scores had been controversial in recent years. A high score does not mean that the overall camera experience of the mobile phone is good. There have been many typical cases in this regard.

No Phone Will Be Sent To DxO, Why?

DxO said that they provide a variety of evaluation forms. Say, they not only test the models sent by manufacturers themselves but also test models that appear on the market. So we shouldn’t rule out the possibility that DXO will evaluate the Xiaomi Mi 12S Ultra… and give a low score to it. 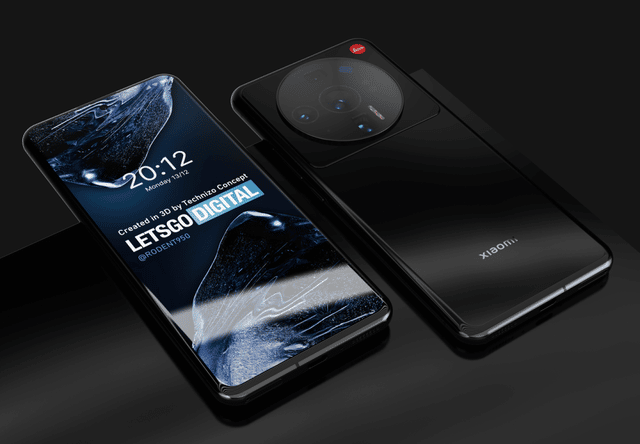 Frankly, we do not understand Xiaomi’s decision because previously, Xiaomi has sent a number of mobile phones to DXO for testing. For instance, it sent the Xiaomi CC9 Pro Premium Edition, Xiaomi Mi 10 Ultra, Xiaomi Mi 11 Ultra, etc. And all these models topped the platform’s list.

The Xiaomi Mi 12S Ultra will use a 6.7-inch Quad HD+ resolution AMOLED screen with a refresh rate of 120Hz. It will also support LTPO technology. The built-in 4800mAh battery is going to support 67W wired fast charging and 50W wireless flash charging.

The Xiaomi Mi 12S Pro will sport a triple camera. The main sensor will have a 50MP resolution. The information marked on the lens is Leica VARIO-SUMMICRON, f/1.9-f2.4, 14mm-50mm, supports 2x optical zoom.

As for the rest of the key features, the Pro will sport a 2K AMOLED full-screen. Also, it will support 120W wired flash charging.