The Xiaomi MIX 4 is the company’s first under-screen camera smartphone that also comes with a number of outstanding features. But only a few users know that the phone also launched a new generation of Xiao Ai Translator, which can enable AI subtitles.

According to Xiaomi’s engineers, the new Translator adopts the most advanced AI technology and is based on Xiaomi’s self-developed simultaneous interpretation technology. It can help users translate quickly anytime, anywhere. The Xiao Ai Translator is very convenient to use. Pull down the control center to open the translation floating window in seconds.

The XiaoAi Translator has a wide range of usage scenarios. For instance, live video, online meetings, voice calls, and other life and work scenes. Its translation is stable and fast, with little interference to reading, and compatible with a variety of English accents.

In addition, Xiaomi also stated that the Xiao Ai Translator will gradually build translation terminology resources based on professional scenes required by users, improve the professionalism of machine translation, and will support more minor languages.

Xiaomi has also announced the follow-up plan for the new generation of Xiao Ai Translator. Its development version launch date is on August 11th. The Xiaomi MIX 4 runs it smoothly. Other models will be getting it soon. The update will be gradually pushed along with the MIUI12.5 stable version from September. 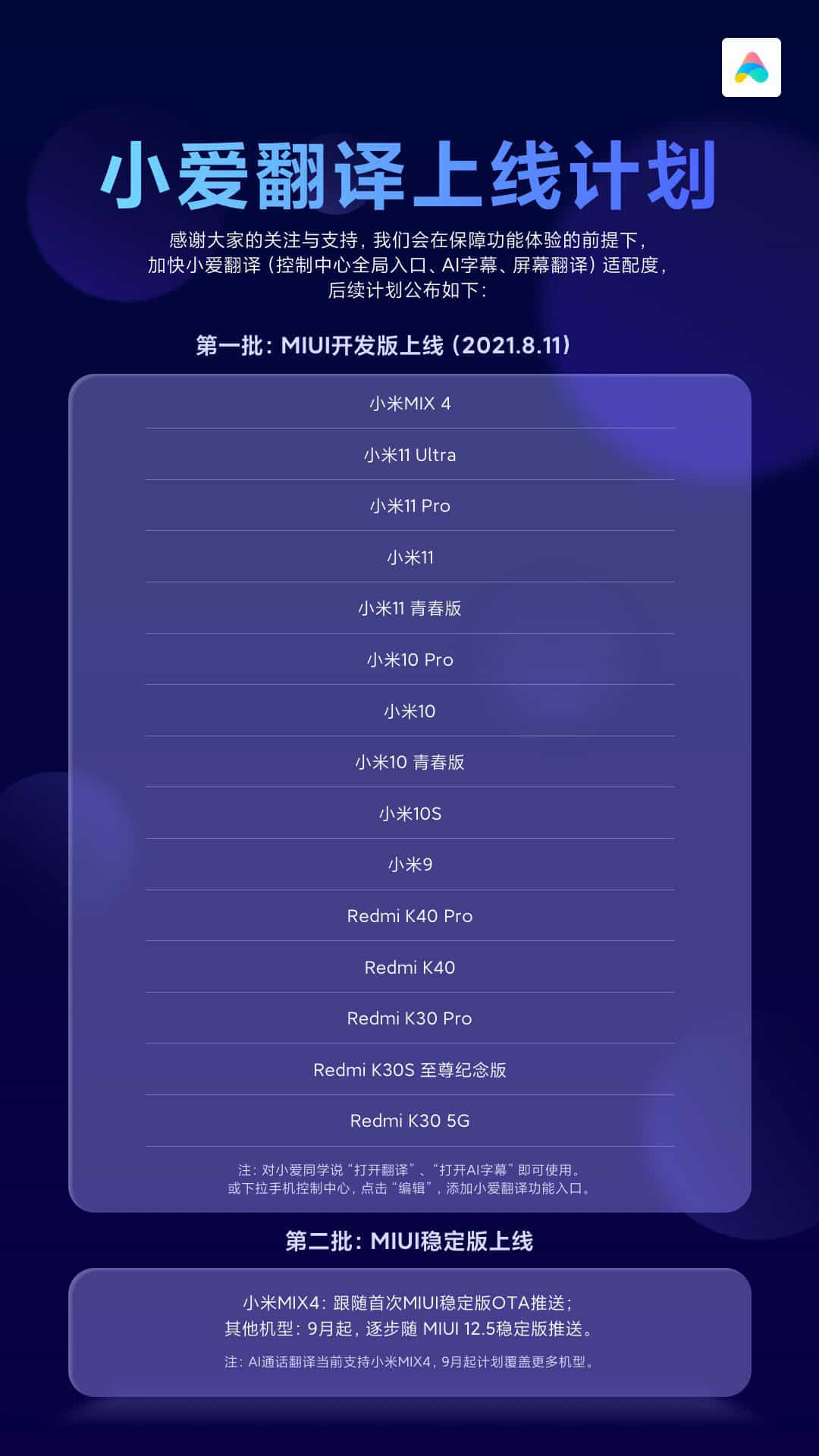 Actually, many will ignore this news but such small things make any company big. So when choosing a smartphone, you should not only pay attention to the price and the look but also to the features like this.